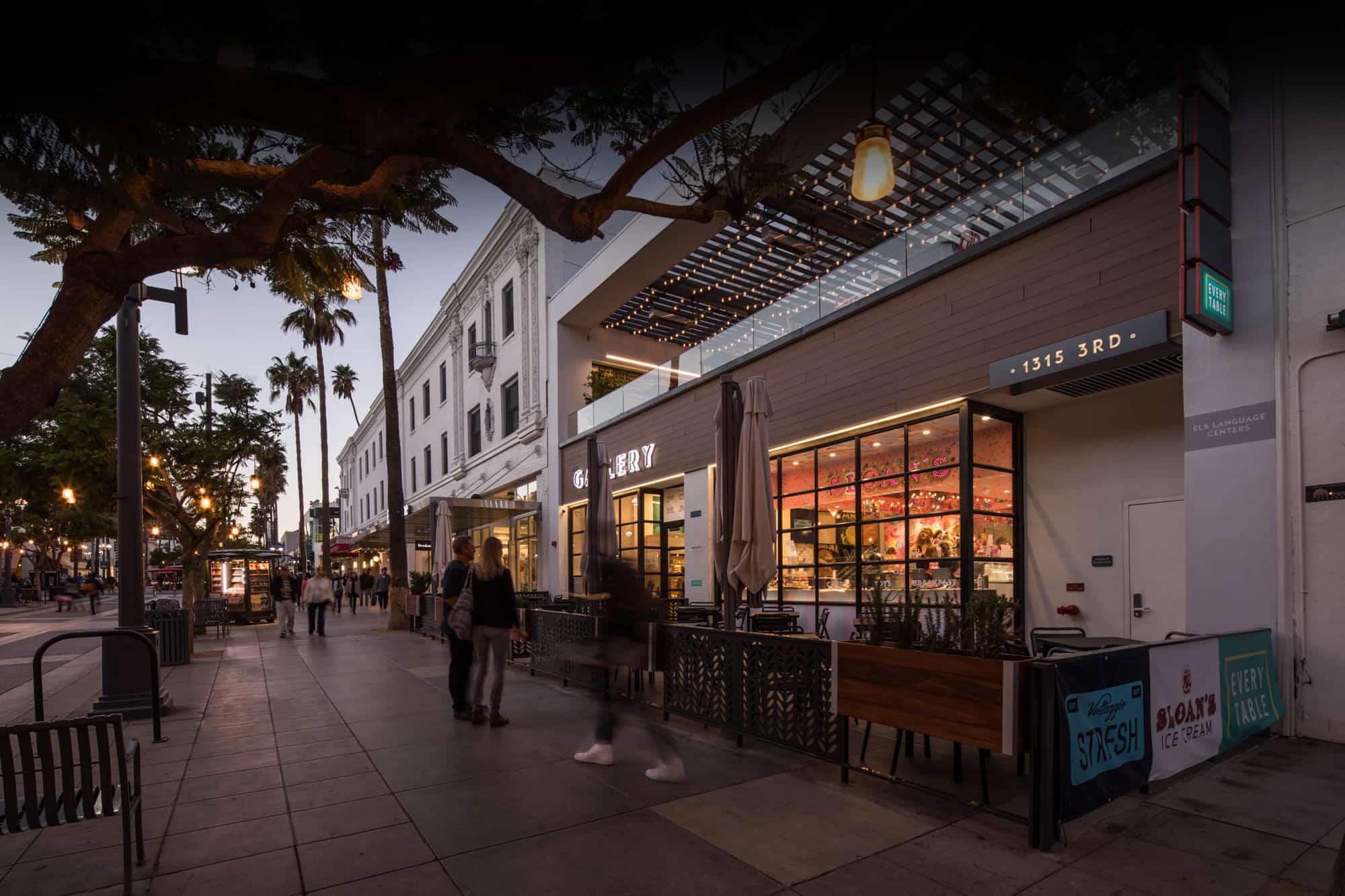 A new dining hall and ghost kitchen is coming to the Third Street Promenade in Santa Monica.

The former Gallery multi-restaurant space, home to such restaurants as Paperboy Pizza, Voltaggio STRFSH, and others, on Santa Monica’s Third Street Promenade at 1315 Third Street, has closed and the space will now host Kitchen United MIX, a dining hall and ghost kitchen, as reported by Toddrickhall.com.

Their website describes it as “the future of takeout & delivery, the nation’s first “Multi-Restaurant Ordering” to-go experience. It’s the only destination that allows foodie fans who love variety to order meals from 10+ restaurants, all on the same bill.”

At Kitchen United Mix, patrons can pick and choose different dishes from multiple restaurants instead of picking from only one menu to be delivered or as take-out as your tastes dictate.

A late October opening date was reported by Toddrickhall.com.