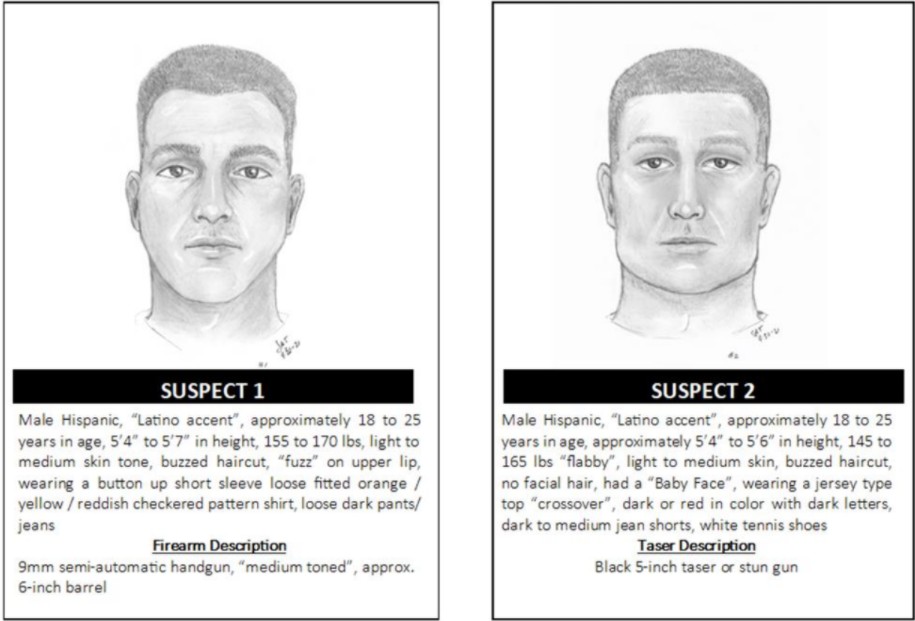 Santa Monica police have released sketches of two men wanted in connection to a recent shooting.

According to the Santa Monica Police Department (SMPD), on September 22 around 3 a.m. officers were dispatched to Ocean Avenue and Pacific Street to investigate a shooting.

“Officers met with the victim who told them that he was asleep in his vehicle when two  male suspects armed with a handgun and taser, opened his door and demanded his  car keys. A verbal altercation ensued. Suspect #2 tased the victim, then Suspect #1 shot the victim in the face,” the SMPD wrote in a press release.

Both suspects fled southbound Neilson Way through Ocean Park Blvd in a vehicle described as an older SUV, possibly a Sequoia, 4Runner or Tahoe.