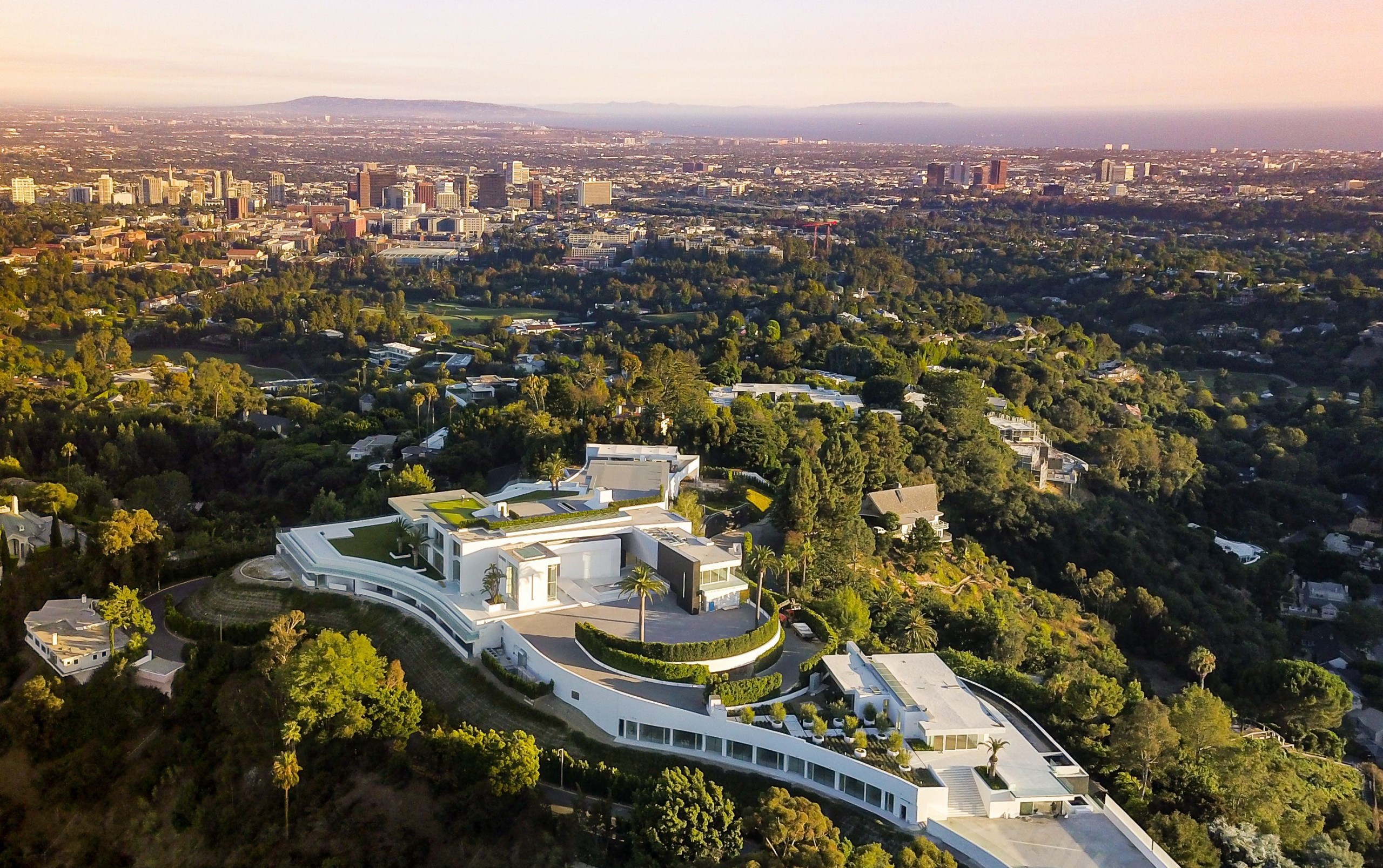 The One pulled from Los Angeles Superior Court  foreclosure sale

An infamous mega mansion in Bel Air continues to be at the center of a lengthy legal battle.

As reported by the LA Times, Nile Niami’s development company Crestlloyd’s 105,000 square foot mega-mansion in Bel Air, dubbed The One was pulled from a Los Angeles Superior Court’s foreclosure sale in Pomona just as it was set to be auctioned off to the highest bidder. Niami is formerly a film producer who went into real estate after a run of films in the 1990’s. The One is possibly the largest contemporary home in history, but the is not completed and does not have a certificate of occupancy from Los Angeles County.

The foreclosure auction was set after Crestlloyd failed to pay $106 million in debt to Hankey Capital, the real estate lender Don Hankey’s company, in the spring. This is not the first time that creditors have attempted to sell the property off. It was the third attempt that was delayed by one or more of the involved parties. Hankey put off the sale that was scheduled in July after deciding that the property should be completed and sold by a third party receiver company. This was a choice that was supported by Niami and the other creditors. When Hankey reversed course and pushed the sale ahead, one of the other creditors, Joseph Englanoff’s Yogi Securities Holdings, filed for a temporary restraining order which was not granted. Englanoff is a doctor and a frequent investor in Niami’s deals and believed that Hankey was attempting to take ownership of the property at auction or take all the money generated from the sale. This action delayed the sale to October 27. The delay was an attempt to allow the different creditors time to come to an agreement by Superior Court Judge Mitchell Beckloff.

The mega-mansion, which was formerly estimated to be worth upwards of $500 million, was estimated to be worth $325 million by Crestlloyd in their bankruptcy documents along with $180 million dollars in debt with $176 million of that total as secured debt according to the LA Times. Bankruptcy Judge Deborah Saltzman will take the case and, for now, that will keep the property from being auctioned off.

The disputed property, located at 944 Airole Way in Bel Air, is more than just a regular home, according to to the LA Times it “features ultra-luxury amenities such as multiple pools; a spa; a beauty salon with washing, cutting and pedicure stations; cigar and candy rooms; a four-lane bowling alley; a rooftop putting green; and a multiplex-size movie theater.”

SierraConstellation Partners’ Jim Peters has been appointed manager of Crestlloyd according to the LA Times and is quoted by the Times as having said, “the focus will be on completing the home, marketing it and ensuring it is seen by prospective high-level buyers — including one who ultimately purchases it. This isn’t just a regular home to sell, so there’s certain steps you need to take to be able to deal with a home like this. It starts with money, and working out a deal to be able to execute that is probably the top priority right now.” As of now, the foreclosure sale has been postponed to Nov. 29.

The question in this bankruptcy case and struggle for control of the property is based on whether or not the home still has enough value to pay back the creditors like Hankey Capital. The LA Times quotes John Tedford, an attorney at Danning Gill,  “If the property is worth less than Hankey Capital is owed, the judge is more likely to allow Hankey to proceed with its foreclosure,” he said. “It becomes a battle of experts — Crestlloyd’s appraiser versus Hankey Capital’s appraiser — with the judge somehow having to decide how much this unique property is worth.”