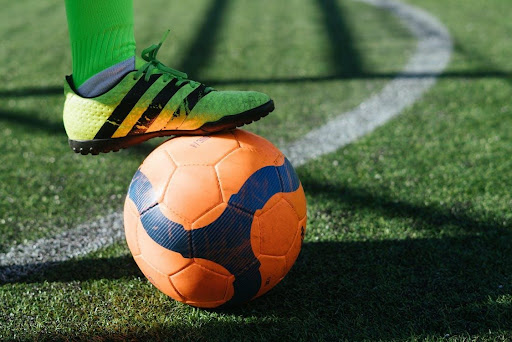 Despite soccer being the world’s most popular sport, the US population has never seemed to consider the sport as one of the country’s most distinguishable assets.

However, given how soccer has continued to prosper and flourish throughout the country in recent years, more cities and citizens are now beginning to incorporate the ‘beautiful game’ as a welcoming commodity, with the city of LA being a proud destination of some of the country’s greatest teams.

With the MLS Play-Offs now well underway, fans of the popular sporting league have already been clamoring and dreaming of witnessing their favorite team winning the coveted MLS Cup.

For a large while, the city of Los Angeles only housed one MLS team named the LA Galaxy who have since enjoyed great success and brought a range of high-profile soccer athletes to one of the country’s most established markets.

Zlatan Ibrahimovic, David Beckham and Steven Gerrard are amongst the most famous names to don the illustrious Galaxy colors, but since the league and the city itself has taken a keen interest towards the sport of soccer, another team has since been founded within the city limits with the aims of competing with the Galaxy for the title of LA’s premier soccer team.

Los Angeles FC are the latest edition to the LA sporting sector and have since become a major staple in the MLS during their short stint in the league since the team’s establishment in 2017.

While both LA teams have missed out on securing a seed in the Western Conference Play-Offs this season, LAFC have made great ground since their establishment and look set to be a major force in the MLS for years to come.

A number of teams from both the Western and Eastern Conference have been touted as the early favorites to win the cup this season with the latest sport odds favoring the higher seeded teams that include New England, Philadelphia, Colorado and Seattle.

Similar to fellow sporting league’s including the NBA and NFL, LA as a city now boasts two major teams that most fans may sight as future championship contenders.

LA Galaxy are arguably the country’s most popular soccer team given the sheer stardom of names that have once worn the fabled white and black shirt, but now face stiff competition from one of the league’s newest teams.

After originally starting out as an expansion team, LAFC has grown to great providence and now bolster a squad of veteran names that most soccer fans in Europe may recognize.

Their star-studded winger Carlos Vela originally played in Europe with the likes of English giants Arsenal and later Spanish side Real Sociedad before jetting off to the LA sunshine as a part of the MLS’ newest team in the summer of 2017.

Given that the city now includes two very well received and impressive teams, sporting outlets have now labelled their derby encounters as ‘El Tráfico’ for the common occasions that both neighboring rivals will play each other.

These rivalries have further helped elevate the sport’s popularity and attendance for events given that more fans have since become interested in rooting for a team that is now a bitter rival of their closest side.

Whether you’re a fan of soccer or not, the FIFA World Cup is the greatest and most watched event in all of sports and has forever been a major highlight for all US sporting fanatics.

The 2026 event will be housed across the entire continent of North America meaning that Canada, the US and Mexico will all be hosting a different game every day with a greater number of teams also being permitted into the competition.

This will mark the first time the US has qualified for the World Cup since 2014, where they were narrowly beaten by a star-studded Belgium team despite a legendary performance from legendary US goalkeeper Tim Howard, a game which further peaked the interest of the sport across the country.

To further add to the excitement, a number of games will be hosted within the city of LA including at the city’s latest sporting metropolis, SoFi stadium which is of course the home of the LA NFL teams Rams and Chargers.

This will surely help bring an even greater interest of soccer to the state of California and the country as a whole, given that the MLS has also introduced even more teams to the league since LAFC’s expansion roughly five years ago.

While soccer may never grow the same stature in the US that it is viewed as in Europe, South America and Africa, it’s no secret that a greater number of American’s have begun indulging their interests into the sport.

LA as a city is not primarily familiarized for its sporting culture despite bolstering some of US sports’ most successful franchises, but soccer is certainly on the rise throughout the state of California, with the 2026 World Cup sure to give it that extra boost and become a mainstay throughout US sports’ interests.