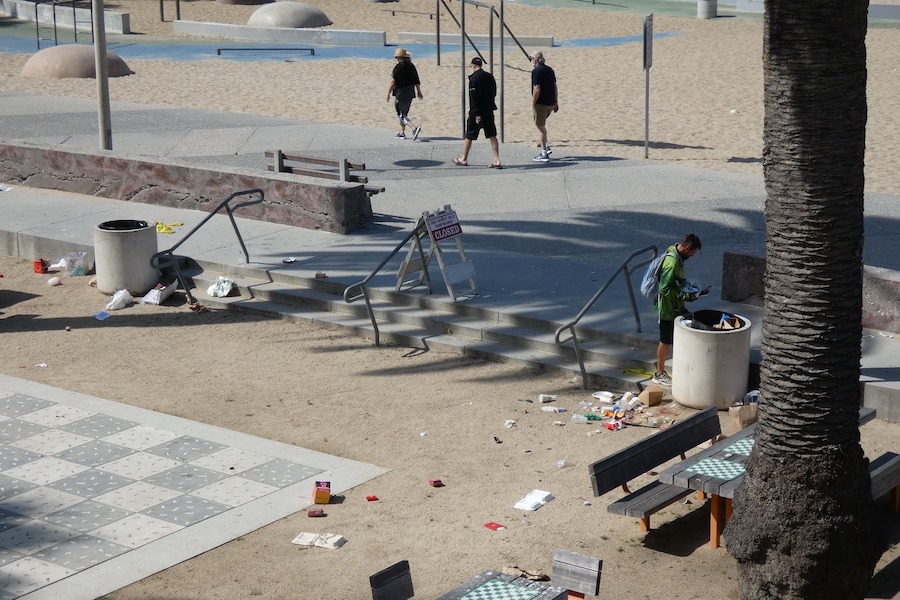 Santa Monica police say no arrests were made in an incident involving an airsoft gun at Chess Park.

According to the Santa Monica Police Department (SMPD), on November 16 around 2:30 pm units responded to a “man with a gun” call at Chess Park on Ocean Front Walk.

Officers safely made contact with the individual and were able to quickly identify that the items in his bag were parts of an airsoft rifle and could not be fully assembled into a working device. No other weapon or replica of a weapon was located.

“Contrary to rumor, there were no victims of criminal threats nor brandishing of this replica firearm.  The male subject surrendered the parts of the airsoft to our officers,” the SMPD said in a statement. “The individual in possession of the replica rifle did not meet the criteria for an involuntary psychiatric hold. Per current law, officers collected as much personal information as possible and confiscated the airsoft parts.”

According to the SMPD, Penal Code 20170 is a California gun law that makes it illegal for a person to display an imitation firearm in public. A first offense violation is treated as an infraction and not punishable by imprisonment.

“We thank the community members that reported the incident,” the SMPD added.