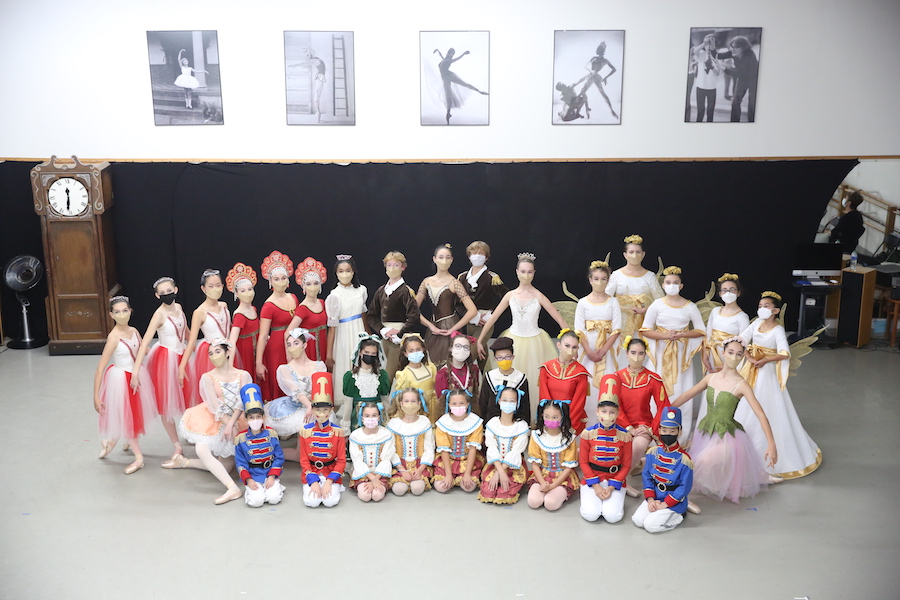 Santa Monica residents and students who dance for Westside Ballet of Santa Monica have a special holiday gift this season. The pre-professional company is returning to the live stage for the first time in two years with six performances of “The Nutcracker” on Nov. 27-28 and Dec. 4-5.

“Words cannot describe how thrilled we are to finally return to The Broad Stage, which has been our home stage since 2013,” said Martine Harley, Westside Ballet’s artistic director. “There is truly nothing like sharing the exquisite artistry of our production and talent of our dancers with the greater Santa Monica community.”

Debuting in the principal role of the Sugar Plum Fairy is Santa Monica native Daniella Zhou, the most recent protégé of the Westside Ballet’s artistic team. Now in her first season in the Pre-Professional Division at Miami City Ballet, Zhou danced with Westside Ballet for nine years and went to Samohi.

Accompanying Zhou as the Sugar Plum Fairy’s Cavalier is Principal Guest Artist Chasen Greenwood. Featured in Dancer Magazine as “one to watch” after completing a nationwide tour as soloist with State Street Ballet.

“The Russian dance has always been an audience favorite,” says Harley. “We are so proud of our advanced young male cast members, who train tirelessly — over 25 plus hours a week — and have mastered the exuberant Russian dance to a level usually reserved for one professional guest soloist.”

A tenth grader at Santa Monica Crossroads, Madalyn Braun (16) is one of 35 Santa Monica Residents and students of the 67 total pre-professional dancers in the production. Braun performs the mechanical Doll solo, the Center Chinese duet, and dances in the corps de ballet as a Flower in Waltz of the Flowers and a Snowflake in the sublime Snow Scene.

“I am very excited this year! This is my first time having a solo,” says Braun. “Ever since I was little, I’ve always wanted to be the Doll.  I remember watching Nutcracker my first year and dreaming that one day I could be in that role. Not only has ballet taught me to dance, but it has taught me to overcome challenges, and to have discipline. And not always getting the role I wanted, has truly taught me to work hard and not give up.”

Skye Smith (15) shall also dance as the mechanical Doll solo in separate performances. Like Braun, Smith also performs the Center Chinese duet, as well as the Flower and Snowflake roles. Smith is in 10th grade at Samohi where she plays violin in the Philharmonic Orchestra.

“Important traits a dancer should have are determination and focus,” shares Michaels. “It can be easy getting swept up in comparisons and bad self-image, so it’s helpful when we can block out those thoughts and think more about our training. Obviously, nobody is perfect in the studio, so we can’t make a big deal when we mess up. We just have to push through it and try our hardest to get better…

‘What I enjoy most about training at Westside is that we are taught a variety of styles and the teachers don’t strictly force us to do some things a certain way. There are many steps that are done differently between, for example, Balanchine and Russian technique, and we are exposed to both versions of that step. This helps a lot when auditioning for other schools that teach a specific method. We can adapt to any school’s style and do well. That being said, the teachers at Westside still follow Balanchine’s ballet rules and carry on his legacy.”

Westside’s Nutcracker interpretation is a close rendition of George Balanchine’s classical ballet, which in turn was a homage to the original story first danced in 19th-century Russia to Pyotr Ilyich Tchaikovsky’s beloved score.

Westside’s co-founder Yvonne Mounsey — who created the Nutcracker role of Center Spanish during the peak of her career as a principal dancer with New York City Ballet — brought the ballet to Los Angeles in 1973, adding her own unique choreography to the mix. Updates and adaptations to the production have been made under Harley’s direction after she succeeded Mounsey in 2013.

“The goal is always to maintain the integrity of our cherished Nutcracker, and also keep it fresh and apropos for the current generations,” Harley said.

“We have survived — now it’s time to thrive!” said Allegra Clegg, Westside School of Ballet’s studio owner and daughter of co-founder Mounsey. “To be sure, the epidemic has disrupted the way the performing arts field has thought about dance. Like other nonprofit performing arts organizations, Westside Ballet had to embrace the concept of producing dance digitally to keep ballet alive in our community and to share with those who enjoy and support the art form. We have been so grateful to all the individual and foundational donors that were able to come forward in unprecedented ways to support our dance company and increase their giving through our Crisis Relief Campaign.”

Westside Ballet will be implementing a mandatory vaccination and mask policy.