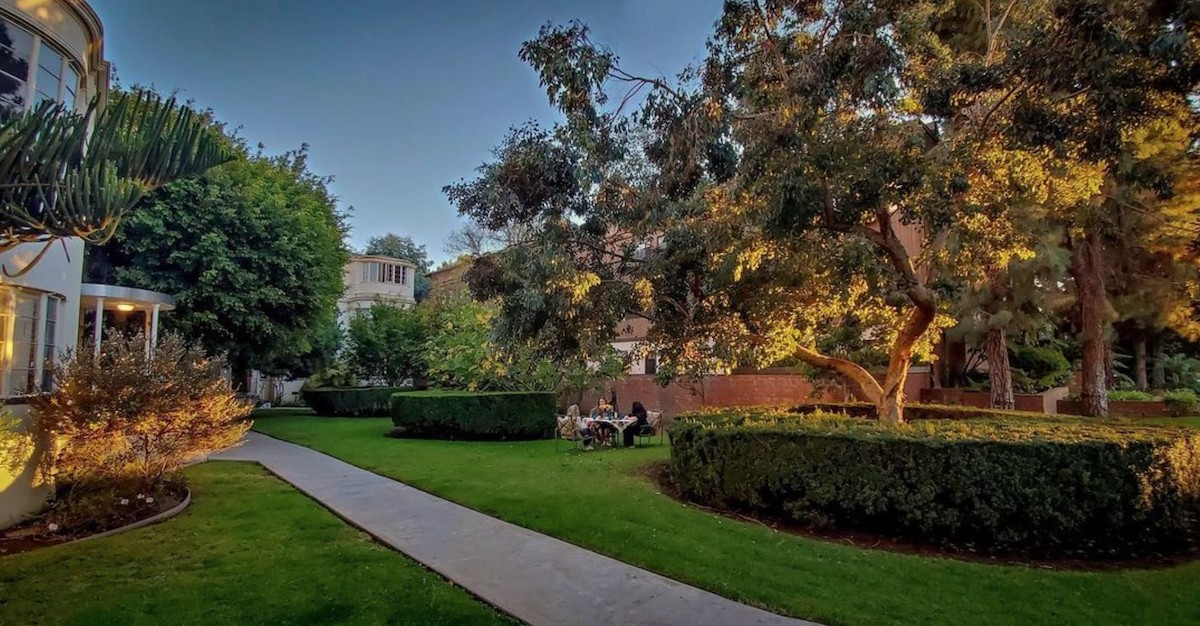 In honor of the COP26 United Nations Climate Change Conference this week in Scotland, here is a timely Wake Up Call. We take our trees for granted. We’re all guilty of this. Think back to your childhood. Unless you grew up in the middle of a huge metropolis, probably some of your most vivid and cherished memories center around the trees you played in, around and under. They were just there, you thought. They existed in your neighborhood before you arrived on this Earth and they will be there after you are gone, right? WRONG! If we don’t start taking our relationships with our trees more seriously, they will not be here to extend their graceful branches over the play areas of our children of the future.

Why keep mature trees rather than planting new ones? A young tree can take many years to grow to full height and breadth. A mature tree can absorb more than 48 pounds of carbon dioxide per year, while releasing oxygen back into the air. For example, in Chicago, trees remove more than 18,000 tons of air pollution each year. Trees, of course, are a worldwide concern. We can each make a start in preserving them, on a neighborhood level, one tree at a time.

In a very well researched article for the LA Times that was published on November 1st, reporter Tony Barbosa points out the variation in climate warming and quality of life and health between communities rich with trees and those with more concrete than trees. He says, “Neighborhoods with few trees and a lot of pavement, large buildings and other heat-absorbing surfaces can be 10 degrees warmer than surrounding areas…tree canopy coverage above 40% can cool the air by as much as 10 degrees.”

I’ve heard “through the grapevine” of social media that some tenants in the oldest apartment building in the San Vicente Boulevard Courtyard Apartments Historic District here in Santa Monica are facing the loss of some dozen or so mature trees that have grown on their property for decades. The current owner of the building has decided to tear out the existing trees in favor of an austere remake. Included in the trees to be removed are a Star Pine, Silver Dollar Eucalyptus, Avocado Tree, Edible Fig Tree, Rubber Tree, Italian Stone Pine, and Umbrella Tree.

The landlord’s new design would remove shade and greenery that give this building its aura of a bygone era and make it one of the most stunning refuges of natural beauty in Santa Monica. This Streamline Moderne architectural gem at 212 San Vicente has a courtyard that reflects the original design of the complex by architect William E. Foster, who also conceived the Shangri La Hotel on Ocean Avenue. The 212 Courtyard is currently in need of some cleanup and trimming. However, it is an extraordinary place of peace, shade and tranquility inhabited by wild birds and squirrels. The collection of mature trees in the courtyard provides cooling shade cover and releases oxygen into the environment.

The tenants of 212 have become as much a part of a property as the vegetation. Most of them have made their homes in this complex for many years and as its caretakers, they have enriched its value. This courtyard is an extension of their apartments. The pine in front started as a tiny sapling placed on a windowsill by Marie, an aging vaudevillian actress and the first tenant-manager of 212. When she felt it was ready, she planted it where it stands today, taller than the building it shades. Note that the owner has opted to save this pine. Other tenants planted trees that are now grand and flourishing. They have invested their time and passion into the property. The owner has invested money. The tenants’ fight for their trees becomes a David & Goliath fight – passion versus dollars.

Jeff Appel is the owner of 212 San Vicente. As owner/caretaker of a historic property through the Mills Act, he gets a good property tax break. Conversely, he carries the responsibility to maintain the historic elements of the building and its grounds and the Landmarks Commission must approve any major changes. On September 13th the commission granted him permission to make updates and repairs to the building itself, postponing the decision on the landscape to the upcoming Landmarks Commission meeting on Monday November 8th at 7:00PM.

There seemed to be a question at the September meeting as to whether the historic designation of these buildings included the gardens and courtyards of the structures or whether it only pertained to the buildings. Wait…what? The name of the district is “The San Vicente Boulevard Courtyard Apartments Historic District!” Can you make a peanut butter and jelly sandwich with only peanut butter? Can you preserve a historic 1937 courtyard apartment building without preserving its era-appropriate courtyard? That concept should apply to all the buildings in the Historic District. The Ordinance establishing the Historic District was passed by the City Council in January 2016 and states that the “Courtyard apartments in the District are low-scale…with open plans partially or fully surrounding exterior landscaped courtyards with unique specimen tress and features…constructed between 1937 and 1956 with an overall layout or plan that includes a landscaped open space.”

Every landowner in this world is a caretaker of the neighborhood surrounding their land. The owner of 212 is a high profile landlord in Santa Monica who owns several properties in the San Vicente Historic District. He has already changed the landscaping at more than one of these properties and it is reported that he intends to “do them all,” according to one local resident.

The tenants of 212 have felt that Mr. Appel listens to them more genuinely than previous landlords. He could set an example of professionalism and sensitivity to the area surrounding his land and buildings – he could show laudable stewardship of the environment and of a Santa Monica landmark by asking his design team to rework their plan for 212 San Vicente to reflect the design era of the building and include the existing trees and rather than ripping them out in favor of the contemporary landscaping he plans to install.

He has listened to his tenants’ concerns and has agreed to make some minor changes in his landscape plan, striking from his design some of the concrete surfaces. However, he should not take away the historic look of the courtyard. That is part of the building’s original architecture. He says he will plant new trees and that’s fine. However these new trees will not mature for years. He should leave the mature trees, at least until his new trees have reached enough height to give shade and beauty.

The City of Santa Monica website, on its Urban Forest page says, “Santa Monica’s urban forest is a highly valued resource and a cornerstone of sustainable communities. Larger trees provide significantly greater environmental benefits to the community than smaller ones.” Mature trees are part of the significance of the Historic District.

This is a Call to Arms for all Santa Monicans! Our city has lost a lot of its tree canopy over the last ten years. We must treasure the living history of our city and we must begin to respect and partner with our trees, one tree at a time, if we want our planet to survive. Sign the Petition – go to @Save212Trees on Instagram. Write to the Landmarks Commission or call in to the meeting. “One Step at a Time,” you can make a difference!

To voice your opinion at the Landmarks Commission Meeting Monday 11/8 at 7:00PM:
View the meeting at https://primetime.bluejeans.com/a2m/live-event/fzurvwcx
Dial 1 408 740 7256, passcode 8172 once the caller queue for the agenda item opens. Call time limit 3 minutes. Or email the commissioners at planningcomment@smgov.net