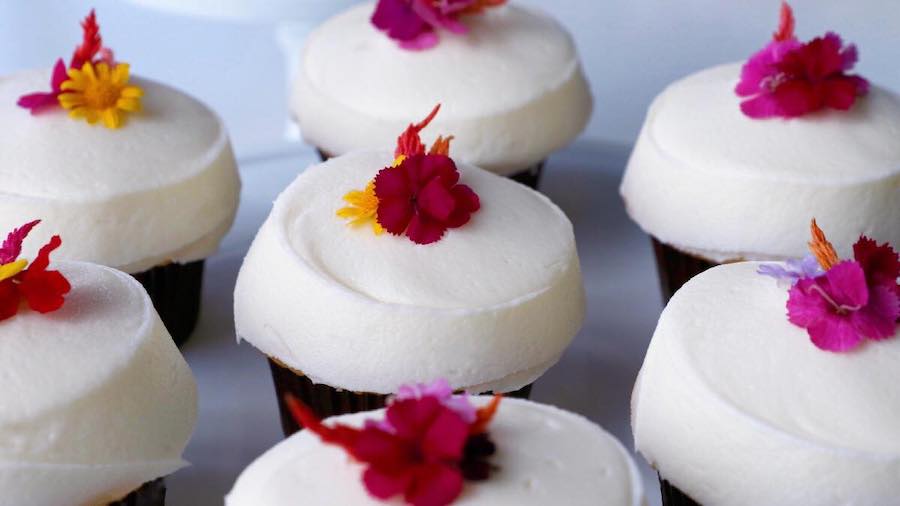 As reported by Toddrickallen.com, the Santa Monica Place’s Food Court will be the new home of a Sprinkles’ Cupcake ATM. The ATMs, which complement the chain’s 24 brick and mortar locations, can hold 400 to 800 cupcakes, but the company says it rarely fills them all the way, preferring to restock more frequently.

Self Serve Taproom Comes to Venice

Beach and Brew, a new self pour taproom, has opened in Venice Beach at 405 Washington Blvd, a first for the Venice area as reported by The Argonaut. Daryl and Gade Dishluk are the owners and Chef Jason Fullilove, formerly of Patina and Campanile, is heading up the kitchen. The location has a full bar in addition to the 40 tap system. The tap system serves beer, California wines, hard kombuchas, cider, and seltzer, leaning more heavily on West Coast craft beers that are popular with patrons. Customers are not only allowed to sample different beers and wines during a meal, but are encouraged to do so. The menu serves locally sourced, when available, seafood, lobster, Santa Barbara sea urchin, and other items like gourmet burgers, pork knuckles and Pan Roasted Jidori Chicken. Brunch is on Saturdays and Sundays from 10:00 a.m. to 3:00 p.m., happy hour pricing is available from 3:00 p.m. to 5:00 p.m. Monday through Friday with a 20% discount on a special menu. The taproom replaces Japanese restaurant Kifune which closed in 2019.

Celebrity chef Tom Colicchio and Nextbite, ‘Wichcraft will roll-out nationwide in partnership Nextbite, which works directly with existing brick-and-mortar restaurants and kitchens to fulfill order for delivery only. It will start with locations all over the country and not only Los Angeles and Denver, centered on Colicchio’s ‘Wichcraft Sandwiches restaurant brand that was founded in New York City with chef Sisha Ortuzar as reported by What Now Los Angeles. Chef Tom Colicchio says in the press release, “Nextbite, with its unwavering focus on quality food and menus, is the ideal partner to help us expand the reach for our signature ‘Wichcraft sandwiches.”The other restaurants that will be part of the ghost kitchen delivery serviceaven’t been announced yet according to What Now Los Angeles. ‘Wichcraft is a premium sandwich restaurant that has expanded its menu to include breakfast items and coffee, small plates, and salads. The ghost kitchen locations are anticipated to open in early 2022.

Empire Hotdog’s food truck now has a more permanent location at 11819 Santa Monica Blvd in West Los Angeles according to Toddrickallen.com. In the empty lot at this address, Empire Hotdog has set up a space that includes tables, chairs, and a large LED screen above the truck that gives patrons a more comfortable outdoor restaurant feel to the food truck’s service. You can order hot dogs, burgers, wraps, or chili Doritos from the truck and have a seat and enjoy some musical entertainment via the LED screen.

The Draycott Restaurant in Pacific Palisades has reintroduced live music entertainment to their restaurant after nearly two years with musical artist Claire Nordstrom as their first performer. Claire Nordstrom already has quite a career for such a young artist; she has performed as a soloist with Andrea Bocelli, at Madison Square Garden and on a brief West Coast tour, and is featured on Bocelli’s album, My Christmas. Nordstrom also sang the National Anthem at a Seattle Seahawks game and is a regular performer at local private and charity events. If you would like to be added to the restaurant’s newsletter about upcoming music events at the restaurant, you can send a direct message to The Draycott on Instagram.