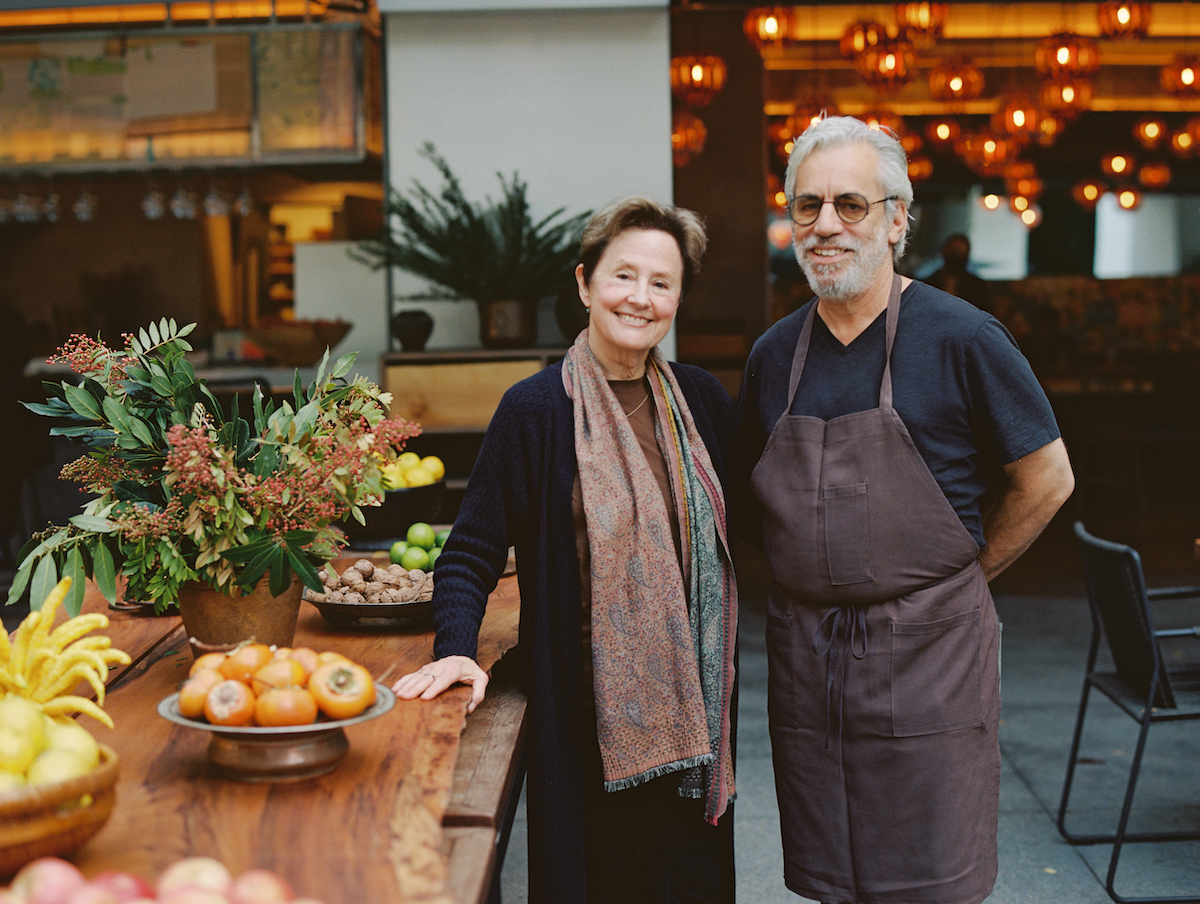 LULU, the new restaurant helmed by acclaimed chef and writer David Tanis, is now open in Los Angeles in the courtyard of UCLA’s celebrated Hammer Museum in Westwood on 10899 Wilshire Blvd. The project was conceived by chef, author and food activist Alice Waters and Hammer director Ann Philbin.

“Like the Hammer itself, whose purpose is to contribute to a more just world through art, LULU is built around a set of universal human values. The restaurant aims to support the immediate community through committed sourcing from local regenerative farms and collaboration with L.A. artists and designers,” reads a press release on the opening.

The team behind LULU leverages decades of experience. The project was conceived by Waters,The kitchen is helmed by Tanis, the chef and writer who worked with Waters at Chez Panisse for more than 25 years. He has also written cookbooks and a weekly column for the New York Times. Tanis is joined by Director of Operations, Jesse McBride, the former head of Food and Beverage at Chateau Marmont and The Standard hotel group.

“I’m very excited about this opportunity to come to LA and lead the kitchen team in realizing Alice and Annie’s vision of a new neighborhood restaurant that highlights locally sourced food and regenerative farming practices. The connections we have made with local farmers have been quite inspiring. And being able to do this at the Hammer Museum means we can reach a real cross section of the surrounding community,” Tanis said.

Open for lunch to start, LULU offers a three-course prix fixe menu, as well as an a la carte menu. Staying true to Tanis’s ethos of “market cooking,” the menus change daily depending on on the season. Examples of dishes on the menu might include: appetizers such as Baked Sonoma Goat Cheese with garden lettuces and golden beets, and California Halibut Carpaccio with Meyer lemon; main dishes like Mediterranean Fish and Shellfish Stew with local rock cod and Dungeness crab, and North African Lamb Tagine with Saffron Couscous; and desserts such as Lemon Tart with Créme Chantilly, and Olive Oil Walnut Cake with pomegranate. LULU’s a la carte offerings include focaccia sandwiches like Mozzarella and Arugula with Casella’s Prosciutto and a vegetarian Eggplant Banh Mi.

LULU is open for lunch Tuesday through Sunday from 11am – 6pm.