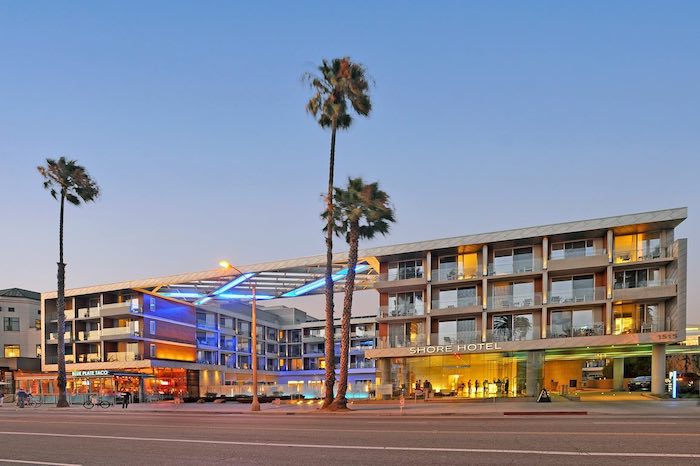 Santa Monica City Council recently approved the Shore Hotel’s proposal to open a new restaurant, create a ‘micro-hotel’ and add a massage spa, among other services.

Council’s action last Tuesday is in response to the Shore Hotel (1515 Ocean Ave) appeal of a Santa Monica Planning Commission recommendation to deny exceptions to zoning rules the Shore Hotel requested to allow for the new additions and amenities.

In a surprising four to three decision, Council voted to grant all but one of the uses that the Shore Hotel’s owners requested. It took five hours of debate and some passionate arguments for Council to come to the decision to give the Shore Hotel what it requested in the appeal. The hotel was awarded permission to add a micro hotel composed of 14 rooms, a restaurant permitted to serve alcoholic beverages and host live entertainment that seats 80 people and permission to open up a personal care service that provides massages to customers.

The decision required a text amendment be issued to allow the Shore Hotel to proceed despite zoning restrictions in the area. In addition, the decision went against the interest of the hotel workers union, Unite HERE Local 11, who has been engaged in a unionizing battle with the Shore Hotel for years.

In particular, Councilmember Lana Negrete’s vote was of note because she was appointed earlier this year to replace Councilmember (and two time former Mayor) Kevin McKeown, who was a strong supporter of the union.

“It would be easy to make friends, so to speak, and just fall in line with how the community at large, seemingly, or special interests feel about this issue. I’m not speaking or doing anything that’s appeasing the large groups that call in, and I know that’s not the popular thing,” Negrete said.

Negrete noted she was surprised that there was “so much tension around the issue.”

“Why do we not want this hotel to be successful?” Negrete asked. “I was quite surprised at how many people spent so much time, money and effort against this hotel project.”

The hotel worker’s union, Unite HERE Local 11, has opposed the Shore Hotel and its current expansion because the Shore Hotel does not have a contract with the union for the hotel’s employees.

Councilmember Phil Brock, however, defended the hotel during the council meeting.

Unite HERE has accused the Shore Hotel of union busting and firing workers who attempt to organize. They along with local community groups like The Sierra Club and The Surfrider Foundation and Santa Monica representatives like Assemblymember Richard Bloom and State Senator Ben Allen opposed the Shore Hotel’s permit before the California Coastal Commission.

A central contentious issue surrounding the hotel is a record of $17.3 million in fines and fees handed down by the California Coastal Commission, who ruled that the Shore had pulled a “bait-and-switch” by developing a luxury hotel permitted as a moderately priced hotel. The Coastal Commission ruled to give the Shore another Coastal Development Permit. This permit allowed them to operate only after imposing the large fine and requiring the hotel to include 72 rooms that would be rented at an affordable rate along with the creation of the micro hotel of 14 rooms that could accommodate 34 beds and an initiative to house young people. The hotel added a request for additional amenities–the restaurant, permission to sell liquor and massage services–to their plan when they brought it before the City Planning Commission. The Commission denied those additional requests but approved the micro hotel.

During the Council debate, Councilmember Gleam Davis stated her doubts about the hotel’s motivations.

“This is not something being done out of the goodness of their heart, but something that they are legally required to do,” Davis said. “They needed to do it. The question is, ‘Do we really trust them?'”

“They will use the presence of these amenities to raise the rates on the unrestricted rooms, which does not improve coastal access in any way, shape or form. So for me, I find that the micro rooms are fine and consistent with our desire to have affordable lodging and increase accessibility to the Coast. I don’t see how having a restaurant or cafe or massage services available on site in any way increases affordability,” Davis added.

Councilmember Oscar de la Torre, however, supported the hotel and highlighted their promises to continue to hire Santa Monica residents and local youth.

“The positives outweigh the negatives, in terms of jobs being created for the natives,” de la Torre said.  “This is a local family business that we can trust, that we can hold accountable.”

Councilmembers Brock, de la Torre, Negrete and Christina Parra voted to approve the appeal and Councilmembers Davis, Kristin McCowan and Mayor Sue Himmelrich voted against the appeal. In the secondary vote regarding the text amendment to approve the micro hotel, only Mayor Himmelrich voted against the text amendment; she has consistently maintained her objection to text amendments in general. The only part of the appeal that was denied was the conditional use permit that would allow the cafe to serve distilled spirits, which Councilmember Brock opposed because he felt that there were already enough businesses that were serving hard liquor in the area.

It should be that The Oceana Hotel recently was denied permission to open its restaurant to the public last week and sits on the same street, Ocean Avenue, only a mile away from the Shore Hotel.