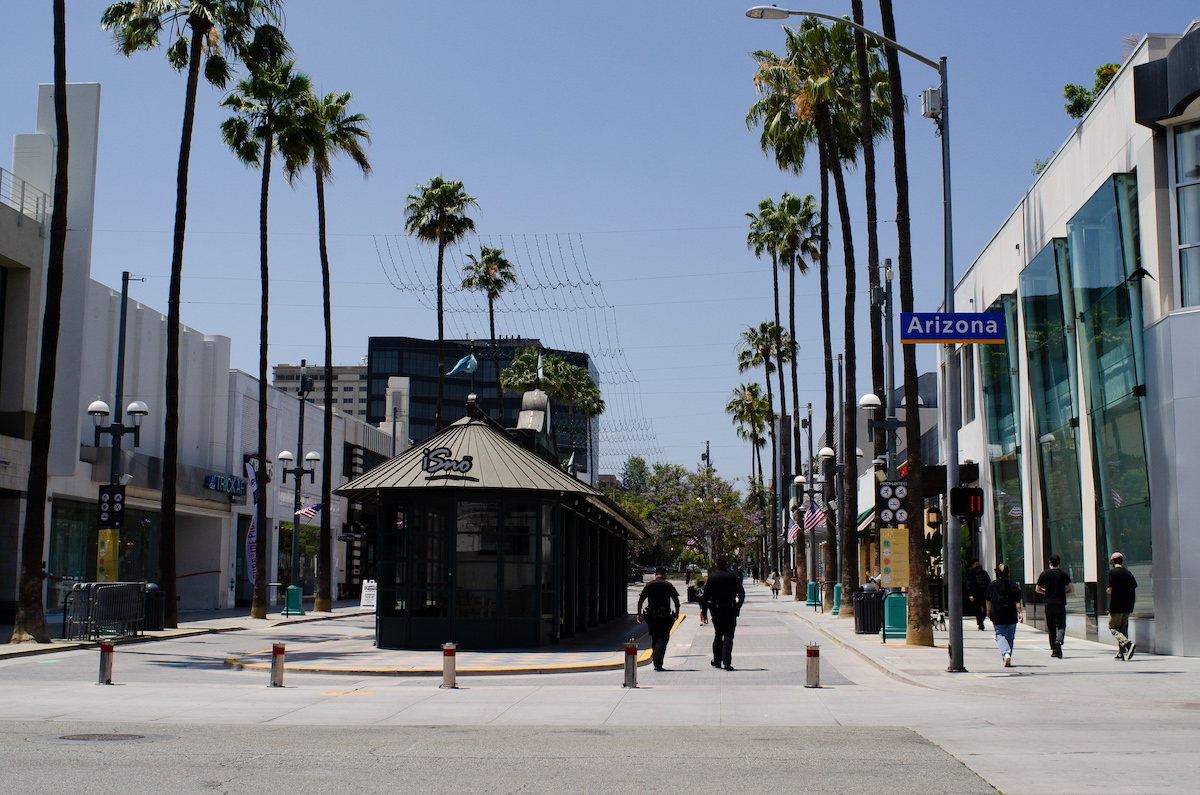 Five men in their early 20s were arrested recently for breaking holiday decorations on the Third Street Promenade, among other acts of vandalism

According to the Santa Monica Police Department (SMPD), ​​on December 15 around midnight officers were dispatched to the area of 3rd Street and Arizona Avenue regarding a group of males who were walking through the Promenade while uprooting city-owned trees, damaging and breaking holiday decorations, as well as fencing belonging to a business.

According to police, the promenade security cameras captured their actions.

“The cost of damages is estimated to be approximately $5,000,” the SMPD said.