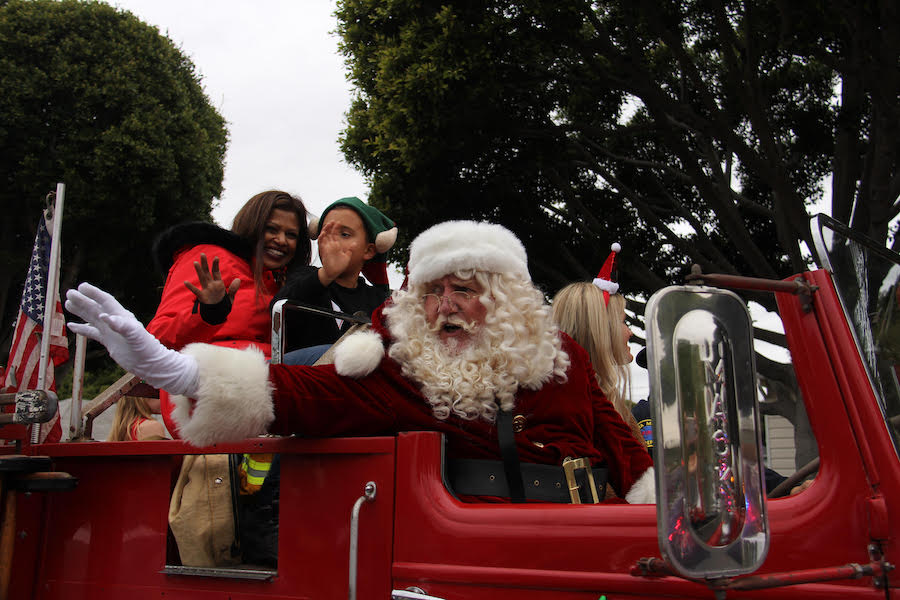 The Santa Monica Police Officers Association and Santa Monica Firefighters Local 1109 are partnering to bring Santa Monicans some much needed holiday cheer. For the last 25 years, public safety officials in Santa Monica have brought Santa to area parks as part of the annual Candy Cane Drive, this year some creativity and determination was required to bring St. Nick to locals.

Saturday, December 11th, Santa and his helpers will move from neighborhood to neighborhood so residents can come out, wave a socially distant hello and snap some photos.

“This has been a year of recovery and it’s comforting to see our traditions begin to return. The Candy Cane Drive always brings a smile to faces young and old,” said Santa Monica Police Lieutenant Rudy Flores

This year Santa can be tracked by scanning the QR code pictured here, so people can avoid gathering or waiting for Santa’s arrival. Also, he’ll be escorted by fire engines, police cars and motorcycles, so listen up for the sirens!  An approximate schedule of the procession’s timing is below: