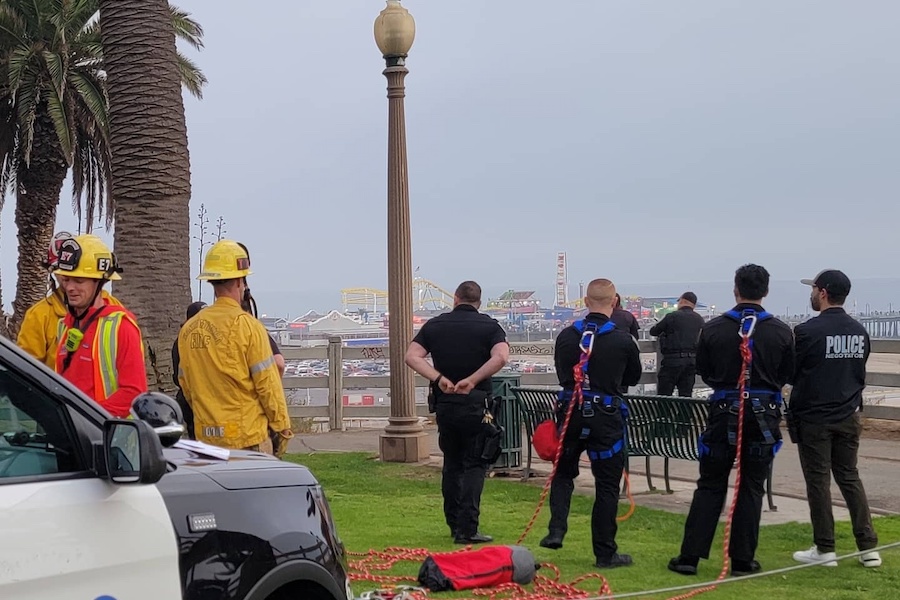 Santa Monica police and fire first responders prevented a person from jumping off the bluffs this week.

The SMPD Crisis Negotiations Team and Santa Monica Fire Department responded to a call regarding a young female on the bluffs identified as in distress.

“Utilizing patience and their extensive training, officers were able to convince her to accept help,” the SMPD said.

If you’re thinking about suicide, are worried about a friend or loved one, or would like emotional support, the National Suicide Prevention Lifeline is available 24/7 across the United States. 1-800-273-8255