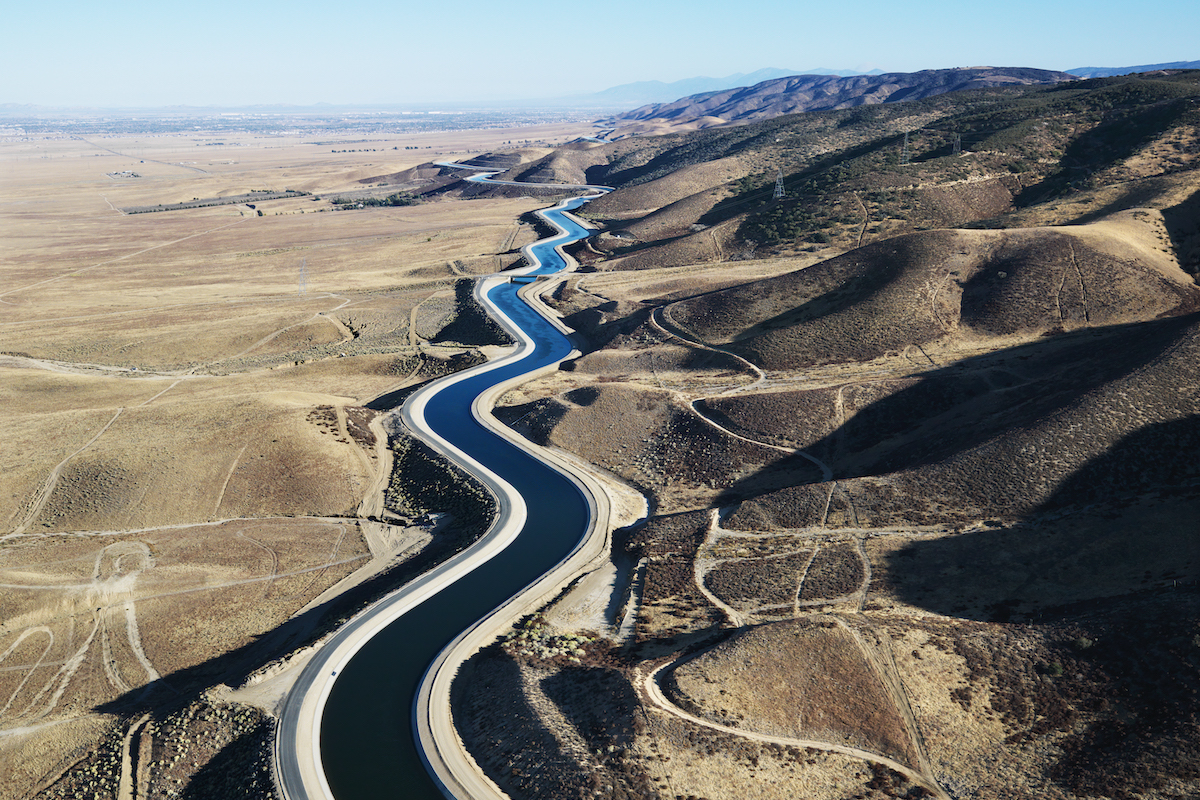 This is the 2nd part of two-part article

Last week we wrote about the high probability of a large (6+) earthquake soon in Southern California. The survivors of that large quake will either migrate out of the impacted area (which could be anywhere in our 85-city metropolitan area) or will camp out in the rubble of their damaged homes. Fortunately, our City has plenty of capacity to absorb these quake migrants whether from other cities or our own internally displaced residents. For example, if 10% of our quake-damaged homes were deemed too dangerous to enter (red tagged) that would correspond to about 9,300 now homeless residents. Today our city has about 4500+ vacant units, about 3000 hotel rooms and hundreds of Airbnb rooms. This is the right order of magnitude to temporarily absorb most of our 10% newly homeless quake victims not to mention the short-term housing capacity of nearby friends and relatives. You can all imagine nearby friends who would be glad to house you temporarily in a regional crisis. But it would be a valuable exercise to have that discussion today, before the inevitable quake, with those close to you who have the capacity to privately help you and vice versa.

Of course, this assumes that landlords, hoteliers and Airbnb hosts would idealistically offer up their units to strangers before the FEMA trailers arrived on our beach parking lots, the tent cities sprouted in our parks and before some residents, unfortunately, moved away permanently. There is historical justification for that idealism. For example, 3 years ago the Woolsey fire burned about 1600 structures (nature’s red tag) and caused the evacuation of Malibu, a nominal 13,000 resident city. Adjacent cities, churches, the business community, nonprofits, government agencies, friends and relatives all pitched in to absorb these temporary fire migrants. Some of these migrants are still awaiting the reconstruction of their homes, but this small example shows it can be done on a limited scale. In a regional quake event, of course, it would need to be scaled up considerably, but the concept is the same.

Quakes, fires, tidal waves all involve the same temporary displacement of residents. Thus it would be beneficial for our City to have pre-identified landlords, hotels and individuals willing to participate in such a short term emergency response program similar to the way local fire departments and police departments have mutual aid agreements to send reinforcements to each other when the local resources are overrun.

After urgent medical treatment, all displaced or still housed residents in the impacted area will face the same survival problem: water shortage. If the quake is along the San Andreas fault it might interrupt our 2 major aqueducts that bring us water from the Colorado River and the western slopes of the Sierras. These two sources provide typically about a third of our City’s water. The City is trying to get up to 100% local well water sourcing (plus recycling), but it’s being delayed by the drought and the overbuilding demanded by Sacramento. We could probably limp along without aqueduct imported water by using heroic conservation measures. However, repairing those aqueducts, depending on how much horizontal and more importantly vertical displacement occurs in this future quake, may take months or even a year depending on how much re-engineering is required. These long aqueducts run primarily by gravity on extremely gradual slopes for hundreds of miles. Even a small quake uplift might require massive regrading for miles of the aqueduct’s length.

More critical is the certainty of the failure of the local water distribution system. All our water, regardless of source, requires electrical pumps to draw it up, filter it and distribute it. Its unclear if all the City’s water installations have full backup power capacity like hospitals to keep this critical infrastructure working during a highly probable quake-induced power failure or brownout. Then imagine that massive water main leak we saw on November 12 at the entrance to our Pier, but now occurring simultaneously in half a dozen places along our aging water mains after a large quake. The segmented shut down of the entire City’s water supply would ensue with an uncertain timeline of when it could be reopened by an overstretched labor force.

Essentially many residents in those shut down parts of the City would be on their own (think Flint, Michigan). Here the situation varies. If you are in an older building that has individual unit water heaters, you have a built-in emergency water supply but only if your water heater is actually strapped to the studs (not just to the drywall) of a solid wall. These individual water heaters typically range from 30 to 65 gallons averaging say 50 gallons. Assuming a brutal one gallon per person per day (no toilet flushing, bathing, clothes and dishwashing or landscape irrigation) rationing, a family of 4 could survive in an emergency for possibly 12 days. Conversely, a 7 unit apartment building that uses, for example, a 100-gallon common water boiler, could hold out for about 7 days if the typical 14 residents had the discipline for the same rationing regime. Clearly having your own stockpile of some safe water storage increases survivability.

Newer residential units that use tankless water heaters that have become more popular (and often mandated by energy codes because of their increased efficiency) in the last 10 years, would not have the benefit of this emergency reserve. This is an unfortunate collision between our daily need for more efficient water heating (less global warming greenhouse gases) and our rare periodic need for an emergency water supply. Looking ahead though, most new future units will have all-electric (resistance or more likely condensing) tanked water heaters so the norm will again become having a prudent emergency water reserve for every unit.

This personal emergency reserve will be augmented in the future by the increased popularity of the mandated rain water storage tanks. While the City is using this on site required rainwater storage as a way of reducing landscaping irrigation water demand and urban runoff, it can also provide an emergency backup water supply for nonpotable uses (toilet flushing, bathing, clothes washing). Again, these tanks, which are typically connected to exterior downspouts, can only fulfill their secondary emergency role if they are strapped to solid objects just like water heaters. While the City wisely gives us a choice in new construction of rainwater retention, either in tanks or by percolating into specific absorbent areas to recharge our vital water table, its better to have aesthetically integrated rain water tanks, because they can fulfill this secondary quake backup role and because when they overflow in big storms, as they are designed to do, the surplus water can still be directed into landscaped areas.

Finally, in an emergency we cannot discount alternate sources of water. For example, even without rain, our roofs collect measurable amounts of water through nighttime condensation. Because we live by a huge source of moisture (the ocean) and with global warming, our air is increasingly moisture laden, when it settles on our roofs radiating into the cold cloudless night sky, it condenses similar to why your car is covered by dew in the morning. A typical home depending on roof orientation and material, cloud cover, humidity, etc. can collect 1-3 gallons of water every night. This may sound trivial but again in an emergency when you need all the water you can find, it’s perfect for nonpotable water uses (eg toilet flushing). Just place a plastic jug under your downspouts and see what nature provides.

More sophisticated condensing non-mechanical devices are available called fog nets or fog harps which consist of nets or vertical wires. They are placed perpendicular to the prevailing wind in foggy areas and can be deployed permanently or on an emergency basis. The water in the fog condenses on the net or wires and runs down to a collection tank. The ultimate fog nets are the giant coastal redwoods of northern California which seem to get about 1/3 of their water from coastal fogs condensing on their needles. We don’t have such dense fogs here, but again desperate times call for desperate measures. On a foggy day (think June gloom) a fog harp produces about 1 to 2 gallons per square yard of totally free water. This water, in a clean tank, is drinkable. And finally, lets not forget the ocean which, in an emergency, can be used for bathing and toilet flushing by residents who live nearby.

Even these small amounts of water need to be considered because all they have to do is keep us alive till the water infrastructure is either functioning again or until the water trucks can be deployed. If this sounds farfetched, remember that part of the National Guard’s deployment in the last big LA quake was to protect trucks delivering water to parched residents in the San Fernando valley impact area.

Our City has many advantages for seismic water resilience: its own wells, coastal moisture, a water conservation infrastructure, rainwater storage codes and a pervasive thrifty water ethic. An earthquake makes water conservation, which is now our City’s permanent ethic, temporarily more acute. It’s a certainty we will need all those tools and conservation attitudes if we are to survive the next big quake.