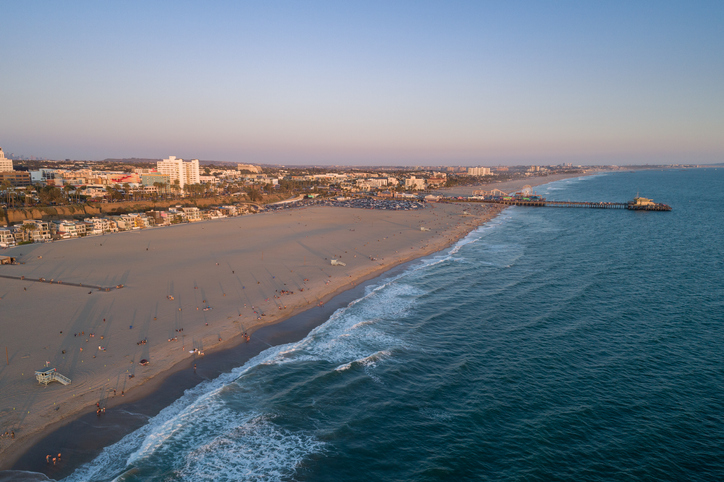 The Lusk Center for Real Estate at USC has revealed its annual Casden Real Estate Forecast for multifamily rental properties in the state of California for the first time since 2019. In the Westside area, from Beverly Hills to the coasts, the forecast is that rents will remain slightly in decline for 2022.

The drop is slight at 1 percent, but as the report states, “The farther one gets away from the City of Los Angeles, the greater seems to be the potential for rent growth.” The trends seen in 2020 and 2021 were renters moving to the suburbs, since the pandemic got underway, resulting in large projected growth in rental prices outside of Los Angeles and lower rates of availability for rental properties in suburbia. The central and coastal areas of Orange County, Ventura County and San Diego County are all projected to have strong rental price gains. The north county of San Diego, Simi Valley and the south eastern area of Orange County near Irvine are projected to have some of the largest gains closer to Los Angeles. However, of all of the suburban areas, the farthest from the center of Metropolitan Los Angeles namely in the Palm Springs and Indio, western Riverside County, and finally the Rancho Cucamonga and San Bernardino areas have the highest projections for rental rate gains that are nearly in the double digits. The Casden Forecast Report states, “The model forecasts modest further rent declines from downtown Los Angeles moving west to the Pacific Ocean.”

This report cautions that “forecasting in a time of uncertainty is problematic and can indeed be misleading” which lead to the postponement of a forecast in 2020. They believe that “the world is more stable” and that a forecast is now possible with caveats. Their prediction is that the current trends will begin to retreat over the next two years.

Another factor that has affected the “move away” trend is the lockdown that forced businesses to allow their employees to work from home. It was no longer necessary to commute to remain employed, and as the report states, “The shuttering of office buildings and amenities such as restaurants reduced the willingness of tenants to pay a rent premium in centrally located places.” and furthermore the report notes, “When commuting ceases to happen and places to gather are not available, renters will find less expensive, larger apartments in what are generally less convenient locations more appealing and will thus move.” Low mortgage rates contributed as well, however prices have again risen to a level where it isn’t any less expensive to own a house versus renting a property. The most astonishing development involves the fact that California has lost population for the first time since the state was founded in 1850. Deaths from the pandemic and smaller amounts of immigrants arriving from other countries and residents moving to other places are all part of the drop in population.

If Los Angeles manages to reach the herd immunity level through vaccination, the report states that “we may expect some, and perhaps substantial, reversal of the population flows [sic] from the central parts of the region to the more suburban parts. If this happens, we might see modest rent growth in central markets and slow rent growth at the periphery.”