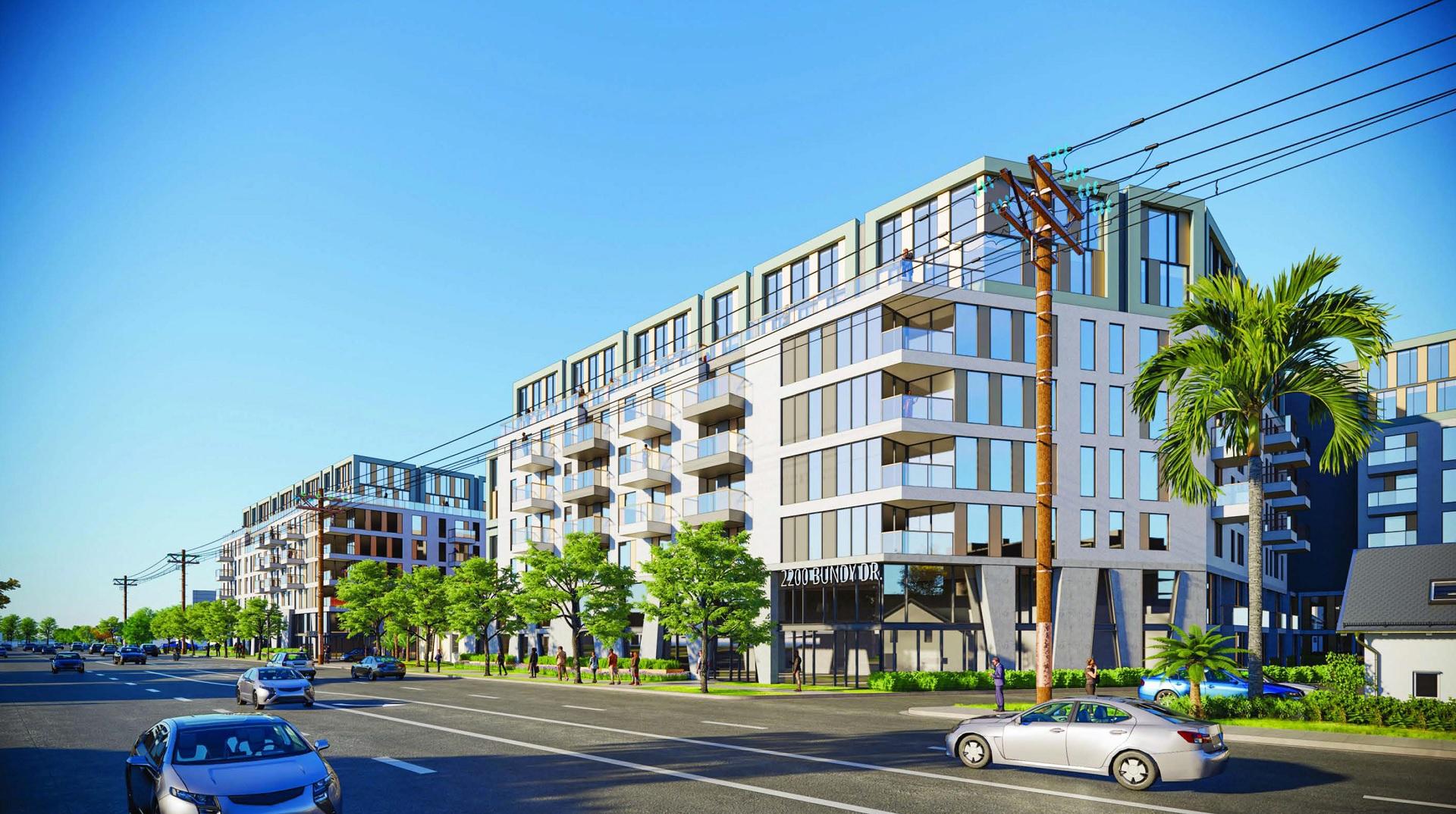 The Los Angeles Department of City Planning has received a proposal from developers Carmel Partners for a large residential development in the Expo Bundy area. The proposed project would span over two new apartment complexes and would include 455 units if the plans come to fruition. The location of the buildings, close to and slightly south of the Expo Line at Bundy station, are located at 2217 to 2227 S. Bundy Drive through 2222 to 2244 S. Amherst Drive and the second building is located at 2301 to 2319 S. Bundy Drive and 2302 to 2312 Amherst Drive. These locations factor into the developers’ intention to take advantage of Transit Oriented Communities incentives. The two apartment buildings would replace 16 single-family homes.

A total of 52 of the apartments would be reserved for lower-income families as part of the Transit Oriented Communities incentive program. The TOC incentive program allows developers to construct buildings that would not normally be permitted under current zoning laws. It gives exceptions to building codes in regards to building height, density, floor space, parking, open spaces, and lot coverage or size of the footprint of a building on a lot divided by the size of the parcel. The first site would be an eight-story building with 239,370 square feet of space that would contain 265 apartments and have 239 parking stalls. The developer would be required to reserve 30 of the apartments for lower income families, in either one, two, or three-bedroom units. The second site would be another eight-story apartment building with 195 units that also  contain one, two, or three bedroom units and comes with a 190 space underground parking lot. The developer would be required to reserve 22 of those apartments for extremely low income-affordable housing.

Carrier Johnson + Culture is designing the project and the buildings will be of the currently fashionable podium style of building outfitted with exteriors made of concrete, glass and plaster. Central courtyards are the main attractive feature of the buildings for residents that also come with amenity rooms on the ground floor and small roof decks.

The development would be the first large-scale project to be approved as part of the Exposition Corridor Transit Neighborhood Plan.