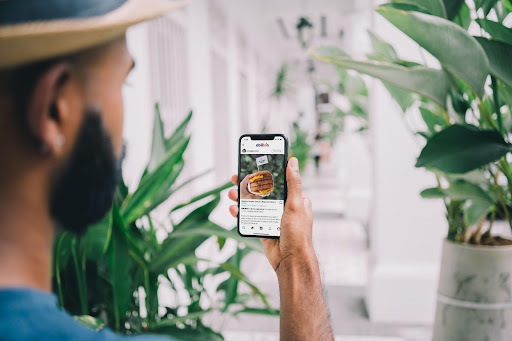 It’s not fun being the lone vegan or vegetarian in a party of people going out to eat or when visiting someone’s home for a meal. It’s likewise not extremely joyous if you are a vegetarian or vegan host and you know your guests are meat-eaters. Both scenarios provide awkward moments. The meat-eaters have to attempt to seem completely supportive and open-minded of a dietary choice they have rejected, while the vegans and vegetarians have to pretend to be nonjudgmental… when of course deciding to not consume animal flesh is in itself a judgment of the practice. For the vegans and vegetarians, the good news is that more people are identifying with their tribe and the number of folks who have chosen to give up meat or even all animal products has skyrocketed in recent years. Even among those who haven’t completely abjured meat, there’s been a surge in “flexitarians.” These are people for whom meat isn’t a big part of their diet and they primarily eat plant-based food. Some flexitarians are perhaps on a stepping stone to an eventual all plant diet, while others just want to cut down on certain meat products as they have known health risks. And now some good news for meat-eaters, vegans, and flexitarians: there are new products that can satisfy all. Vegan hosts in particular can try the latest in high-tech meat substitutes to provide a more “usual” dinner feeling while not having to compromise their no-meat ethics. The meat substitutes that immediately come to most people’s minds are those famous burgers that are on sale at even various fast-food restaurants, but that was yesterday’s technology. So-called ‘alt-meat’ is becoming increasingly popular and a new crop of startup companies is taking the science to another dimension.

The term ‘vegan steak’ sounds like an oxymoron but it isn’t. Rather it’s the latest in high-tech plant-based meat that mimics the smell, taste, mouth-feel, look, and even the way a steak cooks. The key to this new alternative meat is texture. Texture is arguably among the most important elements of a good steak. Too tough or chewy is undesirable and not ‘meaty’ enough is likewise unwanted. But how to recreate such layered animal protein? Meat is fibrous, with muscle and fat combined into flesh. The answer lies in the question. To recreate meat, there must be layers. The startups that impressed celebrity chefs and taste experts in 2021 use AI technology and 3D printers. 3D printers, of course, print in layers and by doing so can approximate the texture and sensation of meat at a level never before possible in human history. The science is quite impressive

Obviously, meat substitutes are not only here to make dinner parties more agreeable. The meat industry as we know it is almost the definition of unsustainable. Growth rates continue while space requirements shrink. We need the available space on Earth for growing crops to feed the possibly 9 to 10 billion people who will be on this planet within a couple of decades. Moving to a plant-based diet will solve many of these problems almost like magic, but the key is convincing large numbers of people to give up on what is seen by many as a large part of their heritage and culture. Holidays come around and perhaps your family has always tucked into a ham, turkey, or chicken. Some of us celebrate a wedding anniversary or a job promotion with an expensive steak. In the Middle East kebabs are street food while in some parts of Asia, chicken feet are consumed as snacks. Meat has always been “what’s for dinner” and some people say they don’t feel like they’ve had an ‘actual meal’ unless the main course is some type of meat. When was the last time somebody asked ‘what’s for dinner?’ and the response was: eggplant and potatoes…? It’s just weird, right?

But it won’t seem so weird after you incorporate high-quality delicious minced alternative beef into that baked eggplant and potatoes, while perhaps starting off with a Caesar salad with alternative chicken. These meat substitutes are a guide towards a future that may not come in our lifetimes but is likely the direction the world is eventually headed – going vegan. It’s healthier, it’s better for the planet, and it’s obviously better for animals. But we need something to get us from here to there – and in the middle of this journey – alternative meat products are the solution. Check out what’s starting to become available on supermarket shelves in your area and try out your favorite recipe… but substitute the meat for a meat substitute and see if it fundamentally changes the dish. We’re betting it won’t – and we’re betting your guests or family will love it.