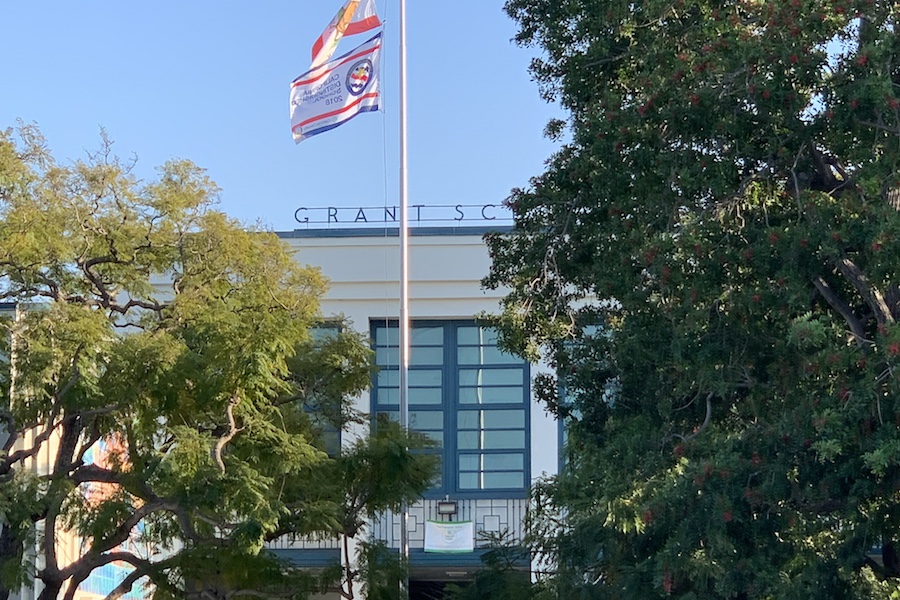 The incidents were first reported by the Los Angeles Times on January 13 and took place that same day at four public elementary schools. According to Santa Monica Malibu-Unified School District spokesperson Gail Pinsker, faculty at the four schools–Eddison Language Academy, Will Rogers Learning Community, and McKinley and Grant elementary schools–discovered the fliers Thursday morning upon arrival before 8 a.m.

The fliers were on walls and signs, among other surfaces, and showed a Star of David constructed by the letters A and V along with the phrase “anti-vaxxer.”  The fliers also asked people to report those against vaccines “because you care and they don’t” and listing a number to text, as reported by the Times. The number, with a Kentucky area code, says it’s an “Anti Vax Reporting Hotline,” operated by the Safer Tomorrow Organization.

“We are recognizing an antisemitic element here with the image and the star,” Pinsker told the Times. “The school district is encouraging vaccinations for students and we do have a vaccination mandate for staff but it doesn’t seem that there’s any connection with any of those things.”

The Times goes on to report that when more information is requested from the phone number, an automated response says that the organization is “starting to collect (but not act on) information on anti-vaxxers…That way we can work toward a solution together as a society.”

The Santa Monica Police Department says it responded to the respective schools to collect information and is investigating the incident.