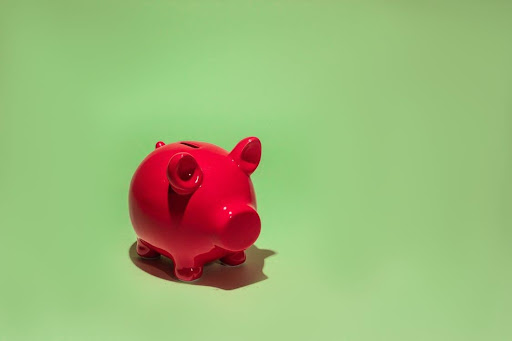 The term Freemium is a portmanteau of ‘free’ and ‘premium’ and describes a pricing strategy, especially popular among developers of mobile casual games. The principle is to give the product or service away for free but to offer paid-for extras that improve functionality or customer experience.

Recently, a similar approach has been adopted by casino providers like 888 casino Canada where many of the games on offer, including slots, card games and roulette can be enjoyed in a ‘free play’ resulting in the games being free of charge.

The revenue stream comes from the expectation that users will enjoy the product and want to invest in it in order to unlock further features. Often these transactions can be very small and are sometimes referred to as ‘microtransactions’.

Therefore, developers utilizing Freemium models rely heavily on attracting large numbers of users for the product to be profitable. Another revenue model under the Freemium banner is the use of advertisements. Customers will receive intermittent ads during their experience which will generate income for the company—or, if they enjoy the product and see themselves playing it on a more long-term basis, they have the option to pay a one-off price to remove ads from appearing.

Online casinos were quick to realize that it’s within their best interest to allow prospective customers to sample their service before parting with any money. Paid memberships before trialing the games available have become a thing of the past and the new model has encouraged transparency in the industry. Prospective users can now be informed as to the quality of service they will receive and are less likely to feel scammed or misled.

Online casino providers offer free trials of their games so players can ‘try before they buy’ and deposit their own money.

A subscription-based cloud gaming service is a competing business model that shows some signs of threatening Freemium’s control. Streaming services upended the television and cinema industry in the last decade and some experts think cloud gaming could do the same for their respective market—especially mobile gaming which is one of the largest growth markets.

Cloud gaming services offer a library of titles to users which, for a monthly fee, they can access unreservedly. Much like TV/movie streaming companies—Disney+, Netflix, Apple TV+ and Amazon Prime—the success of a cloud gaming service hinges on the strength of its catalog.

Microsoft’s XBOX Cloud, Google’s Stadia and Sony PlayStation’s now are all early adopters of the format and Apple has faced some criticism for dragging their heels. In the same way TV streaming platforms commission their own shows and movies, it makes sense that cloud gaming companies, too, develop their own titles to improve the service they offer and how attractive it is to sign-up to.

Developments in the cloud gaming sphere have revealed a glimpse of what the future might look like. Over the past forty years, gaming console and computer manufacturers have been locked in a race to offer more powerful user end tech in order to support the demands of modern video games.

Now, much of that processing is undertaken by the servers that host and run cloud games. There’s a significantly lower demand for consumers to have powerful machines in their hands, it’s more important that they have a fast and stable internet connection. This evolution within the industry could upset gaming PCs from the top of the gaming industry’s hierarchy.

The fact that cloud gaming servers provide a large proportion of the processor power required, make them distinct from gaming servers of ten years ago. Previously, those would merely host games and levels, and provide a meeting point for gamers to compete internationally—now there is a much heavier demand on them.

As cloud gaming becomes more popular, there is a chance that freemium games may decline as people will be paying a one off fee to access many games.

Freemium titles have faced some criticism from within the gaming community. Sometimes dubbed ‘pay-to-win’, consumers have consistently voiced their frustration that the winners of freemium games are determined by the measure of their bank balance and not their skill.

For this reason, there has been a shift away from freemium titles where competitive gaming is concerned. With that said, there are still notable exceptions—one of the biggest breakout hits of the last five years, Epic Games’ battle royale shooter, Fortnite, remains a free-to-play game. In-game currency can be bought and spent only on cosmetic upgrades to players’ avatars that have no effect on the outcome of the game.

In 2020, a legal dispute flared up between Epic Games and Apple when the California tech giant removed and blocked the game from their App Store. Epic had allowed players to purchase their in-game currency directly from them at a discount and hence circumventing Apple and their 30% cut of all in-app purchases. Epic sued Apple stating they were in violation of the Sherman Antitrust Act but at the time of writing, Apple has not rescinded the ban.

Freemium games have certainly enjoyed their time in the spotlight and for the most part continue to do so but with emerging progressive payment models, it’s likely the time of the freemium monopoly may be drawing to a close. The model certainly fits casual mobile games particularly well—games where play sessions are short, and the turnaround of titles is quick—and is likely to endure in this sector. These are titles that consumers are less willing to pay upfront for, especially when they may only intend to play them for a few days.