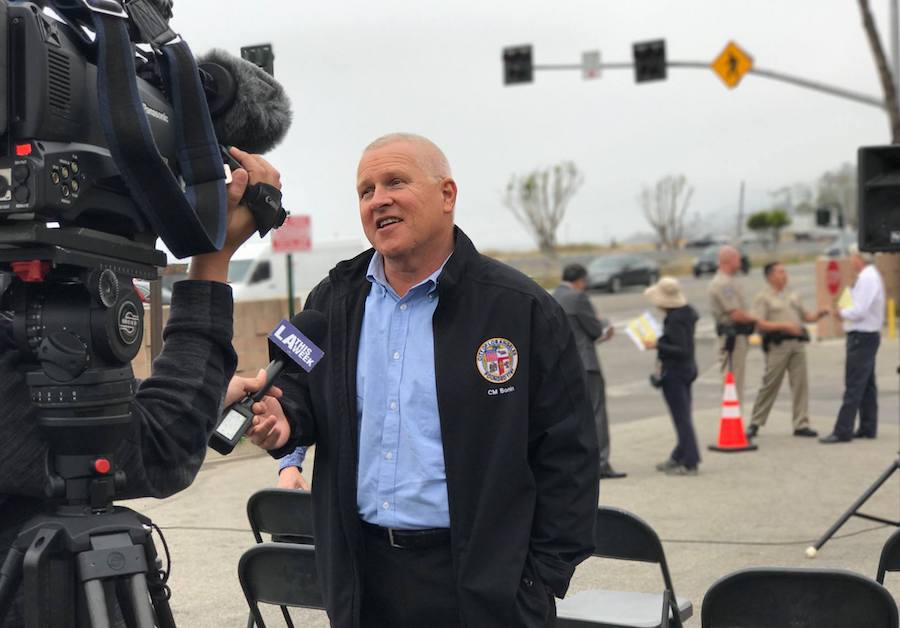 Los Angeles City Councilmember Mike Bonin has announced that he will not be running for reelection this summer.

Bonin announced his decision Wednesday evening, in both a series of Tweets and a YouTube video.

In his announcement, Bonin said that the decision was ‘deeply personal”.

“My decision is not political, my decision is deeply personal. I have struggled with chronic depression for a very long time, long before I ever ran for office,” Bonin said. “Over the past couple of years, this job has demanded that I focus my time and my energy on the negative and fight the negative, instead of creating the positive. And that has taken a toll on me. Physically, emotionally and spritually. And it has taken a toll on my family. It is time for me to recharge. I need to focus on health. I need to focus on wellness. I need to spend more quality time with my family.”

The announcement comes just a week after the Los Angeles City Clerk ruled that a recall effort against Bonin did not have enough verifiable signatures to move forward to trigger a May special election. Bonin would, however, have had to compete in the regularly scheduled municipal election on June 7. Bonin said that he was “confident” that he could have won a third term, but came to the decision not to run after the recall came to a halt last week.

“Until this recall failed the other day, it was full speed ahead for my reelection. But once the recall died, it gave me an opportunity to finally sit back and reflect on what is right for me and what’s right for my family. And that is why I am not running for reelection,” Bonin said.

The recall effort against Bonin was the second time Bonin has faced a recall effort. In 2017-2018, constituents launched an unsuccessful recall effort in response to increased congestion resulting from lane reductions championed by Bonin. This initial effort, however, was localized to the Playa Del Rey and Mar Vista areas. This latest effort, however, drew support from across the district from voters frustrated by Bonin’s handling of the homelessness crisis. Critics of Bonin have repeatedly pointed out his refusal to enforce the anti-encampment ordinance and take issue with his policies to deal with the unhoused issue. They claim that the encampments are the cause of crime and violence in CD 11 neighborhoods. In his announcement not to run, Bonin said that he is not going to change course in his time left in office.