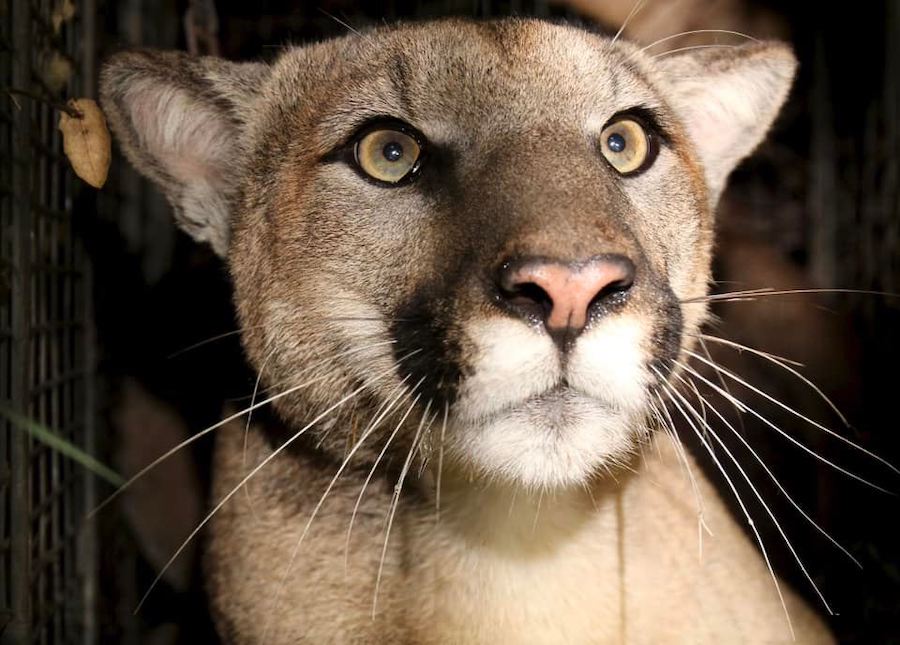 “It’s quite severe,” says the lead researcher in UCLA study

UCLA scientists tracking two local mountain lion populations, one in the Santa Monica Mountains and another in the Santa Anas, have reported signs of inbreeding among these groups.

According to the study, these two populations are cut off from other cougar populations by busy freeways, and therefore face limited breeding opportunities.

The study reported the animals averaged a 93 percent abnormal sperm rate. In addition, while some of the mountain lions displayed physical signs of inbreeding, like deformed tails or testicular defects.

“Researchers have long had genetic evidence of inbreeding, but the malformed sperm is the first evidence that inbreeding is manifesting in the reproductive system,” reads a press release announcing the results.

The study’s lead author is Audra Huffmeyer, a UCLA postdoctoral researcher who studies fertility in large cat species and is a National Geographic Explorer.

“This is a serious problem for an animal that’s already endangered locally,” Huffmeyer said. “It’s quite severe.”

Over the past year, researchers identified nine adult males from the Santa Monica and Santa Ana ranges displaying signs of inbreeding. The scientists took sperm samples from five cougars that had died from unrelated incidents, including rat poisoning and car collisions. They found that each had very high levels of abnormal sperm, together averaging an “exceedingly high” 93 percent abnormal sperm rate. One of the five also had testes of dramatically different sizes.

The researchers also found other signs of inbreeding among living cougars:  four had kinks in their tails, including one that also had only one descended testicle.

The study called for the need for wildlife crossings, which would allow the mountain lions and other animals find a broader pool of potential mates. The California Department of Transportation has scheduled groundbreaking for early 2022 on one such crossing, a wildlife bridge over Highway 101 in Agoura Hills in northwestern Los Angeles County, thanks to a mix of public and private funding.

“Mountain lions, also known as cougars, are a bellwether species, making them a leading indicator that inbreeding could soon cause problems for other wildlife species in the Santa Monica and Santa Ana mountains,” researchers said in announcing the study. “The study warned that there’s a real risk of extinction for the mountain lions in the Santa Monica and Santa Ana ranges. Although they haven’t seen evidence yet, once scientists start finding significant inbreeding depression — meaning decreased fertility and reduced kitten survival — extinction is predicted to occur within 50 years, with a median extinction time of 12 to 15 years.”

Biologists and land managers hope this project will lead to more crossings. In fact, early plans are being formulated for a possible structure over Interstate 15 in in Riverside County. Crossings, the researchers say, help all local animal species amp up their genetic mix.

For now, the researchers will continue monitoring how the newly discovered fertility issues affect the mountain lions’ breeding, keeping a close eye on potential decreases in the number of kitten litters and kitten survival rates.

“If we don’t do anything to add genetic diversity, the end is near,” Huffmeyer stressed. “That sounds dramatic, but that’s what we’ve seen.”