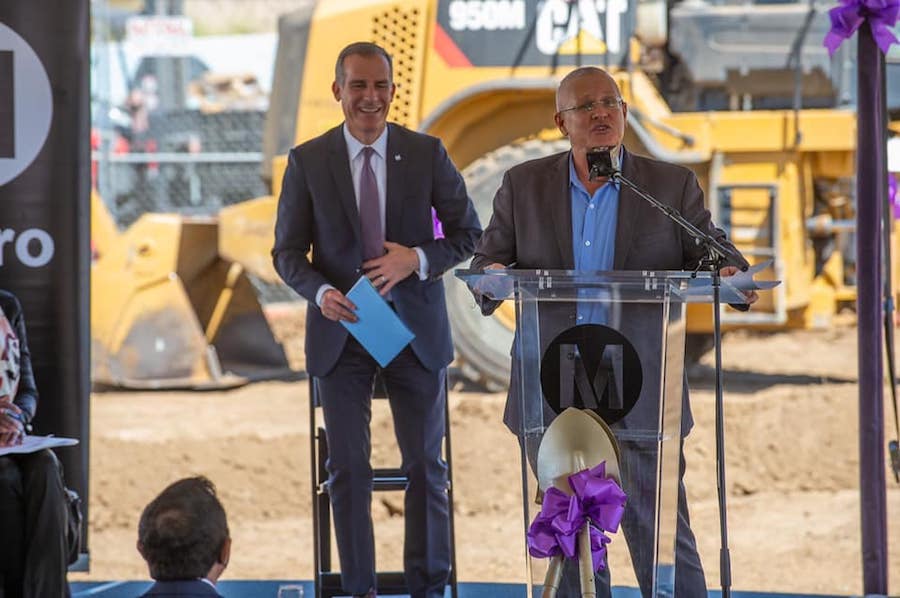 Allies and opponents of City Councilmember Mike Bonin weigh in

Los Angeles City Councilmember Mike Bonin’s decision not to run for reelection has sent shockwaves through the waves of the Westside political landscape.

Bonin announced his decision Wednesday evening, in both a series of Tweets and a YouTube video, citing chronic depression.

“I have decided not to seek reelection to Los Angeles City Council. This is a very tough decision for me, this is a very personal decision for me, it’s one I have struggled with and I have wrestled with a lot the past couple of days. But I make it today with a sense of clarity and a sense of confidence and a sense of purpose of what’s next,” Bonin said. “It is time for me to recharge. I need to focus on health. I need to focus on wellness. I need to spend more quality time with my family.”

The announcement comes just a week after the Los Angeles City Clerk ruled that a recall effort against Bonin did not have enough verifiable signatures to move forward to trigger a May special election. Recall proponent Katrina Schmitt told the Los Angeles Times that supporters of the recall would have continued working to defeat him. “I’m glad he did what was best for himself — and for all of us in the end. It feels like we won. Our movement won”

Tina Patel, a reporter for CBS, Tweeted Thursday that “Organizers of the effort to recall Mike Bonin are surprised to hear the councilman will not run for re-election. They say if he is struggling with his mental health, he should resign.”

The recall’s Twitter name has also been changed to “Mike Bonin: Resign.”

Hours after Bonin made the announcement, his colleagues at City Hall offered up praise City Hall. Los Angeles Mayor Eric Garcetti, who was elected as mayor the same year that Bonin took office, called Bonin a“brilliant, compassionate public servant who has always led with his heart.”

Councilwoman Nithya Raman, who aligned with Bonin on homelessness and law enforcement, said in a statement that she is “thankful he’s taking care of his health, and grateful for his service.”

“We are in a moment where every step the city needs to take to address its challenges is a hard one, and Mike has always been uniquely willing to take that challenge head on,” Raman said in a statement to the Los Angeles Times.

Los Angeles County Supervisor Sheila Kuehl said in a statement that Council District 11, which Bonin represents, will be “worse off” when he departs.

“Mike showed incredible courage and honesty in taking this action to put his mental health and family first, and I could not be prouder to call him a dear friend and an incredibly talented and valuable colleague,” Kuehl said. “I’ve experienced some of the same obnoxious harassment Mike and his family has endured — bullhorns spewing hateful rhetoric, harassers violently banging on my door at all hours of the night, disturbing my neighbors and their frightened children with their unhinged conspiracy theories.”

“The residents of Council District 11 will be all the worse off without Mike’s bold leadership,” Kuehl added.

Also among those to offer praise to Bonin was People Assisting the Homeless (PATH) CEO Jennifer Hark Dietz. PATH is the operator of the A Bridge Housing homeless shelter in Venice, which Bonin pushed for.

“Councilmember Bonin’s compassionate advocacy will be missed on the Los Angeles City Council. As a frequent partner with PATH, he consistently proves himself an active, thoughtful, and cooperative leader. PATH is thankful for his leadership and the investment in solutions to homelessness that we know work – outreach, services, and housing. Our staff and residents have witnessed how the Councilman’s own lived experience leads him to show great compassion when engaging with people experiencing homelessness. I will miss his voice on the Council, but I greatly respect his decision to focus on caring for himself and his family, especially during these turbulent times,” Dietz said.

Traci Park, who is among those planning on running to replace Bonin,  issued a statement that said despite the announcement, the District still needs change.

“CD-11 residents have made clear that they demand change, not more of the same.  I answered that call for change seven months ago when I stepped up to take on the challenge of running for this seat, and I will continue to be the change our District seeks,” Park said. “The entrenched causes of the crises in our district remain.  I respect Councilman Bonin’s decision to prioritize his health.  My priority remains restoring our Westside community, safety of our residents and businesses, and protection of our environment.”

Allison Holdorff Polhill, who is among the contestants in the upcoming election set for June 7, sent out a similar statement in the wake of the news.

“I just heard news Councilman Mike Bonin is no longer running for re-election. I wish him all the best in his future endeavors and thank him for his service,” Polhill said. “The Westside community is yearning for change — change in how we’re addressing the homelessness crisis, how we keep our communities safe, and how we build a more prosperous future for our kids and grandkids. That’s the change I promise to bring as councilmember for District 11.”

Some of Bonin’s opponents were more direct with their reactions, including Arbor skate shop in Venice. The shop, located at 102 Washington Boulevard, has used its marquee letter sign to speak out against Bonin over the past several months after a security guard was attacked by a homeless individual outside the shop. On Thursday morning, the sign read “The real victims of your reign rejoice today ding dong Mike Bonin’s gone.”