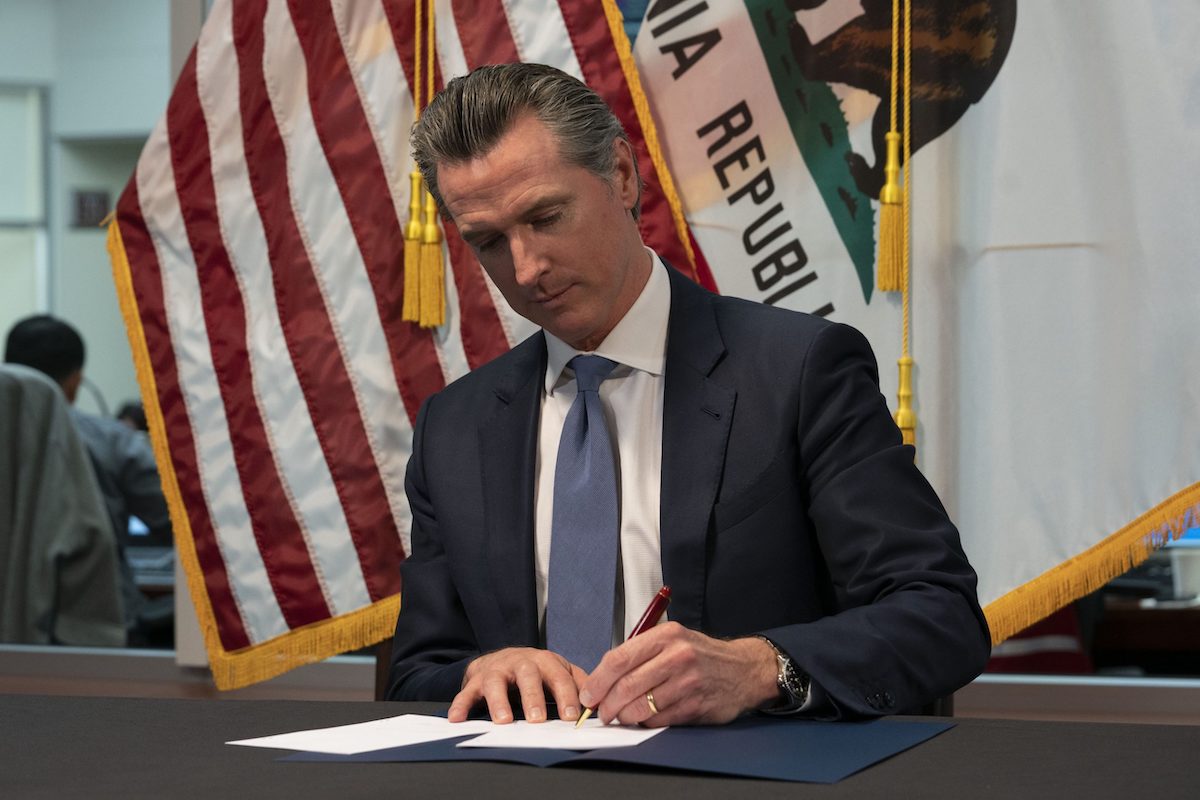 Even before a proposed homeowner-inspired measure aiming to restore full zoning powers to local governments hit the streets looking to qualify for next fall’s ballot, the battle over who would control housing decisions in California began heating up.

Proponents will need just short of 1 million valid voter signatures to put their plan on the ballot, but because many non-voters also sign petitions, they’ll likely need to gather almost 1.5 million names to be certain.

That should not be too hard, once most homeowners understand how fully state legislators attempted last year to usurp the most basic powers cities and counties have long exercised.

As long as California has been a state, the most basic function of local governments has been to decide where housing will be placed, where it won’t go and how much to allow. Voters have passed countless ballot initiatives instructing their local governments in how to do that.

But with two strokes of a pen wielded by Gov. Gavin Newsom in September, that all may have ended. When he signed new laws known as Senate Bills 9 and 10, most city council members might as well have gone back to being ordinary citizens.

The two new laws allow at least six times as much building as before in areas formerly zoned for one home per lot. The ratio goes much higher for properties anywhere near rapid transit stops or “major transportation corridors.”

All without any requirements for either new parking spaces, water, schools or even a single affordable housing unit.

If ever there’s been a plot to let developers get rich quick, this is it. In fact, many of the liberal Democratic lawmakers who voted for these two bills see their election campaigns at least partly funded by developers.

Homeowner groups view these new laws as a license for unbridled development at a time when almost everyone believes California has a massive housing shortage. This perception is furthered by the homeless encampments that abound in almost all parts of the state.

When he ran for office in 2018, Newsom vowed to spur the building of 3.5 million new housing units by 2026, eight years later. But new home construction lags far behind that pace, and units that do get built often languish unsold for many months, even if they are supposedly affordable.

One reason is cost. The average affordable housing unit now runs more than $450,000 to construct, and most families with income below California’s median of $75,200 per year (half the households in the state earn more than that yearly, the other half do not), can’t afford so-called affordable housing.

There’s an illusion in the public consciousness that the unhoused will somehow benefit from new affordable housing. But almost none of them have the cash to buy in.

Meanwhile, state officials do nothing to promote and speed conversion of vacant office space into residences, many of which would cost far less to create than today’s supposedly affordable units.

Into this picture now come developers with large bankrolls offering to buy up existing one-home lots and build as many as six units on each, with no new amenities for the surrounding community. The same developers are behind another initiative that would completely counteract the one aiming to save single-family zoning. The way this one is written, whichever measure gets more votes will govern, period. No compromises here.

Many homeowners now getting behind the initiative to cancel SB 9 and 10 and give land use decisions back to local officials appear unaware of the competing initiative, but both will almost certainly make the ballot.

This promises to be a battle unlike anything since 1978, when Proposition 13 clashed with another measure known as Proposition 10, a softer version of 13’s property tax limits. Both passed, but 13 got more votes and has governed ever since.

Meanwhile, websites and organizations are popping up regularly with names like “Our Neighborhood Voices” and “Liveable California.”

The upcoming competition is vital because so much of California’s character would change if SB 9 and 10 were allowed to let developers proceed without concern for either anything aesthetic or the infrastructure they have traditionally had to provide when erecting new subdivisions.