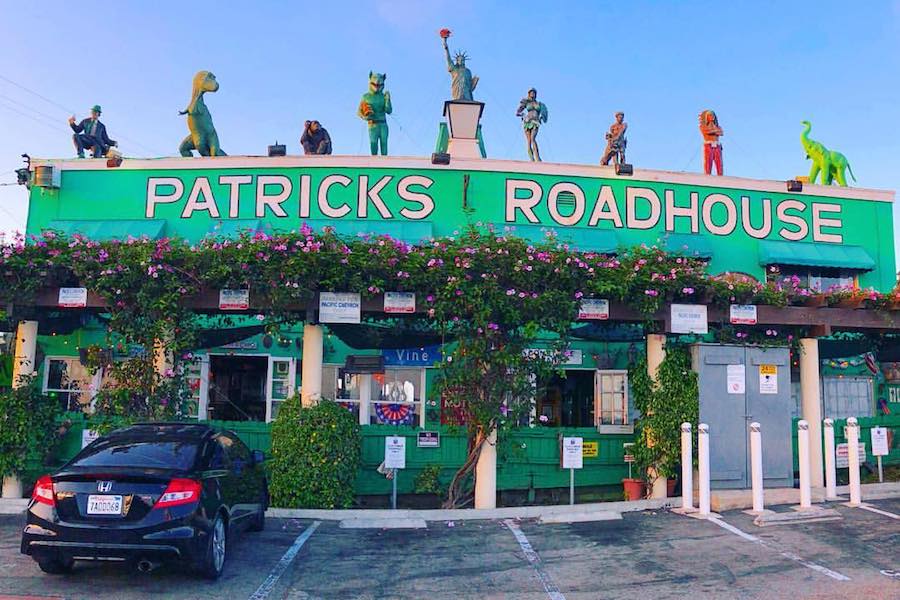 Patrick’s Roadhouse in Santa Monica Canyon has been named the best roadhouse diner in California by Love Food.com who said, “Few things encapsulate US culture so neatly as the classic roadside diner, and the best of these joints are so much more than just places to refuel. From roadside restaurants with unique and colorful décor to diners in buildings that are attractions in themselves, we’ve rounded up the most charming roadside diner in each US state.”

Patrick’s is one of those diners with unique decor and personality inside and out. The former “Governator” Arnold Schwarzenegger has his own custom iron chair inside the establishment to celebrate his patronage of Patrick’s and his reputation as an Iron Man.

In awarding the prize to Patrick’s Roadhouse, Love Food.com said, “Patrick’s Roadhouse is a surprising sight on California’s Pacific Coast Highway, bringing a burst of shamrock green to a stretch more associated with blue skies and golden sand. The brilliantly bonkers building, opened in 1973, is decorated with leprechauns and has a dinosaur on its roof. It’s loved for its 1940s atmosphere, delicious dishes like the fish tacos and impeccable service. Past customers include the state’s former governor, Arnold Schwarzenegger, who has a custom-made iron chair with a plaque that says “For The Man of Iron: The Terminator”.

Schwarzeneggar even has his own entree at the diner called, you guessed it, The Governator and is described by the Patrick’s Roadhouse website in pure Arnold fashion, “You’ll be back!” for that Governator! Our featured menu item is boasted about in the LA Times and is sure to blow you away as it was created by Governator Arnold’s mother herself! We can’t give away too much, but just know that you won’t leave hungry!!”