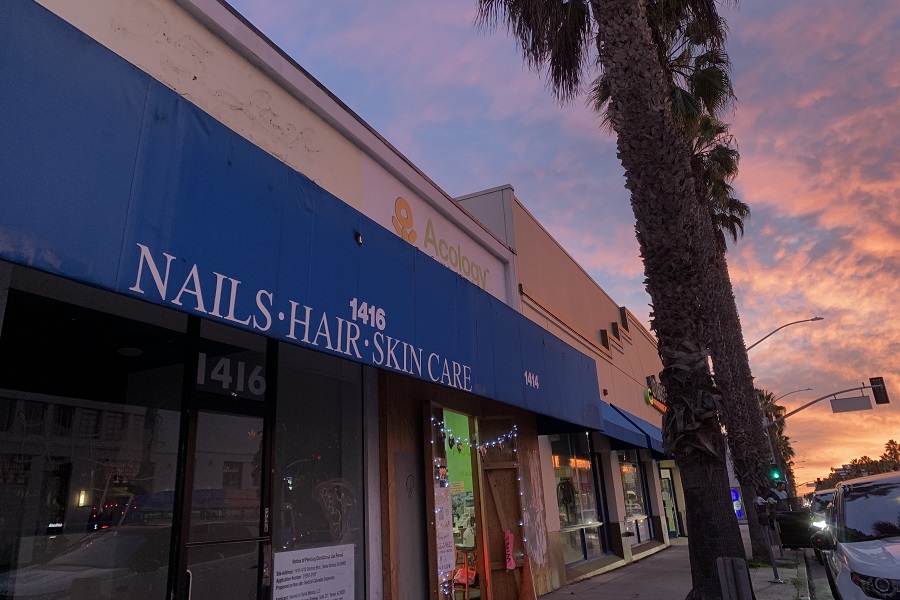 Dispensary would be located at 1416 Wilshire Boulevard

The medical marijuana dispensary Harvest of Santa Monica has been issued the conditional use permits needed to operate in the City of Santa Monica by the Planning Commission.

Harvest still has a number of permits and licenses to acquire from local and state authorities, like the Medicinal Cannabis Retailer permit, but they have successfully gotten the okay from the first step in the process to open their facility at 1416 Wilshire.

Elisa Paster, Chair of the Santa Monica Planning Commission disclosed that her law firm, Glazer Weil, is involved in a cannabis industry lawsuit in which Harvest is one of the litigants, but she did not recuse herself because she is not involved or “has very little involvement in the lawsuit itself.”

The staff report presented by Tony Kim, Santa Monica Principal Planner, recommended approval of the Conditional Use Permit and the adoption of the statement of official action with fourteen conditions including the condition that if Harvest vacates the premises in the future, any other medical marijuana dispensary that wanted to take over the space would be required to re-apply for a new Conditional Use Permit.

The biggest objection came from Commissioner Shawn Landres who asked, “Was any consideration given to the geographical distribution of across the city of prospective license holders? Can the Commission take that into account in its considerations? The proximity of the second license holder to the first under consideration? What would be the appropriate way, should the Commission choose to, to seek to insure that the permits are equitably distributed throughout the city’s geography?”

Principal Planner Tony Kim responded to Commissioner Landres and said, “In terms of the evaluation process, I don’t believe that location was factored in given that our ordinance already specifically defined where these dispensaries could be located…Given the 600 foot radius from minimum buffer from sensitive use locations, taking that in conjunction with the two stretches of Wilshire and Santa Monica where they could be located, those two limitations really limit the number of potential places that these two dispensaries could be located. In terms of the Commission’s review, do they meet the 600 foot buffer?”

Commissioner Landres also brought up the fact that if the Commission granted the CUP to Harvest that it is one of two permits and once it was awarded that no others could be granted to any other companies.

Heidi Von Tongeln, Deputy City Attorney explained that the only question in the Commission’s purview is the Conditional Use Permit itself.

Chair Elise Paster brought up that the Commission received “a lot” of  letters objecting to the dispensary and its locational proximity to Lincoln Middle School and asked Planner Kim how far the potential dispensary was from the school and if there were “safe routes” to the school for children. Planner Kim noted that the dispensary was 800 feet from Lincoln Middle School but that he would have to check on the “safe routes”.

Harvest Representative Ben Kimbro then unveiled the company’s presentation to the commission stating the company’s dedication to safety and security and record of zero sales to underage youth. He also stated that the company intended to hire from within the Santa Monica community and noted their high standards of employment pay, benefits and training. He also mentioned that the company was also committed to continuing education for their employees.

Commissioner Laurie Lambert stated that she was very comfortable with Harvest’s level of security, which she called “extraordinary”, and the location because of its proximity to the many medical offices in the area. She suggested that Harvest should reach out to Lincoln Middle School and work with the school to calm some of the fears of the parents whose children attend Lincoln.

Commissioner Nina Fresco agreed with Commissioner Lambert and further said, “If I personally ever needed some medicinal cannabis, I might want to check out both places and compare and see what they have and what I liked and I wouldn’t want to have to drive all over town so I could do that.” She also mentioned that there have been a number of studies about medicinal cannabis locations in areas with similar ordinances as Santa Monica and that the studies have concluded that dispensaries have absolutely no impact on middle and senior high schools and their students.

Commissioner Lambert then moved on a vote on the Conditional Use Permit for Harvest of Santa Monica with the conditions that the company reach out to the parents of children at Lincoln Middle School who have issues with the dispensary and Commissioner Fresco added a condition that the plate glass window has to be transparent in the waiting room. Commissioner Jim Reis asked that a condition be added to make the hours of operation consistent with the other dispensary.

However, Commissioner Landres stated that he would be voting against the motion because of his stated concern regarding the overall and close proximity of the two dispensaries to each other. Commissioner Mario Fonda-Bonardi responded to Landres and said, “It’s that we didn’t tell them that they needed to be far apart or we didn’t say that they needed to be evenly distributed. In some ways it’s like an ambush. It’s like they almost get to the finish line and then we say ‘The goalposts are over here.’ I think it has good intentions but if we went down that road, we’re too late.”

Commissioner Landres took Commissioner Fonda-Bondardi’s point to heart and chose to abstain rather than vote against the CUP and the measure passed.

The Commission then voted on the specific conditions. These include making the operating hours standard for both dispensaries, and the glazing of the waiting room window to be as transparent as the law allows. Commissioner Landres asked for the third condition to be amended to require that Harvest would have to reach out to the parents and officials at Lincoln Middle School to allay fears about the dispensary’s effect on the middle school students. The motion passed.