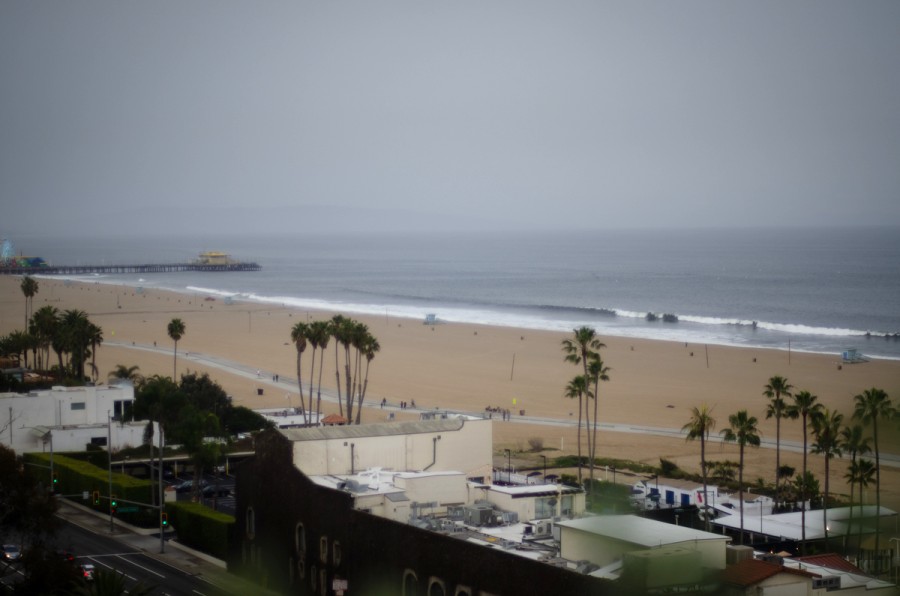 A tsunami that reached the California coast over the weekend inflicted no damage to Santa Monica beaches.

On Friday, the Hunga-Tonga-Hunga-Ha’apai volcano erupted, sending a plume of ash 12.4 miles into the air. Satellite imagery shows a giant ash cloud and shockwaves extending from the eruption. Waves crossed the shoreline of Tonga’s capital, Nuku’alofa, on Saturday, flooding onto coastal roads and inundating properties. There have been no reports yet of mass casualties. The extent of the damage remains unknown as communications have not yet been reestablished.

At 4:53 a.m. the National Weather Service (NWS) issued a tsunami advisory for the coastal areas of California, Oregon, Washington, British Columbia and Alaska. The hardest-hit area was the Santa Cruz harbor where tsunami waves rushed in at high time flooding a parking lot. Flooding was reported at the port San Luis parking lot as well. No damage was reported to coastal areas within Santa Monica Bay.