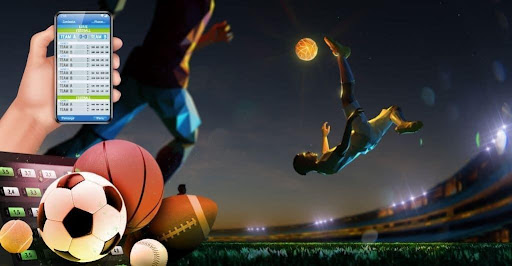 For over fifty years, California locals have often encouraged specific endeavours beyond the limits of their state’s laws and legislations – and sometimes labelled – as degenerate behaviours with a detrimental effect. But in most cases, the eventual outcome of overcoming the status quo has played its part.

The 1980s saw voters approve a state-run lottery, following-suite of California’s neighboring states, in an election mainly supported by an organization that supplied lottery scratch-offs.

The original lottery began with scratch-off coupons but later resulted in a wholly developed gambling enterprise with systematic draws consisting of jackpots worth millions, some of which collaborated with other states. To this day, scratch-offs are available.

The next memorable legalization arrived in the early 90s when multiple Indian tribes of California seized the opportunity of a change in the law. Said tribes turned entrepreneurial and entered the world of casino gambling.

The Indian tribes began their venture with bingo lounges; soon after came slot machines. Massive revenues allowed the Indians to evolve from businessmen into politicians, ultimately leading to a persuasive stance in the future of gambling in California.

The state of Nevada had once initiated an attack on legal gaming, but the cash flow generated by the tribes allowed them to build resorts that rivalled that of Nevada. And in an ironic fashion, the two states established a partnership.

With the stigmata of gaming slowly fading, the mid-90s also developed a positive result in the semi-legalization of marijuana. Votes supported marijuana use for medical benefits, and 20 years later, it’s now completely legal.

And now, in 2022, the next step in California’s attempt to overpower another unnecessary law – sports betting/online sports betting – will take centre stage in the courtrooms.

Since 2018, when the United States Supreme Court decided to remove its anti-gambling laws, thirty states have welcomed the legalization of sports betting. However, in California’s cliché fashion, they’re trailing behind in their efforts to replicate a nationwide movement.

The stalemate in California’s attempt to legalize sports betting is surrounded by complications, including the return of Indian Tribes and their notoriety in the gaming industry. The first case which made its qualification into the 2022 ballot is from a collection of 18 tribes and would see sports betting in their casinos only in a retail-only proposition.

While the tribes have maintained their control of the casino space, it’s only a matter of time before the 2022 California ballot dictates their position in legal sports betting and online gambling.

It’s not difficult to comprehend the greed tactics at play, but an argument could also be made from a territorial perspective. While some believe that online gambling profits should be shared, others can argue that Indian tribes have long-ran California’s gaming space and why they should allow big-named operators a chance to reap the rewards. However, many other propositions are in the works.

In general, sports betting and online gambling is harmless tradition (when controlled) amongst gaming and sports fans worldwide. The permanent gains from a taxable and job-providing standpoint only harm the states who continue their avoidance.

During the first week of February 2022, a formation known as ‘the Californians for Tribal Sovereignty and Safe Gaming committee’ began its pursuit to obstruct sports betting operators with significant investment behind them. An official statement from the committee read:

“The tribes are financially committed to defeating the operators and have established an initial campaign budget of $100 million“.

Wilton Rancheria, the Rincon Band of Luisueno Indians, and the San Manuel Band of Mission Indians are the tribes involved in the blockade. They will go head-to-head with Bally’s, BetMGM, DraftKings, Fanatics Betting & Gaming, FanDuel, Penn National/Barstool Sportsbook, and Wynn U.S. sportsbooks.

Notably, the $100 million put forward by the tribes was the identical amount the sportsbook operators promised they’d spend when they began to pursue a ballot in late 2021. Thus far, the initiative has gained one-third of the required signatures to obtain placement on the ballot in November.

Should the U.S. operators reach the ballot stage and gain the approval in votes, it would introduce legalized online wagering with a 10% taxable fee.

With that said, the Indian tribes of California aren’t backing down, pointing towards the unethical practices in which the sportsbooks have been known to operate.

“In 2020, Californians voted to give sovereign Indian nations the exclusive right to operate gaming in California.” Said Roger Salazar, a spokesman for the tribal committee.

“The online sports betting measure sponsored by out-of-state corporations violates that promise of sovereignty, which has worked exceptionally well now for over two decades to the benefit of the tribes and California,” Salazar added.

Sportsbook spokespeople have fought back, claiming that “we won’t be scared away by the tribes dishonest political ambushes.”

“Our measure is proving to be incredibly popular with Californians,” commented Nathan Click, a sportsbook operator spokesman. “Ours will be the only measure on the ballot that will guarantee hundreds of millions annually to help solve homelessness and support mental health care.

“Nearly half of the country has now authorized online sports betting – proving it can be safely regulated and generate significant revenue to help states solve big problems. Our measure also provides millions in revenue for Californian Tribes – both to gaming and non-gaming Tribes alike.”

The alternative initiatives that could enter the November ballot include:

“Right now, there’s a pervasive illegal market in the state of California, where there are no age restriction methods,” said the vice president of government affairs for DraftKings, Griffin Finan.

We should expect to witness the arguments go back and forth in favor and against all initiatives until its ballot conclusion in November. Attempting to predict the outcome is anybody’s guess. Still, after the considerable tax profits missed from this year’s Super Bowl in California, it will undoubtedly favor the state to capitalize in this market without any more setbacks.