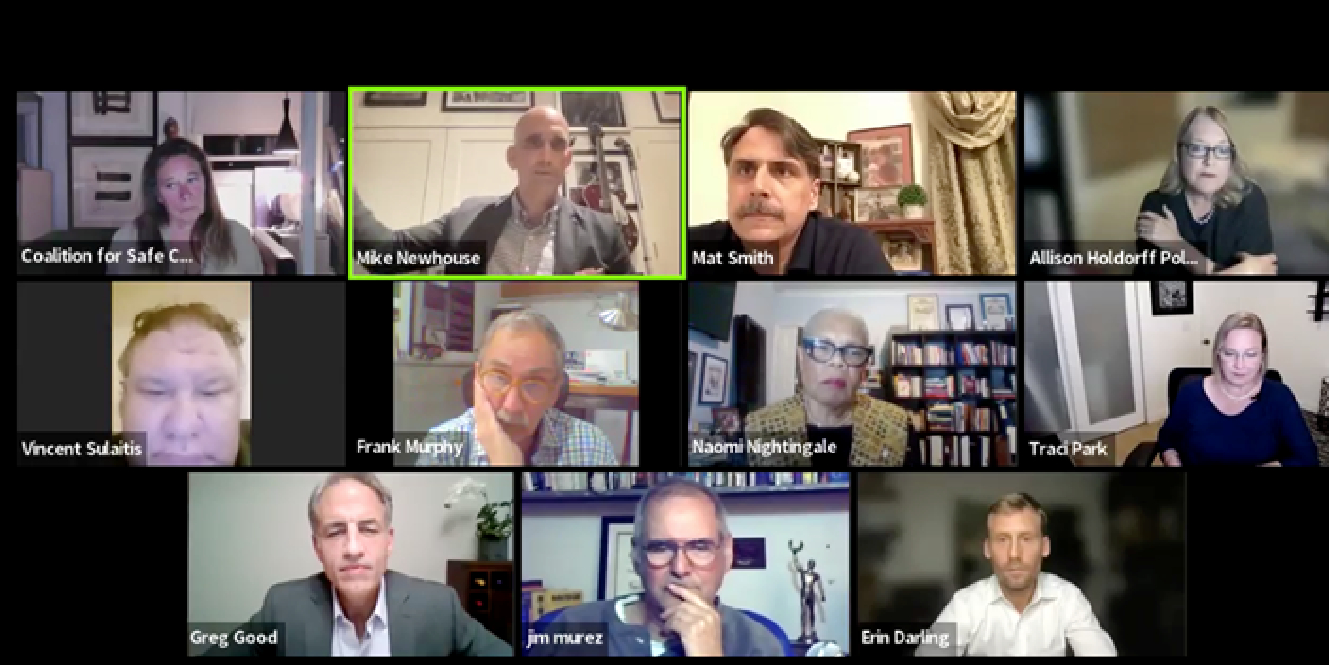 In what was a bumpy start getting the ZOOM presentation up and running, the night turned out to be a wide-ranging policy discussion on the issue of homelessness, encampments, crime, addiction and mental illness among the eight candidates who participated in this nearly three-hour discussion.This discussion centered on the most important issues in this race to succeed Mike Bonin on the LA City Council.

VNC Homeless Chair Frank Murphy and fellow member Vicki Halliday did an excellent job in herding the sheep to get this many candidates involved. It was announced that over 200 viewers watched seven first-time candidates and one second-time hopeful speak in the forum.

Surprisingly, the level of thoughtfulness and passion by all of the candidates came through. If there was one overriding agreement, efforts that are being made currently are not working and getting people off the street is the first priority no matter where you stand on how to fix this issue of homelessness in Venice and the rest of CD-11. The candidates were cautious and complementary to each other. It was clear from the beginning that none of the candidates tried to engage in any sort of attacks and all abided by the ground rules set in place by the moderator.

Because homelessness is in many ways the elephant in the room in any political forum, it is no coincidence that of the eight participating candidates, four of the candidates (Murez, Park, Newhouse and Darling) are all residents of DogTown. In total, there are six candidates from Venice: Cristian Letelier and Ronnie McCowan did not participate and neither did Gary Copeland who is from West LA.

The moderator asked a series of questions including asking each candidate for opening and closing statements. Since the marathon meeting was too long to report blow-by-blow, I have consolidated the commentary and relevant background information by candidate: