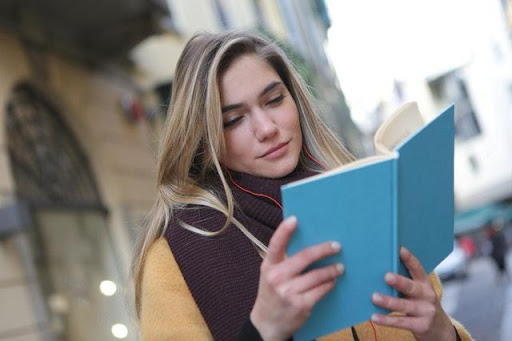 A film analysis essay is a fun activity because you simply binge-watch, then sit down and talk about it in writing. Sounds cool and easy, but the moment you are done watching, you go blank for most parts.

Research shows that you lose a percentage of information every second you blink, culminating in missing key points. Film analysis needs you to watch the movie with a plan and follow a structure that will make it easy to begin writing.

You need to give the film uninterrupted attention, which will be the foundation of having questions for your ideas. The first time should be for fun. The second time, you should be taking notes because notes help you keep track of the key moments.

Watching films is part and parcel of college life. In the course of your education, you will be required to write an essay at one point. It is important for students while learning to develop essays skills that convey a clear message. If you need inspiration with any essay sample, you can check out online resources to get any assistance. You can find support on any topic for essay and also find film analysis essay examples on Samplius. It is a great platform for students looking for information on film essay analysis.

After watching the film at least twice, it is time to brainstorm and come up with ideas for your film essay. This step helps you think, explore and develop ideas in a suitable fashion. Bunch your ideas in one central theme, which will guide you through the entire writing process.

Think about the images, colors, sound, effects and what direction you want them to lead you on. In case your essay is about raising an argument or a critic, think about connecting the facts with evidence. Depending on the nature of the film, use the connections you establish during the thought process.

Introduce the film with the directors and main actors. The director of the film is important to ensure the whole film comes in place. Give a brief outline of how the director came up with the script. This will enhance your understanding of his point of view.

This will make your analysis process easier as it will assist you in driving conclusions that are relevant to the film. Think about the actors at the same level. They bring the director’s ideas into practice. Contemplate how the actors in the film resonate with the director’s script and your essay plan.

Your writing process will be influenced by the number of times you have watched the film. It is recommended that you watch the film at least twice before you begin the analysis. You may have watched it hundreds of times, but you tend to forget when presented with the idea of writing analysis.

You can take advantage and refer to the screenplay if you have enough time. Also, the process requires you to make great deliberations on the film’s composition. Make an evaluation of how the different elements like musical and visual elements and how they relate to your essay.

This is the final step to end your film analysis essay, which includes editing and proofreading. You can use editing tools online or get a friend to review it and give their opinion before publishing it. It is important to endure your essay holds facts and clearly conveys the message.

The good news is the party you give to review doesn’t necessarily need to take the steps you have, like watching the entire film. Your draft at this point doesn’t have to be perfect because you just need to know if it matches a specified standard in the view of the reviewer or proofreader.

Before you begin writing your film analysis essay, there are fundamental things that need to be in place. The foundation of any analysis begins with watching the film at least once, better twice. To make it a great piece, you have to make time to watch it with a plan of writing an analysis, even if you’ve watched it many times. The above tips will be a great way to kick start and write a great film analysis.

Robert Griffith is a virtual trainer working for a reputed agency providing writing, editing and proofreading classes to students. On the side, he also works as a research paper and provides thesis and dissertation help to research students. His free time is for kitchen gardening, doing calligraphy and bird watching.