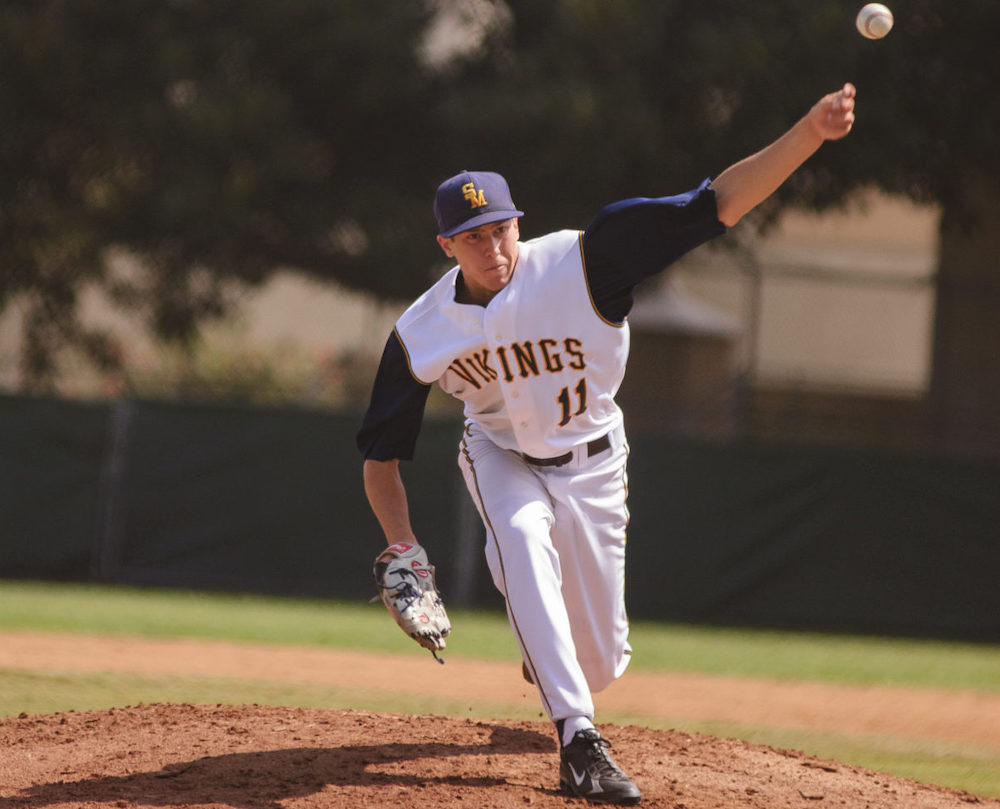 Eric Kay faces up to life in prison

An ex-employee of the Los Angeles Angels was convicted last week in connection with the 2019 overdose death of Angles pitcher Tyler Skaggs, who was also a graduate and pitcher for Santa Monica High School.

After less than an hour and a half of deliberation, a federal jury on Febuary 17 found former Angels Communications Director Eric Prescott Kay, 47, guilty of distribution of a controlled substance resulting in death and conspiracy to possess with intent to distribute controlled substances.

According to evidence presented at trial, Kay distributed the pills that killed Skaggs.Skaggs was born in Woodland Hills and grew up in Santa Monica where he graduated from Santa Monica High School in 2009 when the Angels drafted him in the first round.

“This case is a sobering reminder: Fentanyl kills. Anyone who deals fentanyl — whether on the streets or out of a world-famous baseball stadium — puts his or her buyers at risk,” said U.S. Attorney Chad Meacham. “No one is immune from this deadly drug. A beloved pitcher, Tyler Skaggs was struck down in the midst of an ascendant career. The Justice Department is proud to hold his dealer accountable for his family and friends’ unimaginable loss.”

The investigation began on July 1, 2019, when the Southlake Police Department received a 911 call stating that Skaggs, then just 27 years old, had been found dead in his hotel room at the Southlake Town Square Hilton. The Tarrant County Medical Examiner’s office later determined that Skaggs had a mixture of ethanol, fentanyl, and oxycodone in his system at the time of his death..

Inside Skaggs’s hotel room, investigators discovered a number of pills, including a single blue pill with the markings M/30.  An analysis of the pill  – which closely resembled a 30-milligram oxycodone tablet – revealed it had been laced with fentanyl, a powerful synthetic opiate.

According to the Department of Justice, in an initial interview with law enforcement, Kay denied knowing whether Skaggs was a drug user. He claimed the last time he’d seen Skaggs was at hotel check-in on June 30.

“However, a search of Skaggs’s phone revealed text messages from June 30 suggesting that he had asked Kay to stop by his room with pills late that evening. Investigators later learned that, contrary to what he’d told law enforcement the day Skaggs’s body was discovered, Kay had admitted to a colleague that he had, in fact, visited Skaggs’s room the night of his death,” the Department of Justice said.

In the course of their investigation, the Drug Enforcement Administration determined that Kay allegedly regularly dealt the blue M/30 pills – dubbed “blue boys” – to Skaggs and to others, dolling out the pills at the stadium where they worked.

Several former Angels players, including Matt Harvey, C.J. Cron, Mike Morin, and Cameron Bedrosian testified at trial that Eric Kay distributed blue 30 milligram oxycodone pills to them as well. They further testified that he was the only source of these pills and would conduct transactions in the Angels Stadium.

“Unfortunately, this guilty verdict will not bring Skaggs back or take away the suffering his family and friends have endured since 2019. What it does do; however, is affirm that justice prevails and drug dealers and enablers, like Kay, will be held accountable for their reckless actions,” said  Eduardo A. Chávez, Special Agent in Charge of DEA Fort Worth.  “DEA will continue to aggressively investigate the distribution of diverted and counterfeit prescription drugs in our communities.  The memories of those lives lost to drug overdose must not be in vain.” –

Kay now faces between 20 years and life in federal prison. His sentencing has been set for June 28, 2022. Following the reading of the verdict, the defendant was immediately remanded into the custody of the United States Marshal Service.