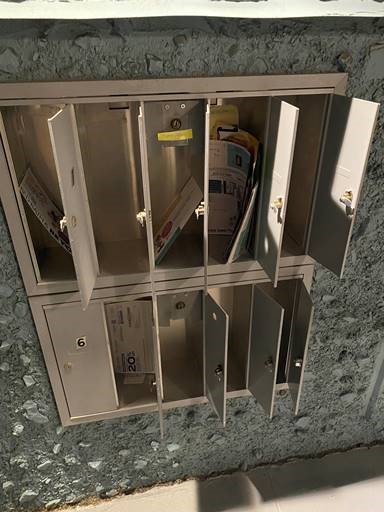 Santa Monica Police Department officers were dispatched to the 500 block of Idaho Avenue in Santa Monica after a report of a theft had been made by local residents. The residents were able to give the officers a description of the suspects and said that they were observed carrying a larger than normal amount of mail and seen walking southbound on Idaho.

When the officers arrived at the scene, they found a number of mailboxes at the residence had indeed been broken into. A witness told the officers that they had seen the two suspicious people walking in between buildings on the 900th block of Idaho. When the officers toured the area, they found the remains of mail and packages dumped on the street. As they continued their search, the officers found two people who matched the description of the suspects in the 1000 block of Alley 4.

They detained the suspects and found more mail with nearby addresses in the backpack of Sam Michael Davis as well as tools known to be used during burglaries, bolt-cutters, pliers and screwdrivers. When they searched the second suspect, Anthony Lucas Noles, officers found additional tools, methamphetamine and drug paraphernalia.