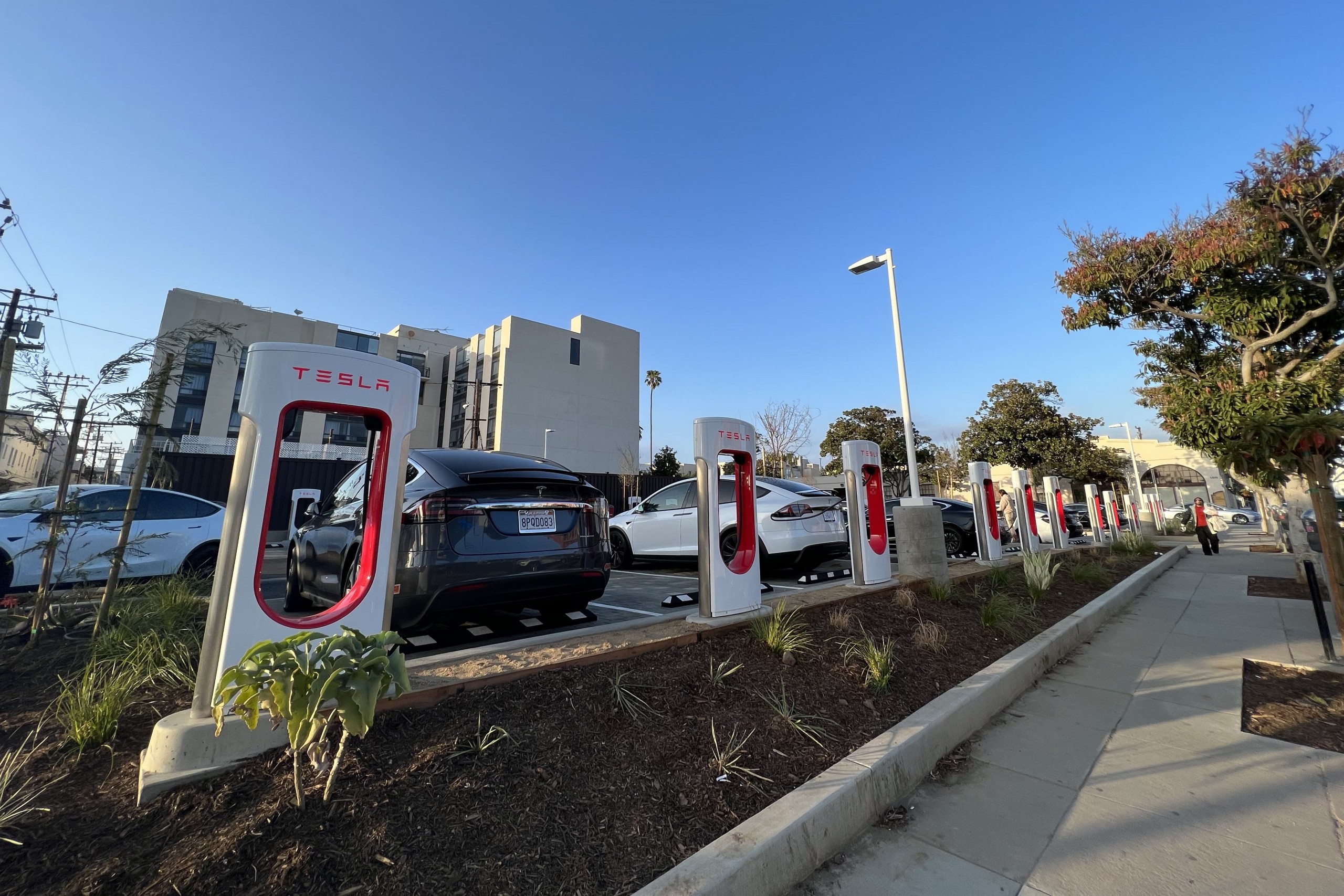 A new Tesla supercharger station has opened in Santa Monica, soon to be the world’s largest of its type.

On February 18, phase one of the second Supercharger in the city opened at 1421 Santa Monica, joining a charging lot at Santa Monica Place. The new Santa Monica Boulevard station currently has 26 V3 stalls available.

In 2018 Elon Musk announced plans for the Santa Monica Boulevard station. At the time Musk indicated that the station would include a retro diner and movie clips playing in the background. This may have been wishful thinking, however, as final approved plans for the station did not include these amenities. Final approved plans did include space for solar panels and restrooms.

The project hit a hiccup in March 2021 when Santa Monica City Council approved a moratorium on commercial development on potential housing sites. Lawmakers soon after, however, removed the project–along with other pipeline developments–from the Interim Zoning Ordinance (IZO) hold list, allowing the Supercharger station to move forward. According to a city report, the site could have accommodated a total of 70 residential units.

The new Santa Monica Boulevard station is a welcome addition to the city for local Tesla owners. The other station at Santa Monica place only has 14 spots available.