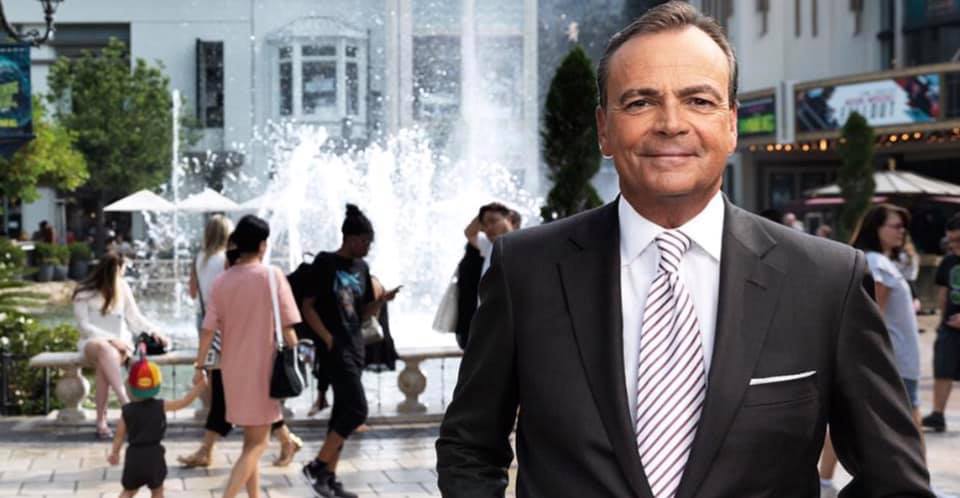 Billionaire Has Changed His Party Registration From No Preference To Democratic

Billionaire developer Rick Caruso has filed paperwork to become a candidate for the office of the Mayor of Los Angeles this afternoon as reported by The Los Angeles Times.

The 63 year old developer of The Grove announced his intention to run one day before the deadline to file in the primary on June 7. He recently changed his party registration from No Preference to Democrat, but had been a registered Republican for many years. Caruso has never been elected to office before but was appointed to the Board of the Department of Water And Power in the 1980s. He is the chair of The USC Board of Trustees, his alma mater, and was appointed president of the Los Angeles Police Commission.

After signing the paperwork, Rick Caruso said, as quoted by The LA Times, “I’m excited to be here. It’s a very meaningful day for me and my family.“I love Los Angeles.” but was interrupted by a protester who screamed, “L.A. doesn’t want a billionaire as mayor.” as reported by the LA Times.

Caruso’s late entry into the fray could be a spoiler in a race that was thought to have been mostly settled. Caruso is the developer behind The Americana at The Brand, Palisades Village and a number of other properties including The Grove. Caruso is a resident of Brentwood.