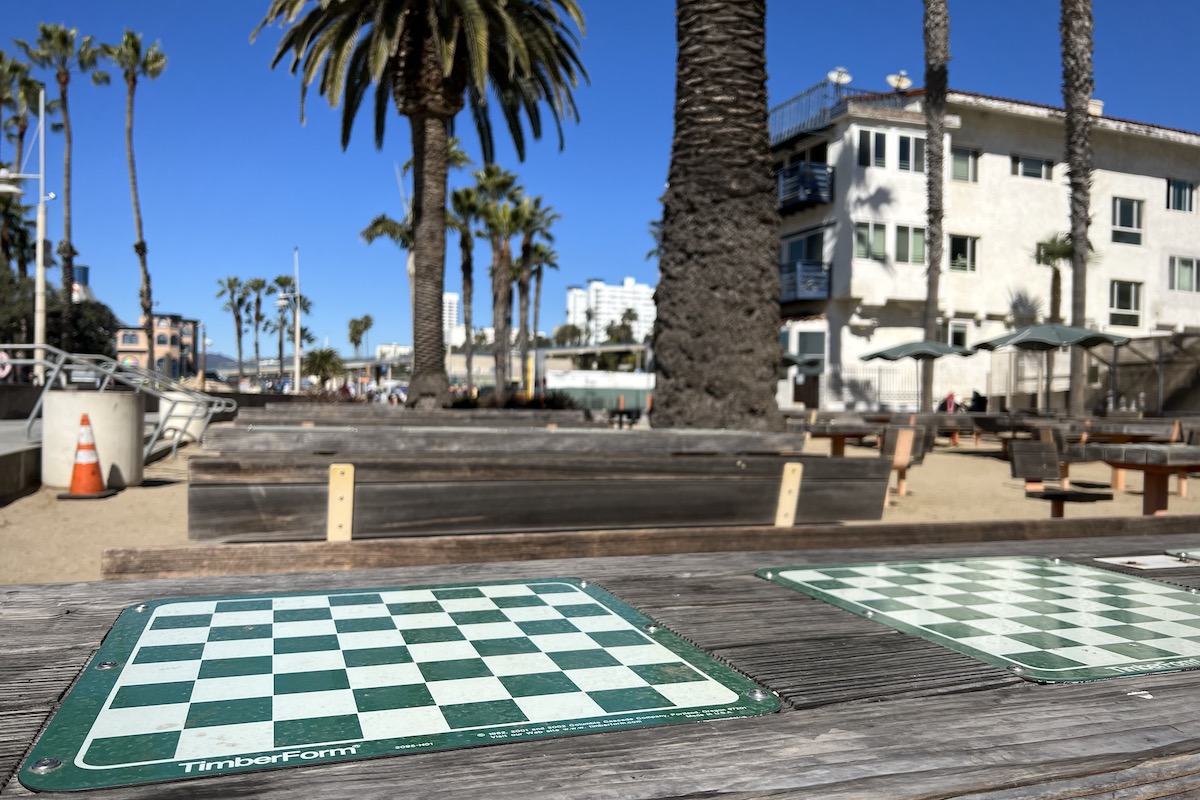 Removal of chessboards to begin February 28

Santa Monica’s Chess Park will soon be no more as city officials have announced plans to remove the tables and benches from this beachside destination over public safety concerns.

The removal of the remaining furniture including benches, tables and the collection of 67 chess boards will begin on Feb. 28 and cost the City $6,500. Assistant City Manager Susan Cline was quoted by the Lookout and said, “Staff will continue to monitor the park space once the furniture is removed to assess whether the changes have discouraged unwanted behaviors.” The park once contained a life size chess set which was a tourist attraction but only a few people use the park to play chess now. Removing the furniture will make the park a flat open space area.

According to the Lookout, Assistant Manager Cline said, “concerns about Chess Park have been consistently raised and documented. Reports include incidents of both antisocial and criminal behavior.” that are reflected in police logs. Cline further explained that “When criminal behavior is reported or witnessed, enforcement activity follows, including arrests. Based on these reports and observations on how the park is used today, staff have evaluated modifications to Chess Park to address concerns about safety and accessibility.”

Recreation and Parks staff don’t recommend closing the park, since park space in Santa Monica is at a premium, according to Cline, but it is an option that is being considered. Other options could include reopening the park with additional safety measures or changing the purpose of the park, perhaps converting it into a “revenue generating concessions location”. Cline added that, as quoted by The Santa Monica Lookout, “Without tables and benches, Chess Park would become flexible, non-programmed beachfront open space which could be activated by diverse users.” Any new use that the park could be put to would require additional funding and recommendations from the City Council and closure would require a Coastal Development Permit from the California Coastal Commission because the park is located in the coastal area. Even an attempt to declare the property a nuisance would demand consultation with the Coastal Commission’s staff.

Fencing the park area off is also considered an unlikely solution because, as Cline, as quoted by the Lookout, said it  “would not be visually appealing. In addition, it “would not guarantee people would not find ways to enter the space. It is not certain that closing the park and fencing the area will effectively abate quality of life issues, as it may create new opportunities for nuisance behavior on or around the site.”

Cline noted, in conclusion to her remarks in her report, as quoted by the Lookout, “Once the park’s new purpose is identified, staff can better assess costs, possible funding models, and the level of impact to other park projects.”