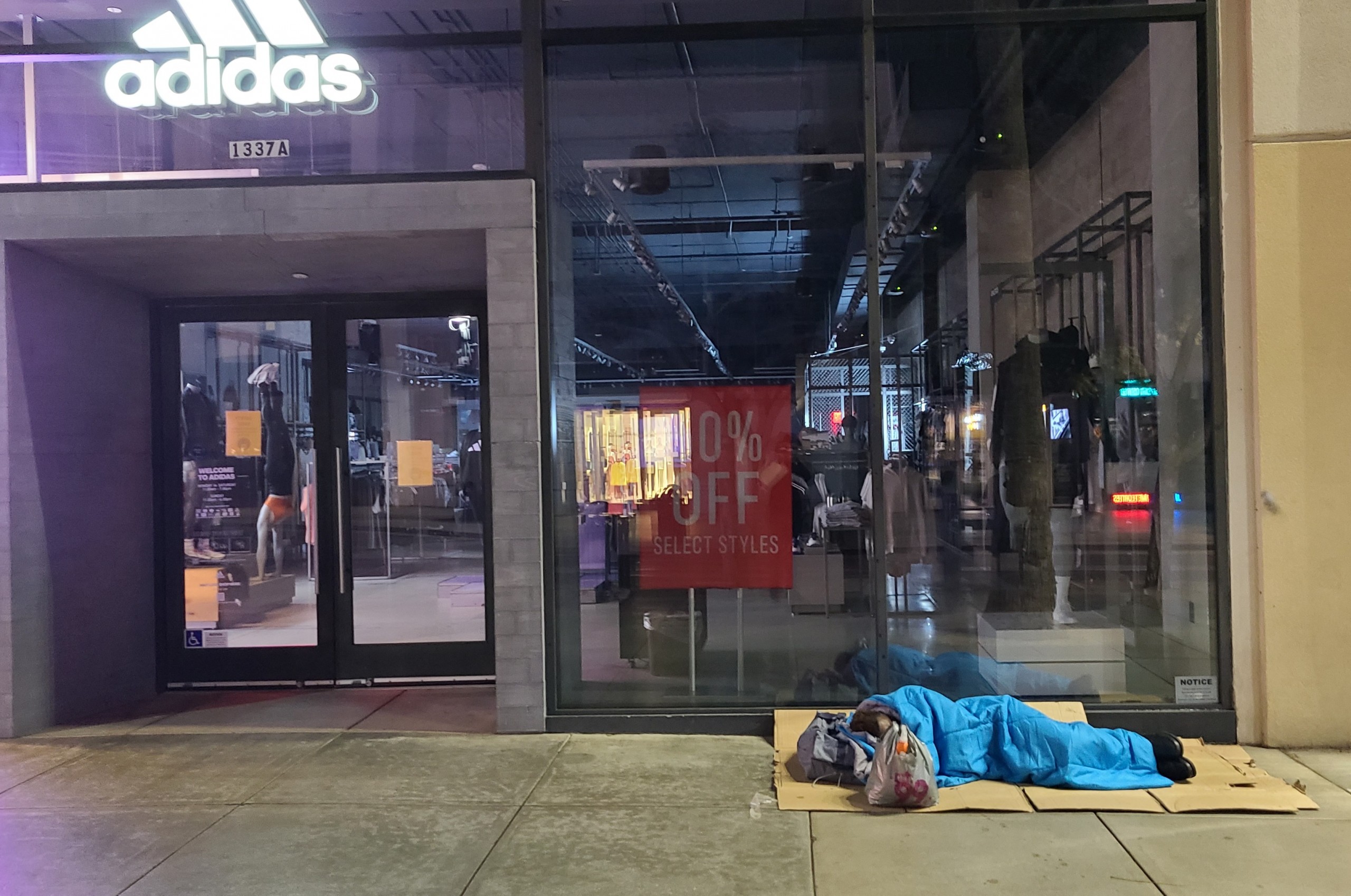 We all know about zombies from horror, science fiction, and zombie comedy movies but what is happening here in Santa Monica is no laughing matter. Going out in Santa Monica is becoming a mix of trepidation and terror, complete with dirty man-made monsters and criminals on the loose. This is not the time for getting popcorn and sitting on the sidelines to watch.

Homelessness including the mentally ill, is a national problem, and Santa Monica has become one of the key focal points in Los Angeles because of our city’s government’s inability or even unwillingness to do the hard and difficult things that need to be done consistently to resolve the problem. Santa Monica’s reputation is literally headed into the gutter and many of our residents, property, and business owners are suffering or leaving town as a result. Some prospective businesses are reluctant or unwilling to locate into Downtown Santa Monica because of these issues, exacerbating the number of vacant storefronts.

We are at the dawn of an apocalypse here. Our city has faced these challenges for decades, yet progress remains elusive and is fading entirely from reach. The inadequacy of government bureaucracy continues to myopically focus on process, rather than actually define the problem and then focus on resolving it.

There was a time not too long ago when it was much safer here and people leaving home never feared for safety like they are nowadays.

Something radical and new must be implemented immediately. I said in a previous article that these conditions are tantamount to a Public Emergency and must be treated as the number one priority here. Nothing will get better in any real way until this is resolved permanently.

There are other cities like Culver City where the streets are clean and without any people sleeping on the sidewalks surrounded with garbage and smelly detritus. There is a staggering difference there, but also depressing knowing how much better Santa Monica was and could still be. This is a serious quality of life issue for all involved, including the mentally ill and unhoused left to roam the streets and night screaming in anger, anxiety and suffering in pain.

While the longer term requires a complete revision of the city’s strategy and execution, immediate actions can be taken immediately by our city Government to mitigate the most pressing issues:

• City-owned garages must be immediately deep cleaned and secured. City-owned Garages remain a haven for the homeless, attacks on each other, open sex, drug dealing, fires. This has put off many shoppers and visitors to Downtown SM. The city Manager needs to immediately install electronic see-through gates that would help prevent crime, injury and unnecessary destruction. In the long run, the initial costs would save money and administrative time dealing with all the above. That said, there should be a separate dedicated city fund specifically for parking revenues to be used solely for these types of expenses and preventive maintenance and repairs. Deferred maintenance costs more $$$.

• DTSM, Inc. has diverted ±$450,000/month for an Ambassador Program that is not effective in managing this issue and increasingly ineffective overall.  “Maintenance” ambassadors follow city maintenance crews around at 4:00 a.m.  The “Hospitality” ambassadors are there to walk and answer questions from the public as to where bathrooms are, etc.  They hand out maps that list retailers and restaurants that vacated long ago. The friendly “Safety” Ambassadors don’t ask people to get up that are laying on the ground in front of storefronts or in the center of the Promenade.  I have been informed that they too have concerns of being attacked.

• We need more sworn active officers to just be in line with other cities nearby. This includes filling existing open positions and authorizing new positions.  Their safety effectiveness needs to be improved by directing them to enforce all the laws that are on the books.

• Deploy pairs of Santa Monica Police Officers to the 3 blocks of the 3rd Street Promenade, 2nd, 4th and 5th Streets during the day and early evenings. There will be more interconnection and relationships with retailers, customers and residents, the majority of whom do not feel safe any longer.

• Business owners should not need to notify the police department every 30-45 days that they don’t want people sleeping, sitting or loitering in front of their stores.  This destructive discretionary policy is contributing to making things worse.  A consistent policy will assist businesses and the continuity and effectiveness of city resources.

• Improve the effectiveness of the excellent Santa Monica Fire Department’s new Community Response Unit (CRU) to address behavioral health needs of the homeless in distress on city streets by adjusting the days and hours to start later in the day to include evenings and weekends, when a greater need is required

• Loss of focus by DTSM requires a reformed and downtown-focused Business Improvement District (BID) made up of property owners and business owners in Downtown that would have a direct interest in its conditions, maintenance, and related costs.  DTSM, Inc. is no longer effective and no longer listens to its stakeholders who fund the organization through assessments. Some years back the geographic boundaries were expanded to include areas east and south to include Lincoln Boulevard.  Lincoln Blvd.’s problems are different from Downtown’s.

The majority of the Board are now city-appointed members. Some do not even own a business or property Downtown. Some rarely even set foot on the Promenade or in our Downtown. With that in mind, we need to form a new Business Improvement District, made up of property owners and business owners in Downtown that would have a direct interest in its conditions, maintenance, and related costs.

Santa Monica is in entirely uncharted waters  Never in its history has Santa Monica and its irreplaceable downtown commercial destination faced such a dire crisis which clearly is the result of inadequate and improperly directed funding, weak management with no clear and firm direction towards a solution that prioritizes the welfare of our residents and businesses.

Further highlighting the municipal mismanagement were the proposals provided to the council at this week’s City Council meeting to raise yet again a plethora of taxes due to the ongoing weak revenue recovery. So rather than proactively define and implement serious policies to revitalize Santa Monica’s iconic downtown business district that has been a key revenue generator for decades, Santa Monica seems content to write off the entire asset and further burden the remaining revenue streams from the only areas still functioning in the city. This includes parcel taxes on the residents for the libraries.

To state the obvious, an effective working city government needs to become a reality, immediately.  Real leadership is needed, immediately. There is no other option.

By Michael Jolly for SMa.r.t. (Santa Monica Architects for a Responsible Tomorrow)