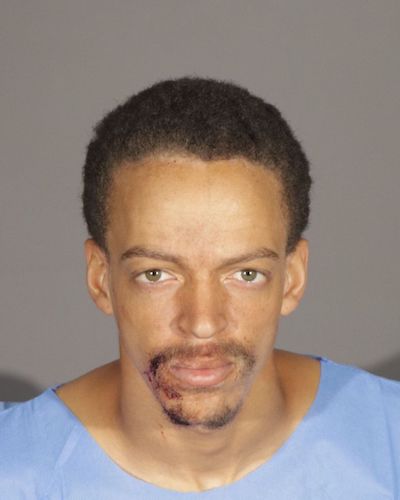 Santa Monica police arrested a suspect for attempted murder following a stabbing outside a Salvation Army this week.

According to the Santa Monica Police Department (SMPD), on March 7 around 1:15 a.m., officers were dispatched to the Salvation Army at 1533 4th Street to investigate an assault with a deadly Weapon that just occurred.

The reporting party provided a description of the suspect and continued to monitor him as he walked away, police say.

“SMPD Officers responded quickly and detained Michael Montgomery, a 29-year-old male, in the area of 4th and Colorado. Officers recovered a folding knife on Montgomery’s person. The victim was in found in front of the Salvation Army and was suffering from multiple stab wounds,” the SMPD said.

Officers began to render first aid until Santa Monica Fire personnel arrived then transported the victim to a local hospital.

According to police, a witness on scene identified Montgomery as the suspect involved in this incident.

“He informed officers that he witnessed Montgomery strike and stab the victim multiple times. The witness yelled for Montgomery to stop. Montgomery then followed up by kicking the victim then dragged his body a short distance while he was down,” police said.

Montgomery was transported to the Santa Monica Police Jail where he was booked for attempted murder and kidnapping.

Both the victim and suspect appear to be experiencing homelessnes, the SMPD said.

According to police, the victim remains in critical but stable condition.

Anyone with any additional information pertaining to this incident is encouraged to contact Detective George Burciaga at 310-458-8932 or the Watch Commander (24 hours) at 310-458- 8426.