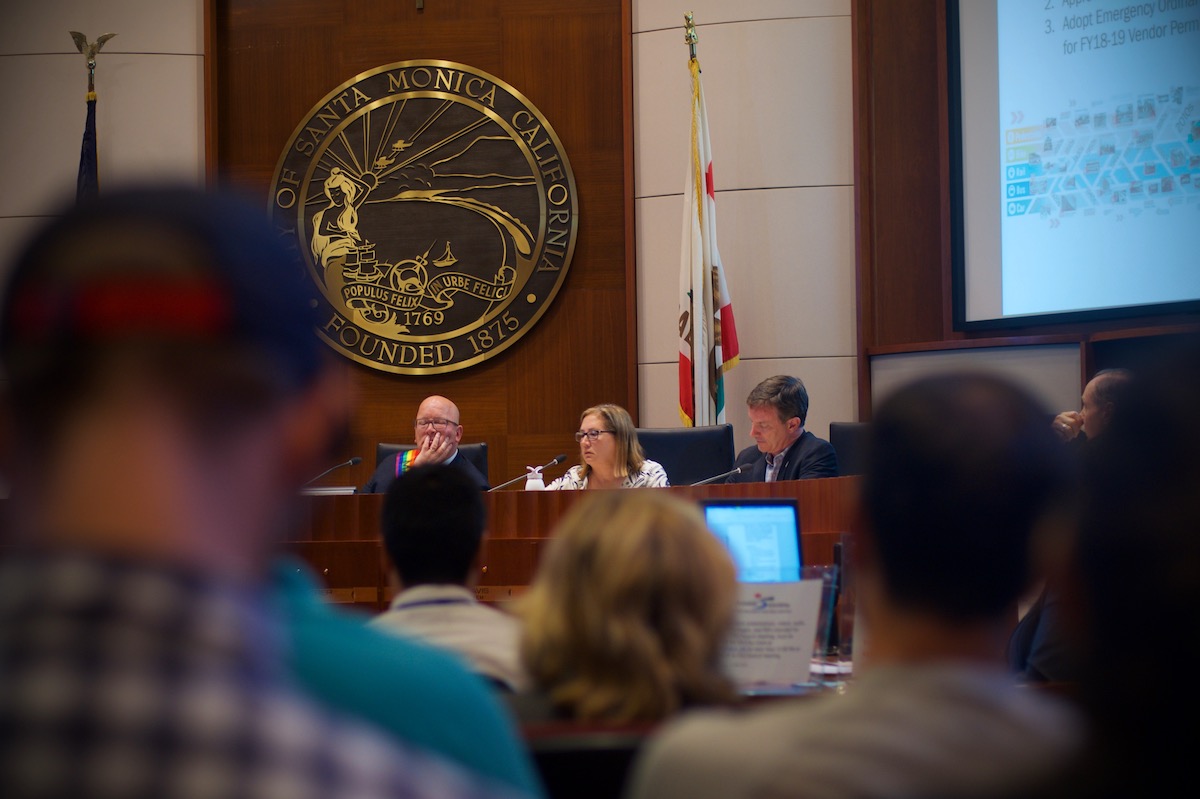 Santa Monica City Council has voted to continue to hold virtual meetings without the public present until April 7, 2022, as confirmed by the city’s Interim Public Information Officer Miranda Iglesias.

This means that the public would continue to be barred from attending the meetings held in the City Council Chamber until April 7, despite the fact that the Los Angeles County mask mandate was lifted for indoor spaces on the fourth of March. The mandate was lifted after Los Angeles finally moved from a rate of high transmission to a low transmission rate category per the Centers For Disease Control.

The state of California relaxed its mandate on indoor masking on March 1.

Santa Monica City staff recommended that the City Council continue to hold meetings without the public present, saying that having meetings broadcast virtually will “ensure that all members of the public — including those who are immunocompromised, not fully vaccinated, eligible to be vaccinated or reside with such individuals — have the opportunity to address the City Council and offer comment in real time.”

Back in September of 2021, the City Council cited Assembly Bill 361 which allowed public organizations to extend their virtual meetings during the current pandemic situation and every thirty days continued to receive reports and recommendations from the city staff as to whether or not it was still advisable to hold virtual meetings in chambers.

As part of the City Staff’s report, they affirmed that, “The procedures currently set up for City Council meetings, which provide for public attendance and comment through a call-in or internet-based service option, satisfy the requirements of AB 361.”

The state laws require that any teleconferenced or virtual meeting of bodies such as a City Council provide the public with ways to attend and comment on the proceedings and the issues being discussed and voted upon. The public must be allowed to address the City Council in real time to abide by the law.

Even with the City of Santa Monica’s decision, other cities have chosen to return to meetings that the public can attend in person like the cities of Beverly Hills and Long Beach who will begin to allow the public physically into chambers. Beverly Hills has chosen a hybrid City Council meeting with a virtual component allowing the public to continue to view and comment on the internet as of March 15. Long Beach will return to public attendance and comment only as of March 22, the City of Long Beach has stated, as quoted by The Santa Monica Lookout, “individuals interested in providing public comment must appear physically in the Civic Chamber.”