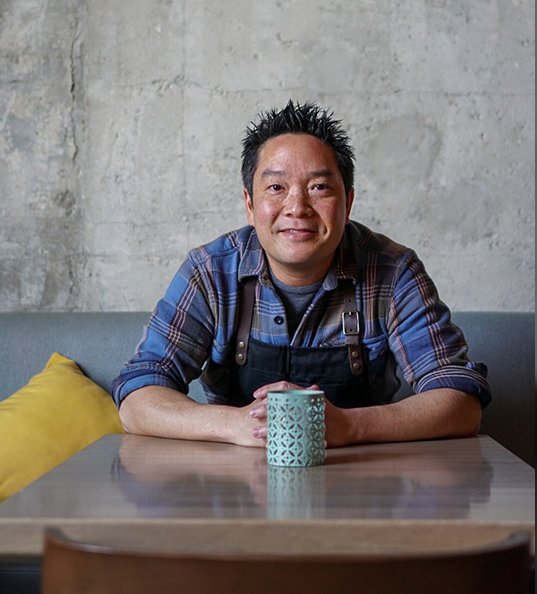 Chef Bryant Ng of Cassia up for award

Chef Bryant Ng of Cassia has been nominated as theb Best Chef in California by the prestigious James Beard Foundation (JBF). He is currently a semi-finalist in the proceedings.

Cassia’s social media posted this tribute to Chef Ng on their social media writing “We’re pleased to have an opportunity to celebrate a man who would never shine a spotlight on himself, and extend our sincere congratulations to all this year’s semifinalists. We are proud to be in the company of such incredible peers, who bring so much to both our plates and to our communities. And a special thanks to our dedicated Front & Back of House Staff, as well as our Leadership Team, who all work together to make Cassia such a deeply special place.”

The James Beard Awards hasn’t awarded any prizes in the last two years and issued a statement regarding inequity and their desire to address the issue in the industry and in their awards.

“In the last year, the Foundation conducted an audit of the policies and procedures of the Awards. The objectives: to continue the work to remove any systemic bias; increase the diversity of the voting body; ensure that communities far and wide know about the Awards and how eligible candidates may apply; increase transparency in how the Awards function; and align the Awards more outwardly with the Foundation’s mission and values,” the foundation said in a statement.

Cassia is located at 1314 7th Street in Santa Monica. The restaurant is part of the Rustic Canyon Group of establishments and has previously been awarded the Michelin Plate designation.

Their website describes the restaurant by saying “Cassia celebrates the fresh, vibrant flavors of Southeast Asia, striking a unique balance of soulful, ancestral cuisine and a California sensibility, utilizing the best quality ingredients from local farmers.”

Cassia was included in the Los Angeles Times 101 Best Restaurants List in 2019, 2020 and 2021 and received the Third Annual Gold Award, named after beloved food critic Jonathan Gold in 2019.

The award winners are scheduled to be announced on Monday, June 13, 2022 in Chicago at the Lyric Opera Theatre. Final nominations for the restaurant and chef awards as well as those being honored for Leadership, the Lifetime Achievement Award and Humanitarian of the Year awards will be announced on March 16 in a ceremony held in Scottsdale, Arizona. Furthermore, the nominees for the JBF Media Awards will be announced on April 27 in New York City. You can find the full list of Restaurant and Chef Semi Finalists here.