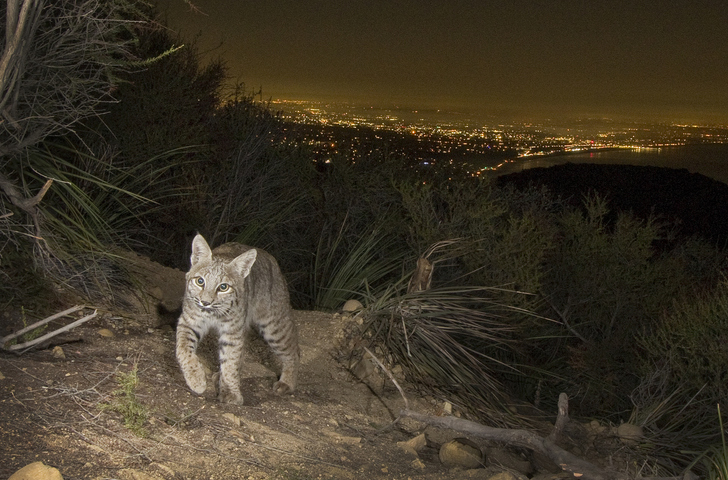 Los Angeles lawmakers have directed the city to offer the Santa Monica Mountains Conservancy first right of refusal before the sales of hillside surplus properties.

On March 2, Los Angeles City Council directed the Department of General Services to identify City-owned surplus property in the Santa Monica Mountains Zone and codify that the Santa Monica Mountains Conservancy (SMMC) shall have the first right of refusal to acquire such lands for conservation at the City’s purchase price plus any administrative and management costs incurred by the City.

“It is essential for our collective long-term health that caution preempts short-term profit when addressing City-owned open space in the Santa Monica Mountains,” said Tony Tucci, co-founder of Citizens for Los Angeles Wildlife (CLAW) who brought this issue to the City Council’s attention. “Today’s City Council vote recognizes that undeveloped City-owned lands of any size in our hillsides let us all “breathe” and that this land has an inherent and immediate value to our environment and a long-term benefit for the wellbeing of both our wildlife and human populations of Los Angeles.”

In 2008-9, former LA Mayor Antonio Villaraigosa initiated the “Own A Piece of LA” program intended to offer undevelopable slivers of City surplus land and remnant parcels to adjoining neighbors since they are deemed incapable of independent development and can only be of use to adjoining property owners. Since then, however, development in sensitive ecological areas has increased, resulting in the fragmentation and degradation of remaining wildlife habitat connectivity and corridors, particularly in the Santa Monica Mountains Zone. In particular, these zone is home to the Southern California subpopulation of mountain lions, now a candidate species under consideration for listing as “threatened” by the CA Department of Fish and Wildlife (CDFW).

“While I have been working with the City Planning Department for the better part of a decade to protect wildlife habitat connectivity in the Santa Monica Mountains, it is imperative that we be certain we are not at the same time inadvertently selling off parcels for development that could obstruct the very linkages we are working so hard to protect,” said Councilmember Paul Koretz.

Los Angeles is located in a global biodiversity hotspot called the California Floristic Province, which means that it includes more than 1,500 endemic plant species. According to the City of Los Angeles, at least 70 percent of the area’s original habitat has been lost, and that the rest is endangered by human activities. Much of the remaining biodiversity within Los Angeles is located in the mountains and hillsides including the Santa Monica Mountains Zone.

“Wildlife habitat connectivity is so essential to the survival of the cornerstone species we share our Santa Monica mountains with, and many areas are in serious danger of being blocked if we do not act urgently and consciously,” said Paul Edelman, Deputy Director of Natural Resources and Planning, Santa Monica Mountains Conservancy and its chief biologist.