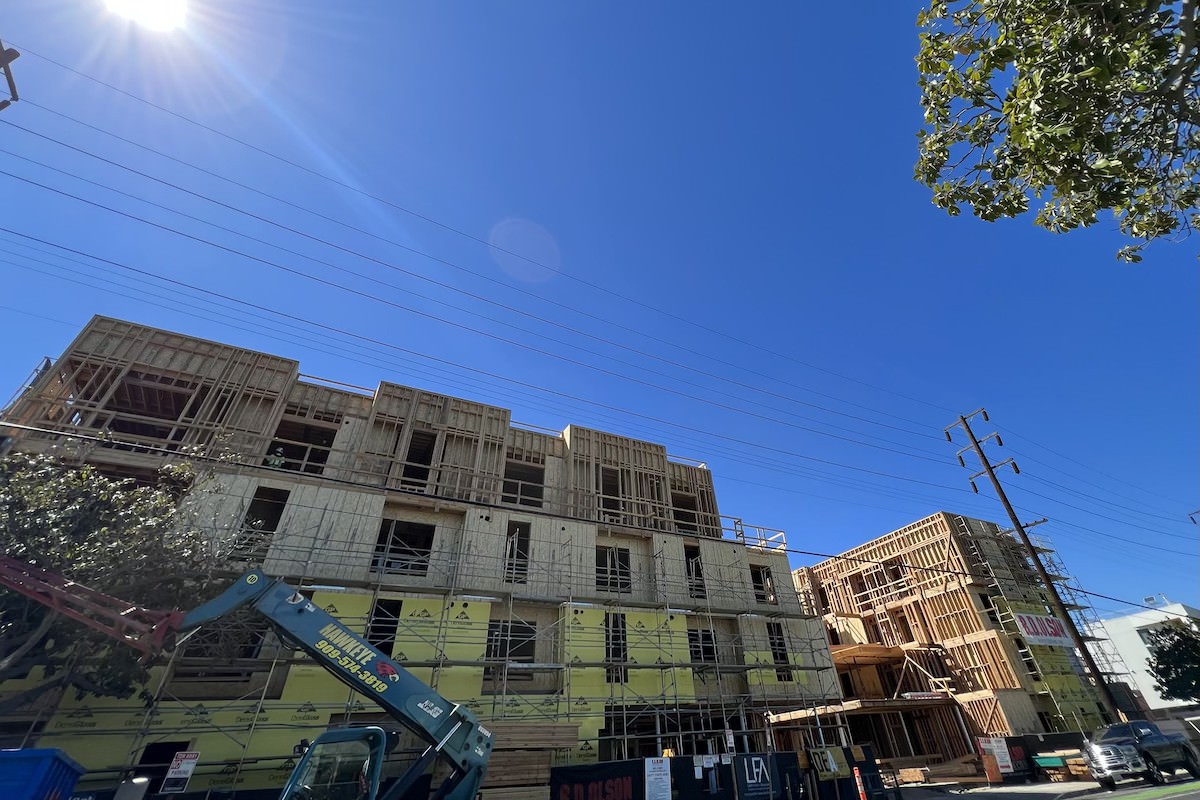 The Las Flores development in the Pico neighborhood of Santa Monica has reached another milestone in its construction, with the building reaching “top out” status as reported by Urbanize Los Angeles.

This new mixed-use development is at 1834-1848 14th Street and will offer 73 affordable apartments in a four story building, an underground parking garage and 3,500 square feet of retail space on the ground floor. The development company is Community Corp. of Santa Monica and the one, two and three bedroom apartments will be rented to those whose household incomes are 80% or less than the area’s median income for 55 years.

DE Architects are the designers of record and their staff’s description to The Santa Monica Architectural Review of the building’s proposed design is a “series of offset cubic masses” and “as a concept of solids and voids”, as quoted by Urbanize Los Angeles.

The construction company R.D.Olson Construction has given an estimate that the building will be completed by fall of 2022. This development is a beneficiary of AB 1763, the state bill that allows exceptions to zoning ordinances restricting height and density, so long as the buildings contain affordable housing units. Originally, this development was proposed as a three story, 55 unit building.