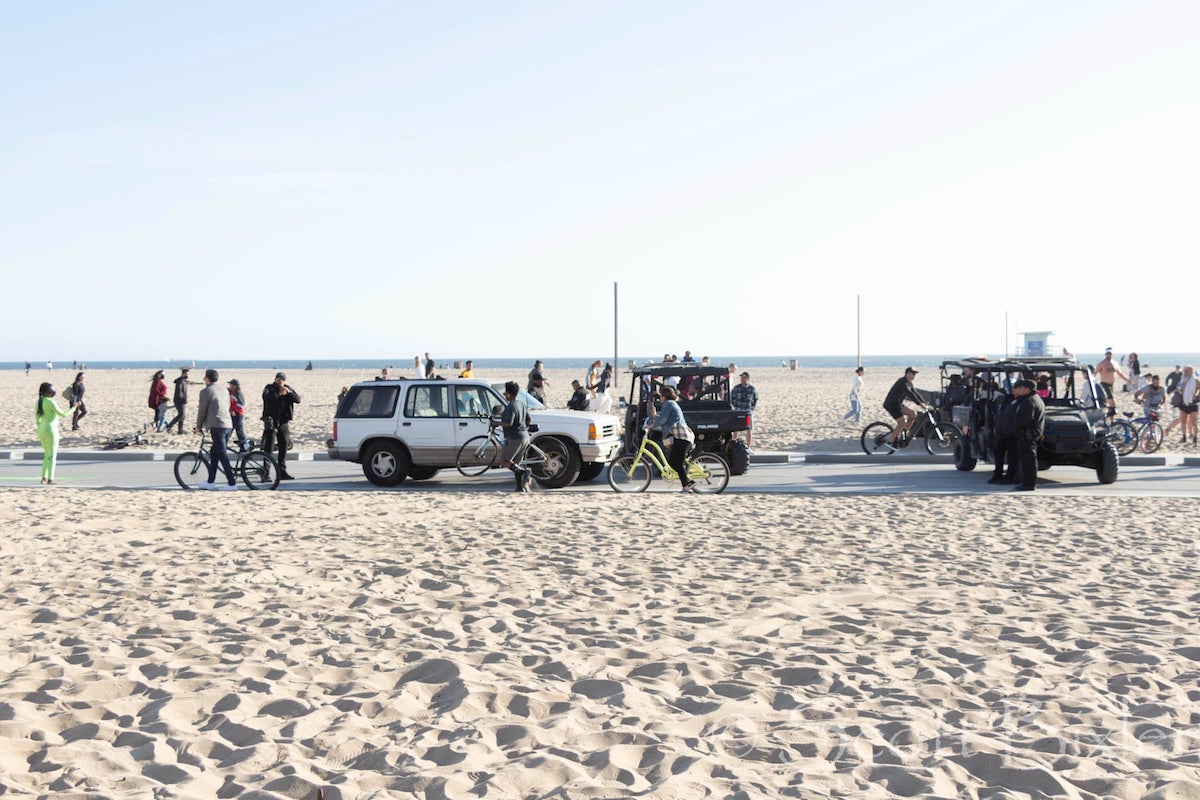 According to the Santa Monica Police Department (SMPD), the incident took place on Sunday, March 13, around 5:00 p.m. Police say officers observed a Ford Explorer recklessly driving on the beach bike path at a high rate of speed, in the area near Crescent Bay Park.

“Dozens of pedestrians and bicyclists had to move/jump out of the way to avoid being struck. With hundreds of individuals on the path, officers alerted all within harm’s way with their lights and sirens,” the SMPD said.

Officers were able to stop the vehicle at about the 1600 block of the beach bicycle path, near the Santa Monica Pier.

“The suspected DUI driver was taken into custody before anyone was hurt,” the SMPD said.

According to police, the suspect, Jaime Cruz Ibarra, a 62-year-old male from Compton was booked for DUI, reckless driving and driving on a bicycle lane.