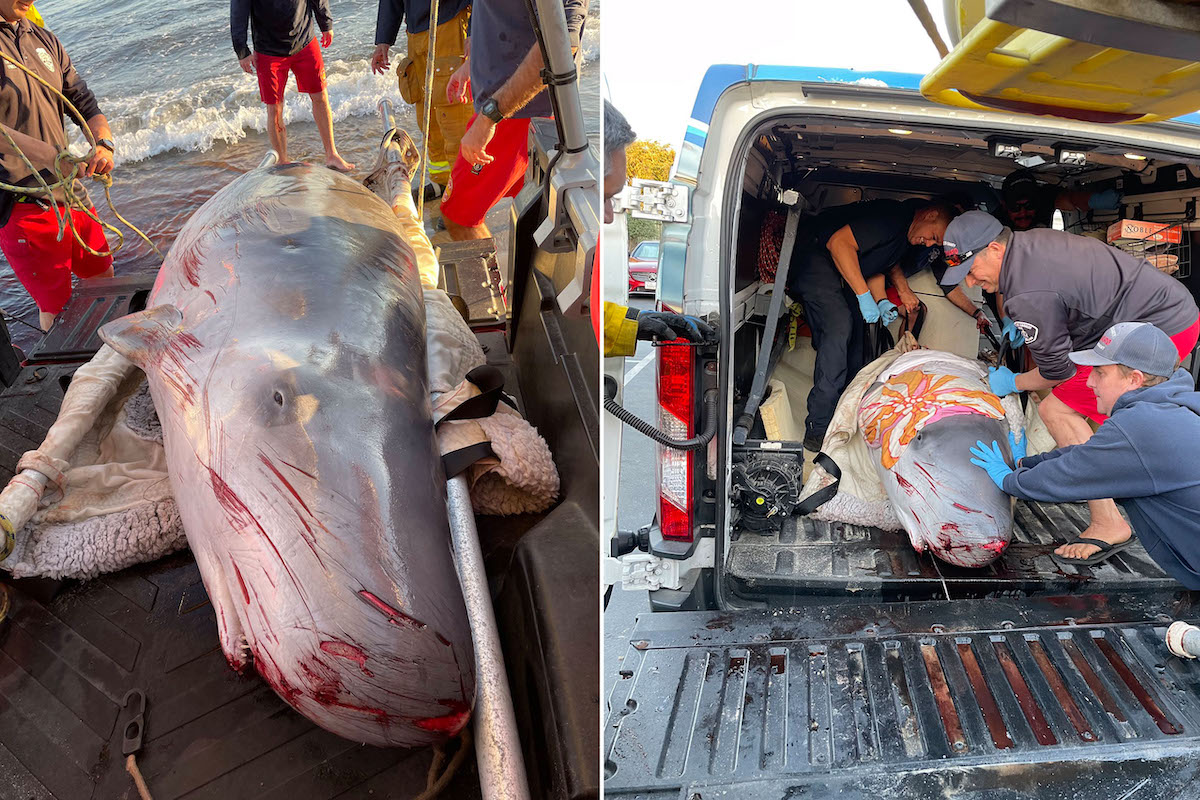 A pygmy sperm whale that washed ashore at Malibu Surfrider Beach over the weekend was later euthanized.

According to Los Angeles County Fire Department Lifeguards, the pygmy sperm whale was reported washed ashore around 4:40 p.m. on Sunday.

Lifeguards arrived to find the whale, an adult stranded on the beach. Lifeguards and firefighters removed the whale off the shoreline and transferred care to California Wildlife Rescue, where officials said the whale had to be euthanized due to injuries.

“We received a call that an adult pygmy sperm whale had stranded in the Malibu Lagoon on Sunday afternoon,” California Wildlife Rescue said in a statement to CBS. “We were able to remove the whale from harm’s way on the beach. The whale was in poor health and had sustained many injuries as a result of hitting against low tide rocks. Working with NOAA, we opted to humanely euthanized the animal, in order to prevent additional suffering.”

Pygmy sperm whales are found throughout the tropical and temperate waters of the Atlantic, Pacific and Indian Oceans. They are rarely sighted at sea, however, so most information come from stranded animals – making a precise range and migration map of these whales difficult, according to the Society for Marine Mammalogy. Their status is usually described as rare, but occasional patches of higher-density strandings suggest they might be more common than previously estimated. The total population is unknown.