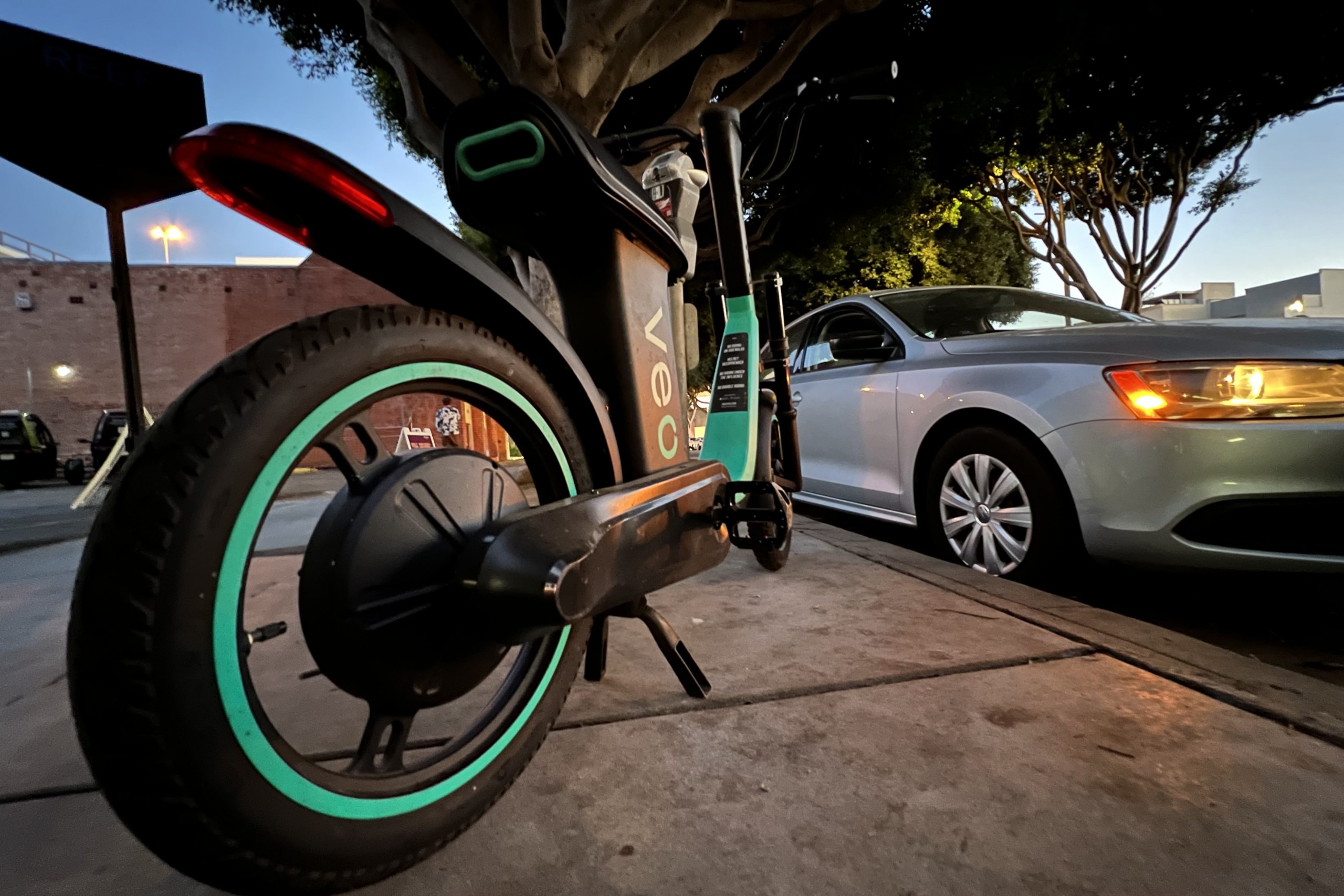 Veo, the electric bike and scooter company, has opened a new headquarters in Santa Monica and their intention is to expand their workforce in the city by hiring another 300 workers to augment their current workforce of 200.

The new headquarters is located at the Third Street Promenade and the company’s CEO Candice Xie has relocated to the city, so it seems like the company is committed to long term operations on the West Coast and in Santa Monica in particular. You may have already noticed the company’s scooters and bikes at the Expo Line Terminus at Fourth Street and Colorado.

The company was founded in 2017 and has been in business in Santa Monica since 2021, so their current workforce is 200 already but the company has already committed to hiring another 300 mostly Santa Monica local hires by the end of the year.

“Our expansion across the U.S. has been steady and intentional. When we began operating in Santa Monica, the birthplace of shared mobility, we were committed to developing a long-term, collaborative partnership with the city focused on responsible business practices,” Xie said. “As we expand in the western half of the U.S., Santa Monica was the clear choice to establish our second headquarters given the city’s role as a micro mobility model for cities globally.”

Veo already has a presence in 30 areas in the United States including cities like Chicago, Seattle, The Bronx, Cedar Rapids and Charlottesville. They have outlets at universities like Texas A&M, the University of Oklahoma and Indiana University. The company chose Santa Monica as its West Coast hub because they consider it a strategic location to expand further into the Los Angeles market and plan to open in the city of Los Angeles soon.

This is good news for Downtown Santa Monica Inc, because during the pandemic a number of technology companies either left the city or leased their buildings because of the pandemic.

“Downtown Santa Monica has been the center of innovation in Southern California for more than 30 years, earning the moniker Silicon Beach because of the concentration of technology start-ups and other ground-breaking businesses. Veo’s addition reinforces our district’s commitment to developing solutions to the challenges of today to bring about a better tomorrow,” said Mackenzie Carter, Interim Executive Director of Downtown Santa Monica, Inc

Xie has said that she credits Santa Monica as the birthplace of shared mobility and Veo looks forward to working in a collaborative way with the City.

The company that launched that shared mobility wave in 2017 in Santa Monica, Bird  scooters, ran into financial difficulties during the pandemic and lost an appeal to remain in the Santa Monica market. Xie doesn’t want to be associated with Bird and said, as quoted by the Santa Monica Daily Press, “We don’t want to be associated with Bird in any case, because their practice is nothing we agree with. So I don’t think our decision to move here has much to do with Bird, it’s more focusing on our need and the attractiveness of the city by itself and also the inspiration (that) we want to do better in the industry.”

Veo’s business plan differs from other micromobility companies because their emphasis is on profit rather than expansion. Their company works more slowly to expand into new markets and has managed to become profitable in a world where many other companies have failed.