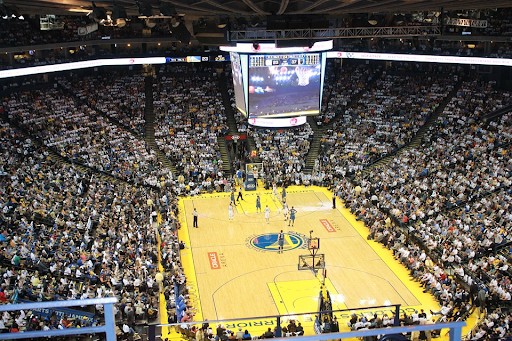 With superstars such as Stephen Curry and Lebron James, the crowd or audience that the league attracts goes beyond local borders. In addition, international stars like Giannis Antetokounmpo, Luka Doncic, and Joel Embiid make the NBA’s presence felt even more worldwide.

With that said, the talent and skills fans get to see in the NBA are some of the world’s best. Taking a hint from their past tagline, “Where Amazing Happens,” the league is really a place where amazing things happen. This 2021-2022 season has seen its fair share of occurrences that are truly amazing to ponder.

Here are some of the fantastic things that have happened so far:

It was a night where all the stars were aligned. At Madison Square Garden, considered one of the world’s basketball meccas, Stephen Curry made history by surpassing Ray Allen as the NBA’s most prolific three-point shooter. “Chef” Curry wasted no time, breaking the record in just 789 games compared to Ray Allen needing 1,300 to set it.

Oh, and let’s not forget that Stephen Curry broke this incredible record while having the worst shooting slump in 3FG% of his career. You can view each day’s NBA Moneylines and see that the Warriors have good odds to win each game. Although the Golden State Warriors lost many games after the All-star break, they’re still 3rd in the Western Conference.

It was only a matter of time as LeBron “King” James surpassed NBA legend Kareem Abdul-Jabbar for this seemingly unbreakable record. Making a three-pointer in a game against the Golden State Warriors, LeBron James got 21 despite a heartbreaking loss. In the process, he amassed 44,152 points, regular season and playoffs combined. In contrast, Kareem Abdul-Jabbar had 44,149 combined points when he ended his legendary career.

The King has a lot of gas left in the tank, and he’s eyeing the NBA’s all-time scoring record, also set by Kareem Abdul-Jabbar at 38,387 total career points. LeBron is sitting at third place behind Karl Malone. King James needs only a few more points to become the greatest scorer in the league. Experts agree that he only needs a few more seasons to achieve this remarkable feat.

The Memphis Grizzlies Beat the Oklahoma City Thunder 152-79, Breaking the Record of Largest Margin of Victory in League History

Even though Ja Morant didn’t play in this historic game, the Grizzlies clobbered the Thunder with a 73-point lead. Jaren Jackson Jr. led the Grizzlies with 27 points. Everyone who suited up for the Grizzlies scored a point in this lopsided victory. In fact, the Memphis Grizzlies’ bench scored 93 points, more than the whole OKC Thunder team.

Gregg Popovich ties Don Nelson with 1,335 total career wins as a coach with a win over the Kingless Lakers. As of this writing, there are still plenty of games left in the regular season, and Coach Popovich will most likely break this record. Although the Spurs are in 12th place and are far from a playoff spot, it takes away nothing from the dynasty that Coach “Pop” has built with the San Antonio Spurs.

Without a doubt, a 2-point FG is easier to do than throwing up a 3-point shot. For the Croatian Sharpshooter Bojan Bogdanovic, however, 3-point FGs are much easier to get. In a game against the OKC Thunder, Bogdanovic got 35 points while shooting 11 threes. The other two points were from 2 free throws. With those crazy shooting numbers, he’s the only player to have ever done such a feat.

The Chicago Bulls are having one of the best seasons since the Jordan era, and DeMar DeRozan is a big reason for that recent success. With an MVPesque season, DeRozan is the only player, beating out NBA legend Wilt Chamberlain, to have 35 or more points while shooting at a highly effective 50%+ from the floor. This feat is probably one of the most difficult to break in the coming years.

Typically, double-doubles always involve 10+ points and other statistics such as rebounds or assists. A double-double without points happened only once, way back in 1971. However, in a game against the New Orleans Pelicans, OKC Thunder’s Rookie Josh Giddey logged 10 rebounds and 10 assists, and 0 points. This occurrence is only the 2nd time it has happened in the league.

With such a high skill level on display, it’s no wonder why the occurrences such as those mentioned above happen in the NBA. With the season winding down, you can expect players and teams to go harder for a shot at NBA greatness.