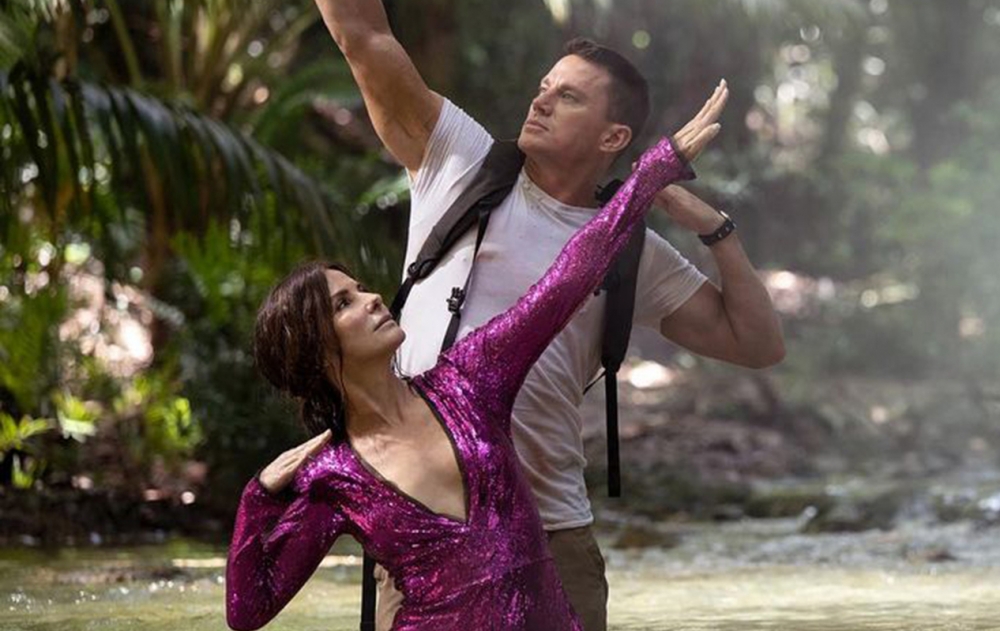 How about a fun movie for a change? –The Lost City, a romcom disguised as action thriller.

The Nee Brothers, Aaron and Adam, directed this film, a monumental undertaking for the two, whose background is writing, visual effects, documentaries, commercials, and music videos. Their 2006 feature, The Last Romantic, was shot on a digital video camera and critically acclaimed though never distributed.  Aaron’s work as cinematographer has been called “some of the most beautiful DV cinematography in independent film…” Not too surprisingly, the visuals and cinematography of The Lost City are rich and exquisite, shot on location in the Dominican Republic jungle, which serves as the subtropical home of an uncharted island civilization. The Lost City is a laudable second feature film for these two brothers.

The plot, of course, is one that has been evoked time and again, and it can work every time if given proper embellishment. The story of The Lost City recalls Romancing the Stone with Michael Douglas and Kathleen Turner. This time though, a 50-something actress and an actor in his early 40’s portray the romantic couple. This works in The Lost City because the rugged hero embodies the “damsel in distress” personality, the classic “dumb blonde,” as played to the hilt by the ever-entertaining Channing Tatum. He really has in a sense become a Marilyn Monroe for a new generation. He has mastered the art of displaying a character whose innocent, clueless looks belie an intelligent, complex character.

Tatum grew up in the bayous near the Pascagoula River in Mississippi, struggling with ADD and dyslexia as a child. After high school and some college, he worked odd jobs, including as a stripper. He dreamed of making a movie about his exploits in that field. Years later that dream became Magic Mike, the beginning of Tatum’s rise to one of the most popular and prolific film actors in the world.

I love watching the seemingly effortless astonishment of Sandra Bullock. Bullock grew up in Nuremberg, Salzburg and Vienna a native German speaker, often taking small parts on stage when she accompanied her Mom on European opera tours. Her US Army Dad moved the family to Washington DC when she was a teen. Bullock has starred in over 50 films and has produced many film and TV projects. Due to her fame, she has been involved in some frightening real life situations with deeply troubled fans. The weak point of The Lost City, unexpectedly, is the development of Bullock’s character, the romance writer who gets taken out of her element and dropped literally into one of her own romances. Bullock seems totally comfortable and naturally funny as always. The directors could have done much more with her costuming to play on the many ridiculously comedic situations, and might have given her a more dramatic arc in personality as reclusive writer turned adventurer.

Da’Vine Joy Randolph is fabulous as literary agent “Beth Hatten.” Daniel Radcliffe is deliciously warped and evil as “Abigail ‘it’s a gender-neutral name’ Fairchild.” Watch for Hector Anibal, who plays henchman “Rafi,” to be a breakout future star. Brad Pitt does a hilarious cameo takeoff of the ubiquitous handsome hunk. One of the funniest lines in the movie, spoken by Pitt, appears in the trailer – big marketing mistake. Having seen it already in the trailer, its impact in the film is deflated. Overall The Lost City is very well written and directed, full of unexpected situations and double entendres, with hidden visual and musical allusions for those who recognize them. The extra scene over the credits suggests the possibility of a sequel. I’d see it!