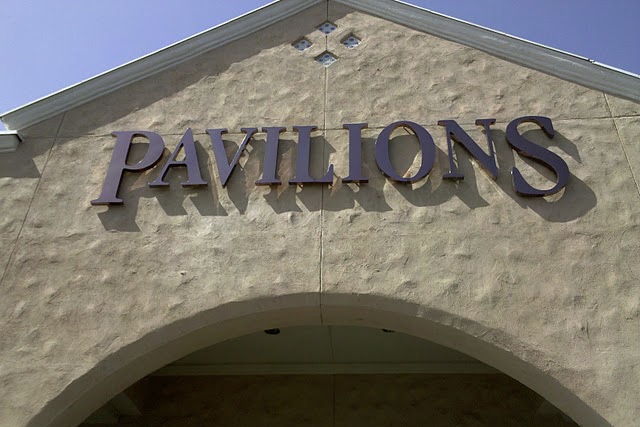 Union wants raises in wages, health and safety committees at the store level and to increase the base of hours for part time workers

Tens of thousands of grocery workers voted this week to authorize their union to call a strike against Ralphs, Albertsons, Vons and Pavilions in Southern and Central California.

The United Food and Commercial Workers (UFCW) Union’s recent vote to authorize a strike against Kroger and Albertsons took five days to complete but the Union said that 95% of their members voted yes.

Grocery workers unwittingly became frontline workers during the last two years of the pandemic, serving the public in dangerous conditions and dealing with the tensions of the job and the stress of a public that has become more unruly with the continuing worldwide conditions.

The latest approved contract between employers and 43,700 workers at 540 stores expired on March 3 and while negotiations had been taking place since January, the talks broke down three weeks ago. The grocery workers want significant raises in wages, health and safety committees at the store level and to increase the base of hours for part time workers.

Kathy Finn, secretary and treasurer of the UFCW Local 770 and one of the union’s primary negotiators said, as quoted by the Los Angeles Times, “These companies can either come to the table ready to negotiate a fair deal or we’re going to have to take this fight elsewhere.”

Talks resumed on Wednesday and negotiations could come to an agreement at any point within the next few days.

Ralphs stores are already starting to hire temporary workers to cover shifts if there is a strike. Ralphs said, as quoted by the Los Angeles Times, “No one wins in a strike — not our associates, not our company, not our communities and not the union.” and insists that their stores will not close during a potential strike.

Albertsons issued a statement saying “The outcome of the strike authorization vote does not change anything related to this process. We remain committed to negotiating a contract that is fair to all parties.”

It is not just grocery workers who are organizing and returning to unions for bargaining strength and protections in the workplace. The pandemic has seen different kinds of workers from businesses that have never had union workers realize that unions could speak for them. Workers at powerful companies like Amazon and Starbucks are trying to form unions and are facing penalties and push back from those corporations.

Grocery workers in more than one state have decided that they need to ask for better conditions and wages and are determined to do what is necessary to gain those concessions from employees in Colorado, Oregon and other states.

The authorization for this strike is considered to be an unfair labor practice based strike, which unlike the previous strike held in 2003 and 2004, would not be a full walkout against all of the employers stores. Federal law allows unions and employees to only walk out at the stores affected by those charges or 540 stores that are in areas of California starting in the central part of the state to the Mexican border.

The UFCW Union has filed charges against the grocery companies of intimidation and attempted illegal influence against workers with the National Labor Relations Board (NRLB) which Kroger and Albertsons deny.

The workers in the Southern California area have concerns about the high cost of living that they are faced with and it has only grown worse as their wages have not risen with the cost of living and their employers moved more workers into the part time category.

In Los Angeles, the living wage was calculated to be between $19.22 an hour for single people who don’t have children and $34.01 for families with two parents and three children in the year 2020. A living wage is a wage the minimum amount of money that a worker must earn to be able to pay basic living expenses in an area according to the wage calculator that was created by MIT.

UFCW wants a $5 raise for the long term food clerks, the category includes cashiers and stockers, who are the highest paid category of workers in the stores. A food clerk should earn $22.50  but only after working for five to seven years in a store. The companies offered a raise of $1.80. A third of the workers in grocery stores are food clerks.

One third of that same workforce, general workforce clerks or those who work in the in-store delis and stock non-food items, top out at $17.02 an hour. The union wants to increase that pay by $8 over a three year period. They argue that these clerks are performing the same tasks but are being paid less. The grocery stores only offered $2 as a raise.

The lowest paid and final third of the grocery store workforce are the baggers and clerk’s helpers who earn only slightly more than the $15 minimum wage. Negotiations about a pay raise for these workers haven’t begun yet.

Ralphs corporate affairs director John Votava said, as quoted by the Los Angeles Times, that the wage propositions “would lead to $400 more in monthly grocery bills for most Southern California households [and] push customers to nonunion competitors who do not respect collective bargaining.” Kroger and Albertsons do offer medical and dental benefits to their workers unlike other non-union grocery retailers. Those retailers include Amazon and Trader Joe’s and other non-union stores like Walmart and Target have more aggressively enlarged their grocery departments in the last few years.

Supermarkets don’t have a large profit margin, but the pandemic forced people to eat at home which drove record profits for grocery retailers. For example, Kroger saw a profit of $4.3 billion in 2020 which means that their profit doubled during the pandemic. Kroger was able to pay their shareholders $1.3 billion which their workers said should have been given to them since they are the ones who face the day to day risks during the pandemic. Kroger’s Chief Executive Rodney McMullan gave himself a $22.4 million in a pay package that earned criticism especially when Kroger ended a $2 hazard bonus for workers. Kroger also closed five markets in Los Angeles and Long Beach after the cities passed ordinances that required grocery chains to give their workers hazard pay for several months. Kroger said these markets were “financially unsustainable”.