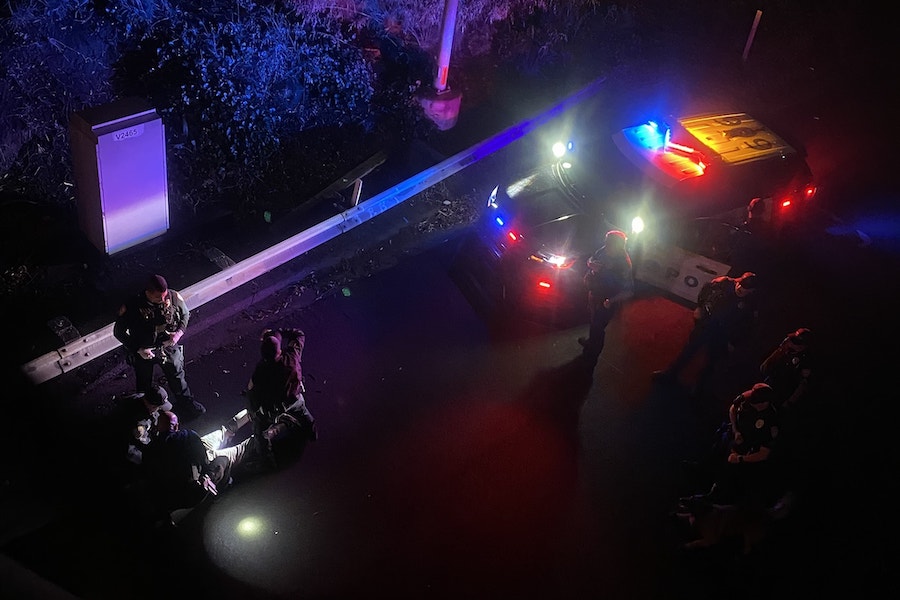 Santa Monica police this week arrested a man for robbing a man pumping gas and a woman in the parking lot of a grocery store, all in the span of 15 minutes.

According to the Santa Monica Police Department (SMP), on March 28 around 9:50 p.m., officers responded to investigate a robbery that had occurred at the 76 Gas Station located at 1776 Cloverfield Boulevard.

“Officers met with the victim who told them that he was pumping gas when a maleapproached him, threatened him with violence while demanding his car. The suspect then went into the victim’s vehicle, however, was unable to start it because the key was not in the ignition. The suspect then grabbed the victim’s cellular phone and fled,” the SMPD said.

The victim also provided officers with the description of the suspect.

A little while later, around 10:05 p.m., SMPD dispatch received a call of an unrelated robbery that just occurred in the parking lot of a nearby Ralphs Market located at 1644 Cloverfield Boulevard.

“Officers met with the victim who told them that she was seated in her vehicle when a male opened her car door, threatened her with violence, before grabbing her and attempting to forcibly remove her from the car. During the struggle, he ripped the victim’s cellular phone out of her hand and fled,” the SMPD said.

An SMPD officer soon after observed a male matching the suspect’s description in the area of 21st Street and Pennsylvania Avenue. According to the SMPD, when the suspect saw the officer, he jumped over a fence onto the embankment of the westbound I-10 Freeway. A perimeter was quickly established and the male, identified as Jabari Osiah Merritt, a 22-year-old homeless man, was taken into custody by assisting officers.

The victims on both incidents identified Merritt as the male that robbed them. SMPD Officers located the stolen cellular phones abandoned in the embankment.

Merritt was booked for robbery, attempt carjacking and resisting arrest.