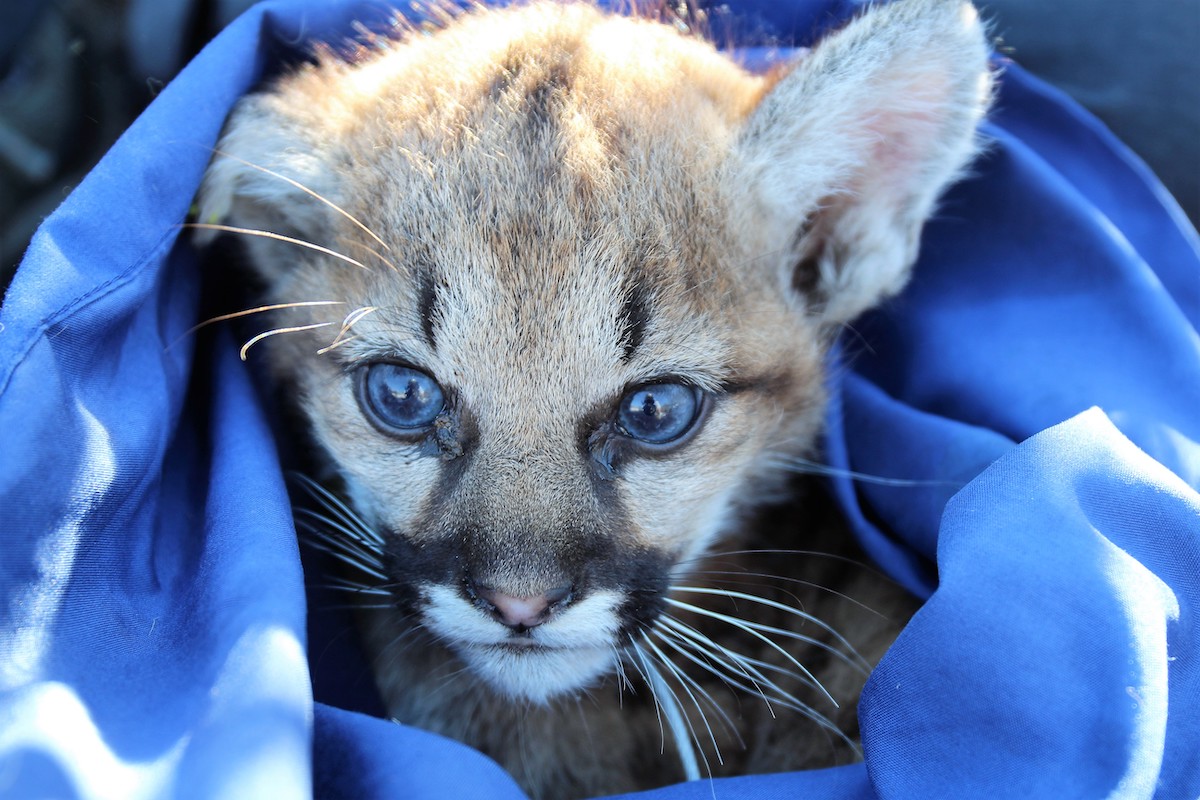 A necropsy report shows that two kittens, P-100 and P-102, discovered last November in a Thousand Oaks office complex as part of an orphaned litter of four, had residues of three different types of anticoagulant rodenticide (AR) compounds in their livers, according to National Park Service (NPS) officials.

The pair had died a few days after being discovered. Postmortem examination found both kittens to be emaciated, with a heavy flea infestation. Microscopic examination of their tissues revealed inflammation in their brain as well, and the detection of feline parvovirus in numerous tissues.

Biologists from Santa Monica Mountains National Recreation Area have been studying the mountain lion population in the region since 2002. They say the necropsy report revealed several firsts for the study.

“This is the first time a mountain lion in the park’s 20-year study has been affected by parvo, and these two kittens are the youngest mountain lions in the study to have anticoagulant rodenticides in their system,” said Jeff Sikich, a biologist who has led the fieldwork for the mountain lion study for two decades. “Thirty-one of 32 mountain lions have tested positive for exposure to one or more AR’s, and seven have died directly from poisoning.”

Feline parvovirus is a highly contagious virus that can cause illness, called feline panleukopenia, and death, particularly in young kittens. The necropsy report noted signs of the disease that were seen before the kittens died, including seizures, and indicated panleukopenia as contributing to the cause of death.

After the kittens died, biologists with the California Department of Fish and Wildlife (CDFW) transported their remains to the California Animal Health and Food Safety Laboratory System (CAHFS) in San Bernardino for a full postmortem examination, disease, and toxicology testing.Multiple anticoagulant rodenticides – brodifacoum, bromadiolone, and diphacinone – were detected in the tested liver samples for the two kittens.

Immunological tests revealed the feline parvovirus. Parvoviruses can infect a number of different mammals, and they can cause severe disease in canids (e.g., coyotes, foxes, and wolves) and felids (e.g., bobcats, mountain lions). They can last a long time in the environment and be spread by direct or indirect contact with feces. Vaccines can prevent infections, but wild animals do not typically get vaccinated.

In late November, NPS biologists and the California Department of Fish and Wildlife (CDFW) fitted the four kittens – P-100, P-101, P-102, and P-103 – with tracking collars and collected biological samples, thereby bringing them into the research study the NPS has conducted for the last two decades.

At the time of capture, the kittens appeared to be about six weeks old. The kittens’ mother was unknown and was not being tracked by the NPS. At that young age, they would not be able to survive on their own, so their best chance for surviving in the wild was if their mother continued to care for them.

The kittens were captured and collared in natural open space adjacent to the office park where they were initially discovered, and biologists monitored them, hoping their mother would return. When this didn’t happen, CDFW, with help from the NPS, retrieved them from the park area, and CDFW took the kittens to a local veterinarian, where two died overnight, P-100 and P-102.

P-101 and P-103 survived their ordeal and are now in captivity and cared for by the Orange County Zoo in Irvine.

The necropsy of a young, uncollared mountain lion found in a backyard in the western Santa Monica Mountains also showed the cause of death as anticoagulant rodenticide. A resident found the male cat, dubbed “P-R,” in his backyard in Newbury Park’s Dos Vientos community early on June 7, 2021.

This mountain lion had several anticoagulants in the liver, including brodifacoum, bromadiolone, difethialone, and diphacinone. This, coupled with hemorrhaging in the kidney area, confirmed a diagnosis of rodenticide anticoagulant intoxication. A non-anticoagulant rodenticide, bromethalin, was also detected in P-R, and residues of this toxicant have been found in a number of mountain lions over the last couple of years.

NPS has been studying mountain lions in and around the Santa Monica Mountains for the last two decades to determine how they survive in a fragmented and urbanized environment. CDFW is responsible for overseeing the management and conservation of mountain lions in the state.