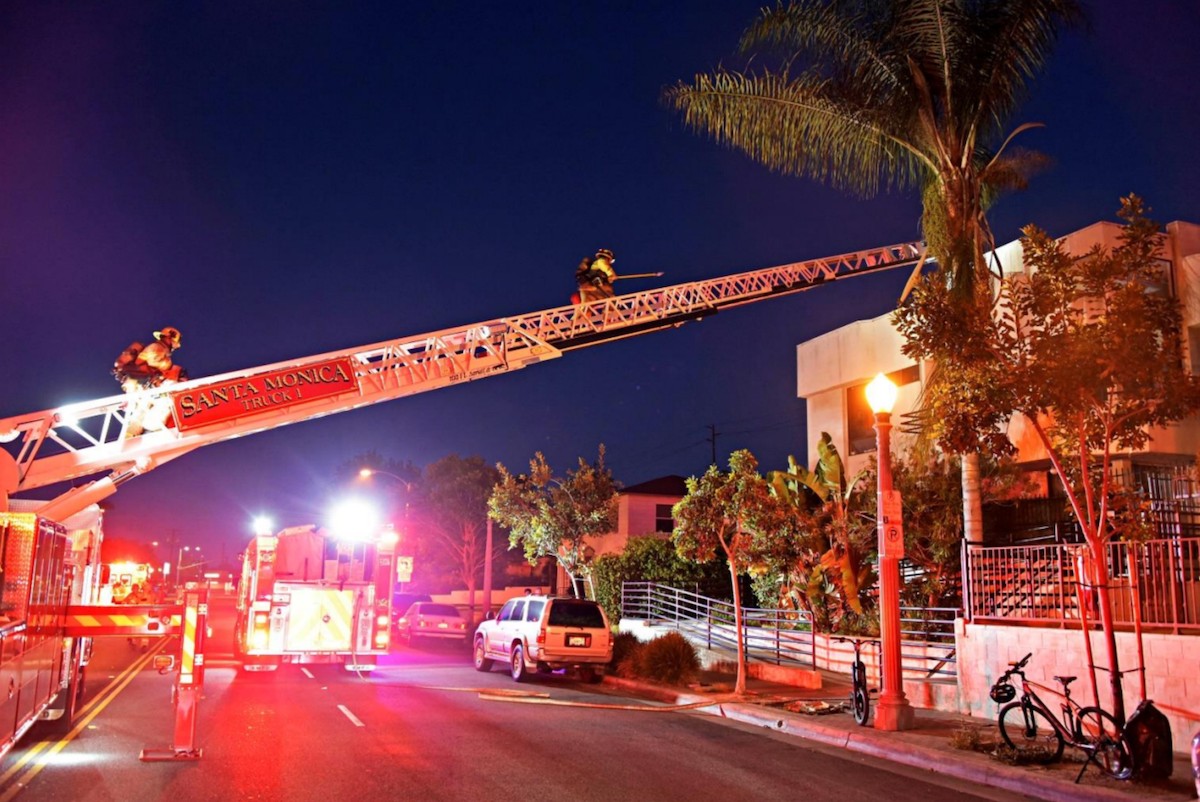 The Santa Monica Fire Department (SMFD) on Wednesday rescued two cats from an burning apartment building, the second structure fire in the Pico Neighborhood this week.

According to the SMFD, on Wednesday April 20 at 7:47 p.m. firefighters were dispatched to a reported structure fire on the 1900 block of 20th street in the Pico Neighborhood.

“There were initial reports that occupants were possibly still inside,” said SMFD Captain Patrick Nulty.

The first engine arrived on scene in under six minutes, the SMFD noted.

“Crews performed an aggressive fire attack and search of the units. During the search no human victims were located, however 4 cats were rescued from the apartment. Life saving measures were performed on the cats utilizing ‘pet oxygen masks’ which are carried on all Santa Monica Fire apparatus, and two of the cats were successfully resuscitated,” Nulty said.  “Unfortunately, the other two cats perished in the fire.”

According to the SMPD, the fire was contained to one apartment unit. The American Red Cross assisted the displaced occupant of the fire unit. SMFD Investigators determined the fire was caused accidentally.

This was the second apartment fire in the Pico Neighborhood this week. According to the SMFD, on Monday April 18 at 11:50 p.m. firefighters responded to a structure fire on the 1900 block of 17th Street. Crews arrived in 6 minutes, 5 seconds and found a 2 story multi-unit apartment building with fire in a unit on the first floor.

“Firefighters rapidly attacked the blaze while searching for occupants. The occupants of the apartment escaped and were uninjured. Thanks to a quick response and aggressive suppression effort, the fire was contained to only 1 apartment unit, and the rest of the building was spared,” Nulty said.

According to the SMFD, it took 27 Firefighters to extinguish the fire. No injuries were reported to residents or first responders. SMFD Investigators have determined this fire to be “unintentional” in nature, Nulty noted.