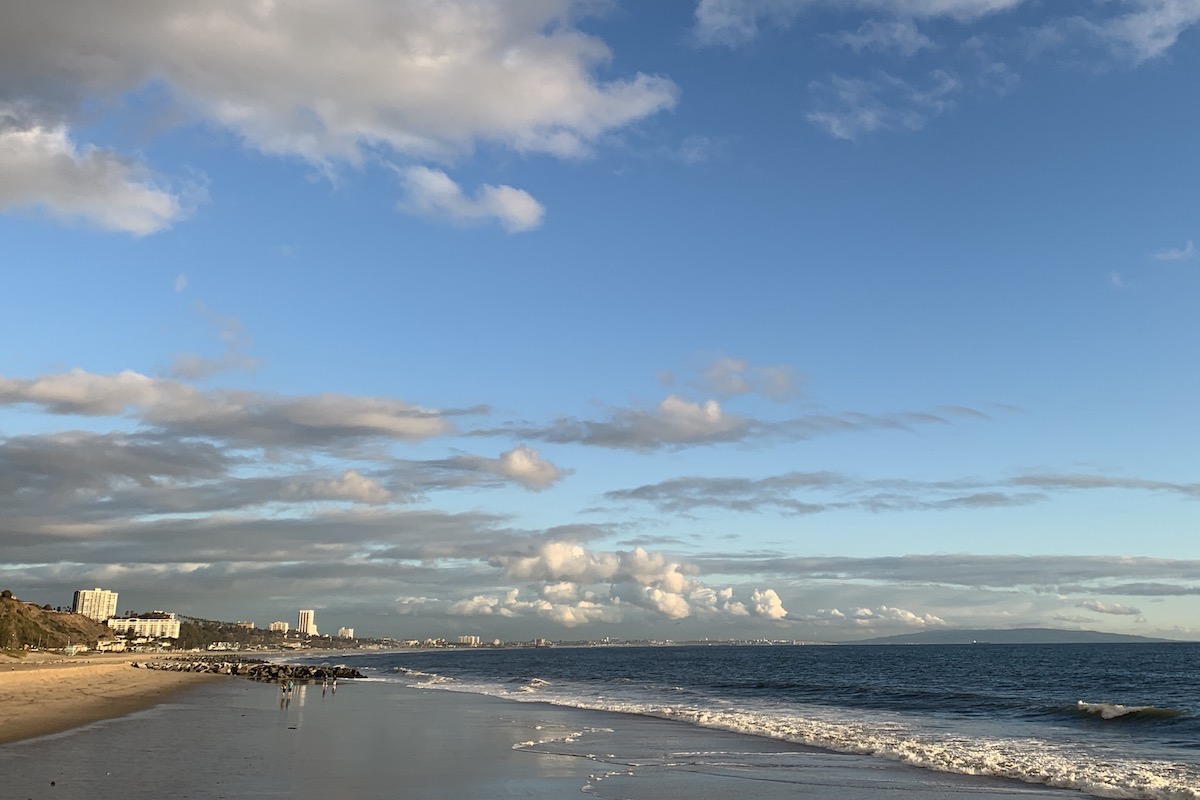 Over the last approximately two years your City has been busy trying to respond to new California laws that are completely destroying the urban fabric and quality of life of our City. Specifically, the State’s requirement to permit least 9000 new units (including 6000 affordable units) over the next eight years has coerced a massive up zoning and eviscerated our previous planning codes. To full fill that delusive State mandate of 6000 affordable units, will actually require the permitting of 40,000 to 60,000 putative market rate units, since the typical ratio of affordable to market rate units is 10 to 15%.
Just the 9000 unit fake target represents a growth rate 10 times our population growth over the last eight years. Unjustified by job growth, by household formation, by birth rate or by immigration, or by any other metric, this hallucinatory target has created an unnecessary scramble that has sucked up everyone’s attention and burned up thousands of hours and hundred of thousands of dollars of staff, resident, and City Council resources. The sole purpose of this State of California mandated up-zoning is to create value for land owners, investors and developers.

But putting it in such stark evidently greedy terms would never sell, so the up zoning has been camouflaged as creating an inflated amount of affordable housing (for which, of course, no funds are provided) and for fighting historical racism (which, of course, up zoning realistically does nothing). We are really talking about lipstick on a pig here.

Our own Titanic
From the Planning Department and Commission’s workload, it would appear that in a world where the Metropolitan Water District (which historically provides about a variable fifth of our water) has now run out of water, where food and energy shortages and a massive recession are stalking the globe, where inflation is rampant and global warming is crushing all cities, counties and countries with sea level rise, heat waves, collapsing agriculture, and massive migrations; the ONLY thing we are really planning for is the profits of developers?
This misplaced priority has kept us from planning effectively to deal with other real deadlier threats that we face and need to anticipate when upgrading our planning codes. In other words, while we spend our time figuring out how to cram more and more deck chairs into our 8.4 square mile Titanic, its deck is already tilting more and more. In fact, some deck chairs are already sliding off: for example, up zoning means we can no longer meet our water neutrality goals. Residents, particularly young ones, know this, and they can’t believe how cavalierly we are squandering our precious remaining time chasing the State’s upzoning mirage.
If our Planning Department staff and Commission were free to really plan, which is after all their stated purpose, what initiatives would they pursue instead of being forced to obsessively pander to the development community? Here’s a shopping list, by no means exhaustive and in no particular order, of what our planning community should be facilitating:

With the collapse of retail (thank Amazon) and the advent of massive working from home, we have an abundance of empty commercial spaces. Thousands of square feet are just sitting empty. In spite of these job displacements (they’re not gone just relocated), our City still has a job-housing imbalance: we have more jobs than housing (see the east bound traffic at 5 pm on the 10 freeway). While futilely waiting for more commercial landlords to lower their rock bottom rents even more, and while holding our breath during the worsening recession, we could be repurposing the second floor and above empty commercial spaces into housing.

Big commercial buildings have several housing advantages: often they have abundant parking, often are already fully handicap accessible, and often are on or near to major transit corridors. But the two salient advantages that no other housing strategy can simultaneously provide are: first if the spaces are already vacant, no tenants and businesses are being displaced and second it is cheaper and faster to use existing buildings than demolishing and then building new structures. While this is a relatively new activity with few current comparables, and while it does vary from building type and size, the cost of conversion is estimated to be at least 80% less than new construction for high rises and probably much less for low rise buildings. The major impediment to such conversions are the depth of the tenant spaces compared to their exterior wall area (needed for bedroom windows) and the absence of the open space (eg balconies) justifiably required by our current codes for residential units. The needed open space could be notched into the sides of the building or with roof decks or might be code exempted for these buildings. But their most significant advantage for our City’s sustainability goals is that less construction waste and expended energy is needed to obtain housing in the fastest way possible. Finally by staying within the existing building’s shell there is the least disruption and change to the existing neighborhood’s urban fabric.
The planning code should be revised to incentivize and facilitate these conversions by right. This is not an attempt to devalue our struggling business community but to utilize these existing underperforming urban assets in an immediately productive manner. The added upstairs residents will certainly enhance the remaining ground floor businesses.

Solar Access Ordinance
Today, given global warming virtually all buildings should be net zero: they should provide all their operational energy needs on site from solar, wind, geothermal etc.. This means their operating energy needs are not a continuous burden on their environment through increased heat island effect, pollution (eg. nuclear waste disposal), and the environmental destruction of fossil fuel extraction. In addition net zero buildings are much more survivable in the inevitable power shut offs from earthquakes, tsunamis, brownouts and other service interruptions.
In Santa Monica today, we cannot build, with current technology, net zero buildings higher than 3 stories. These buildings get their primary power from rooftop electric solar collectors. As these collectors and attendant building technologies become more advanced and efficient, we will soon be able to build net zero buildings up to 4 floors. However, some of that new efficiency will be devoted to automobile and micro mobility (electric bikes and scooters) recharging. Already the City is requiring all new single family residences to be net zero. It is time to extend that rule to all new 3 or 4 story buildings.
But the biggest obstacle to Net zero buildings is not their cost (photovoltaic collector prices have been dropping for years), it’s that they will be shaded by their neighbors. This is particularly true as the current up zoning unleashes 4-7 story buildings on our boulevards and downtown. The first tall (or even existing) buildings built take out permanently the solar access ability of their eastern, western and northern neighbors. In other words the tall buildings mandated by the forthcoming upcoming precludes the City from becoming sustainable and dooms it to a relentless downward spiral of increasing local overheating and reduced ventilation.
So we need a solar access ordinance that protects a portion of the affected neighbor’s lots or buildings, from shading by new construction and also exempts lots or buildings that by their current neighbor’s configuration, can never achieve net zero. In addition for those buildings that cannot achieve net zero on their own, they can still contribute to our sustainability needs by providing grid power storage. As solar capacity increases City wide, the ability to produce power will exceed the actual daytime need and batteries or other storage devices will be needed to store power into the night when fossil fuel power kicks in. The trade off is either your building produces local power or stores it or both, but all buildings are involved in local fossil fuel use reduction. These are sophisticated trade off models that the planning community should be developing and implementing now as $6/gal gas and global warming bears down on our residents.

Urban trees are the most natural and easiest way to reduce the heat island effect where the intensity of human activity spikes the city temperature compared to the adjacent countryside. Shaded streets are typically 10 degrees cooler than tree less streets, not to mention such shady streets have higher property values. While the City does a heroic job in transitioning the urban street forest to more drought and desert tolerant trees, the loss of private trees by the State mandated upzoning, undoes any gains from the City’s public tree efforts. Essentially private development, which typically covers the entire lot, not only increases the urban cooling burden but is shifting that burden from private property to the public right of way and parks. Thus protecting private trees must be part of any City’s overall cooling strategy. Many cities have private tree ordinances that tradeoff the need for flexibility in development with the need to preserve or replace private trees. Our City needs one now as the encroaching upzoning starts to clearcut our urban forest.

These are just three examples of many possible sustainable initiatives. They are complex planning issues that need our attention now. They would have an immediate benefit for our City instead of letting the myopic deadly high-rise dictates from Sacramento drive our development patterns. Like most significant changes these are trade offs that need to be carefully calibrated and buttressed with community buy-in. But failure to do so is willful blindness. It should not take a Swedish teenager or a climate activist self immolating himself on the Supreme Court steps to do what we know needs to be done now. Remember, failure to plan is planning to fail.